When was the last time you had your legs in the air? - Annabel & Grace 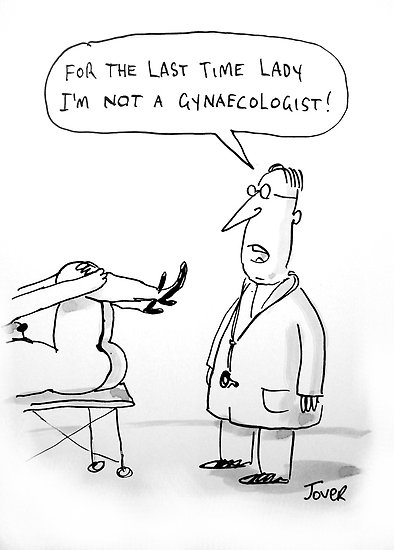 There are days when being a woman just is not fun! And yesterday was one of them….

There I was on a Tuesday morning lying naked from the waist down with my legs in the air  whilst a complete stranger gently inserted a large cold object up my nether regions, yes it was time for a cervical screen test!! When I was young I would have hated such an invasion of privacy, well certainly by such a nurse (!) but now after 4 babies, all inhibitions have gone and I just do as I am told and I know what Grace and Ellie are going to say to that!

As I lay there thinking when was the last time I took a test, probably my driving test and I passed that first time so would my body pass this test and then the nurse suddenly asked, “do you have regular sex?”

Now what sort of question is that? Was it because I yelped as she shoved her equipment up me and therefore it showed signs that such an invasion was a rarity? However what is regular when you are 55 years and your spouse is in his 60’s? I replied in a vague manner. “I think so.”

A bit put out at this assumption I replied, “No it was the regular part that threw me, I mean what is regular? Every night, every week, on special days only?”

However before she could answer I told her that I was going to change my answer to, yes I do, as quite frankly OH and I think we do have it quite regularly but it is hardly something we compare with other couples at dinner parties!

I tell you what Grace, it may only have been 11.30 a.m. on a Tuesday morning but I needed a drink after that ordeal which luckily is not, according to Nurse, going to be a regular occurrence as the next one is in 5 years, so I pointed out to Nurse, ” more regular than sex then!!” And I rushed off chuckling!