I mentioned last week that I have begun openly talking about Christmas. And of course not everyone has been pleased to hear the ‘C-word’ in October. If I have caused you any stress I am sorry. I realise now that I should have eased everyone in by talking about skiing holidays. There is just nothing like skiing for clearing your mind of any seasonal concerns. For me skiing is such an immediate experience that I can’t possibly think about anything else. The charging downhill, avoiding obstacles, feeling the rush of cold wind and hot adrenalin… and I find ski lifts are one of the few places in the world where I can get a sense of what people mean when they say a ‘zen-like’ state. You can’t do anything but wait and enjoy the miraculous view. So, let it snow, let it snow, let it snow!

Ski weekend in Morzine
Just a short dash from Geneva airport, Morzine has all the charms and trimmings of a French alpine town so it’s ideal for a ski weekend. When the lake freezes it’s the perfect skating rink, and the hills surrounding the town are perfect for a gentle off-piste ramble. It’s capital of the Portes du Soleil region, so has the best après ski and atmosphere in the region, but its low altitude means that you might not get snow here until the season starts a-proper – you can always enjoy the town’s many charms though, and catch the cablecar upwards… 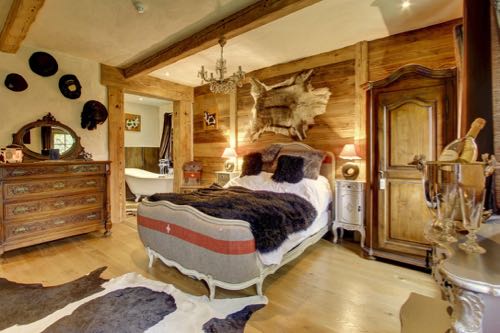 Where to Stay?
In a pretty, traditional looking alpine village just outside Morzine, La Ferme du Lac Vert, is a beautiful converted chalet built in 1842 with 14 sumptuous rooms and lovely views. The new decor incorporates modern art and top notch hot tubs in amongst the antiques and original features, and along with those 14 rooms there’s a six man mini-chalet for groups or families. As well as four course suppers prepared by AA Rosette chefs they do a delicious afternoon tea and canapés. Book for a week during January and save £100 per person, with doubles starting from £256 per night ‘chalet board’.
Practical Details: 90kms from Geneva airport, which is well connected to the UK, from there Morzine is a short drive, transfer or bus ride. You can also take the Eurostar then get the fast TGV trains via Paris or Lyon, then Cluses or Thonon. January and February are the closest months, but even then Morzine’s lows hover around -1 and -2°C.

Ski for miles in Courchevel
Courchevel’s runs are well-groomed, its lift system is efficient and the views are bracingly beautiful. This resort has four villages: Le Praz, the traditional French alpine village with wooden chalets and excellent bars and restaurants has become Courchevel 1300; Courchevel 1550 has a lot of self-catering and privately owned chalets; Courchevel 1650 is great for families and has great skiing; and Courchevel 1850 is basically the St Tropez of the alps, with fantastic après ski, world class hotels and 11 Michelin stars shared between seven restaurants.

Where to Stay?
Le Portetta, in Courchevel 1650, is a relaxing family-friendly hotel right on the slopes. The English owners have created a rustic chic feel, there are sun-drenched terraces, a glamorous spa and in-house ski rental to keep it simple. As well as spacious rooms there are six loft suites – one which sleeps up to six. Perfect place to learn to ski. Rooms start from around £140 per night.
Practical Details: Geneva and Lyon are the two closest airports to Courchevel, and from there you can catch the train to Moutiers and then a taxi for around €50. Alternatively there are numerous companies offering transfers – via helicopter if you like. That is is you’re not chartering a private jet and flying directly into Courchevel’s own small airport. December and January are Courchevel’s coldest months, with lows around -5°C.

Spectacular and reliable Verbier
Verbier hardly shuts between seasons – bar a few weeks in May and October – otherwise there’s always something happening in this gem of a ski resort. The location is more than stunning, with views of both the Matterhorn and Mont Blanc, there are 80 lifts accessing 400kms worth of runs – where the snow is pretty reliable, and the thrills are too, and the après ski is arguable the best in Switzerland. Book early or late and you’ll probably still find great snow as well as a great time. 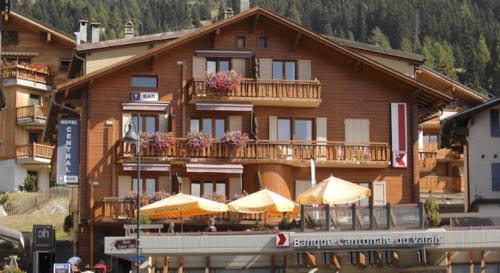 Where to Stay?
The Central Hotel is a compact gem. There are just nine light, airy rooms – with all the tech. you need, some with jacuzzis too. From steaming baths you can check out what’s going on on the Place Centrale – through double-glazed windows of course, and the Birchermüsli is apparently amazing. Luckily the doubles start from around £150 including breakfast.
Practical Details: At just under two hours away, Geneva airport is closest to Verbier. From there you can hire a car or taxi, arrange a transfer or take the train to Le Chable, just below Verbier. The coldest months in Verbier are December and January when the average lows are around -4°C.

Something for everyone in St. Anton
When combined with Lech and Zurs, St. Anton has around 440kms worth of skiing terrain – which will take you more than a week to ski through. There’s something for everyone, from those just starting out in ski school to experts. Off the slopes St. Anton is an overgrown village with great shopping, food and après ski and other wintery pursuits like skating or sledding. 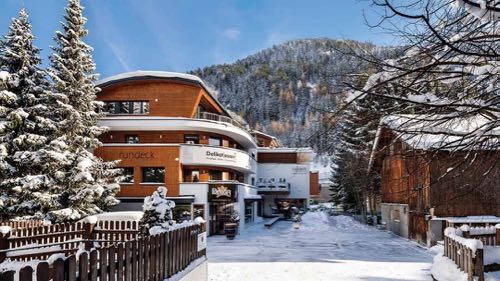 Where to Stay?
The Hotel Rundeck is a family-run chalet with 27, contemporary rooms and apartments, all with great floor to ceiling windows. As well as accommodating families in the large living spaces of the apartments, the hotel also has a children’s playground, a spa, saunas, a gym and a games room. And you’re just five minutes from the cable car. Doubles start from around £200 including breakfast.
Practical Details: Innsbruck – around 100kms away, and Zurich – around 200kms away, are the airports with the best links between the UK and St. Anton. From there you can get a shuttle transfer, a taxi, or catch the train all the way into St. Anton. February and March are generally the coldest months in St. Anton, with average low temperatures around -7°C.

Legendary Chamonix
Beautiful beloved of winter sports enthusiasts of Olympic standard downward, Chamonix  is so dramatically beautiful to be almost unbelievable – especially in this photoshopping era. For many people the highlight of a visit to Chamonix is the view from the Aiguille du Midi cable car, heading towards perpendicular cliffs. For some it’s the view of Mont Blanc as she towers above the Chamonix cafe in which a hot chocolate is being sipped. And both the skiing and the après ski are legendary. 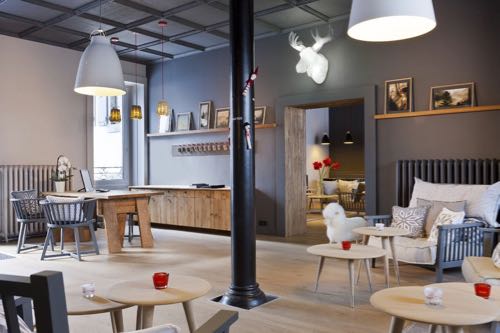 Where to Stay?
Chic and cosy Le Faucigny is a welcoming guesthouse with 28 small, functional rooms. There’s no restaurant, but there are comfortable communal areas – with board games – and they do a complimentary afternoon tea. Plus you’re within a short walk of all Chamonix has to offer. Doubles start from around £120 per night.
Practical Details: Chamonix is properly cold. All the other resorts mentioned have hovered around the -5°C. mark at their coldest, but during December and January the average minimum temperature in Chamonix is around -15°C. Geneva airport is about an hour and 15minutes from the resort and it’s going to be the best choice for most people travelling from the UK. You could also travel via Eurostar and TGV via Paris or Lyon and Saint Gervais Les Bains.