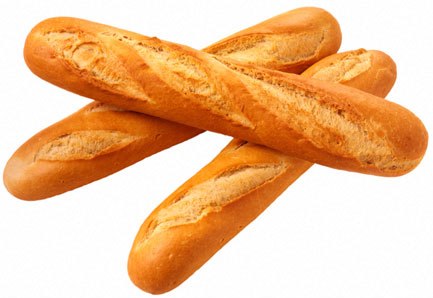 Before the French revolution the French peasant lead a poor and humble life. However, once they had removed the heads of anybody who annoyed them, their lives changed, particularly in the form of their daily bread. Before things got a bit nasty between the wealthy and the poor, the peasants in France were only allowed to eat brown bread, made from unwanted flour when refining. Bleached white flour was saved for the delicate palates of the aristocracy. 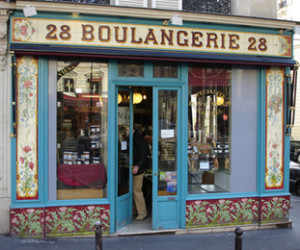 You may have wondered why, when holidaying in France, the boulangeries are open so often (even Christmas Day).  The main reason being that traditional baguettes do not stay fresh for very long so they bake little and often.  The other reason is that it is now the right of every French citizen to eat refined white flour as much as possible – as those greedy aristocrats no longer exist (well, not in the large numbers they once did!).  As they don’t keep well (baguettes, that is, not aristocrats) they have to buy it often and do so with pride.  I love the sight of people walking down the street with a baguette tucked under their arm. You just know how delicious it will be, spread with unsalted butter, topped with some yummy pâté and a bit of healthy tomato on the side.  It is interesting now that fashions have changed.  We can actually buy wholemeal and rye bread in the boulangerie, which we prefer for health reasons.  I always knew I was a peasant at heart!

In this particular region of the Quercy, a land rich with history and beautiful architecture of flipped-ended tiled roofs and stone built honey coloured houses, there are a profusion of “pigeonniers” or pigeon houses.  The history of these buildings is also tied in with the French revolution.  Before the peasants lost their heads and removed the heads of the aristocrats, only the nobility were allowed to keep pigeons or any other form of game for that matter.  This was primarily because pigeons could be used for communication like “look out, there’s a guillotine behind you”. Their droppings were used for fertiliser and obviously, they tasted delicious.  Pigonniers were often a status symbol and an indication of religion.  The larger the pigonnier and further away from the main house they were built, was an indication of how wealthy the household was.  It is said that round pigonniers meant a catholic family and square ones protestant, but that is still debated locally.  And with all that historical information for you to digest I will leave you with one of my favourite sayings.  “Some days you are the pigeon and some days you are the statue.”