A listening heart - why we all need one / CountryWives

Cancer… is something that other people get. Just 6 little letters but enough to send a chill through everyone of us. When the tin is rattled we give, but mercifully most of us don’t know what it is like to have the big C.

Yesterday I went to see my oldest and dearest friend. We have known each other since we were twelve. She followed me to RADA, we shared flats, and boyfriends, and clothes. We slept in digs which were so cold we had to put the carpet on the beds. We went to debutante dances together, danced all night and then rushed to RADA in the morning to rehearsal having not had a wink of sleep!

We very nearly got arrested in Green Park for having photos taken – the publicity photographer was obsessed with my boobs – narrowly missing having to appear in front of my friend’s father who happened to be a judge on that particular circuit. It was only because the kindly policeman knew my friend’s father, and regularly had a pint with him, that he let us off. To this day some of the Royal parks still have some very strange rules.

During my early days in Rep I introduced my friend to someone in our company, and within weeks she had run off and married him! I then had to endure her mother’s venom and wrath that he didn’t come from “the right drawer”! What have drawers got to do with it? Fortunately “the boy did good” and her mother got invited to premieres and first nights, and so she slowly changed her mind. Fickle aristo!

We had our children at the same time and she even moved house for me once, greater love hath no friend. She has run a film company, has a portfolio of houses, and ensured that both her children have had a really good start in life. She is no longer married to the famous actor. 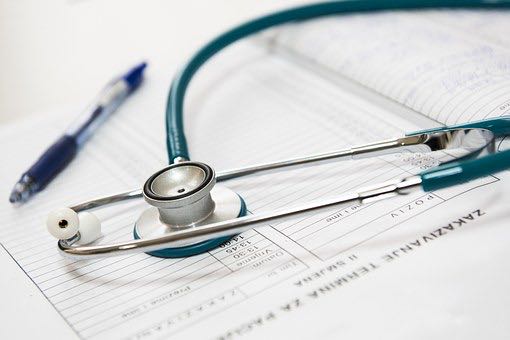 Yesterday I went to London to see her. And be with her while she had final tests before her cancerous kidney is taken out. She has been messed about for the past two months within the NHS system, with doctors giving her conflicting opinions, and wrong and delayed diagnosis. She has had a vicious infection and now, in desperation, she has cashed in her ISA’s and is going the private route.

I was really shocked when I saw her. Her beautiful skin was parchment white, she had lost weight, and was pretty wobbly on her legs. But it was the confusion that I noticed most of all. She had spent the best part of three hours having tests and she couldn’t remember what the specialist nurse had said to her. She seemed not to have a clear picture of what was going to happen to her body, or what arrangements she should be making for when she comes out of hospital.

Of course until they open her up no one really knows what the plan of action will be, but I would have thought that she would have come out armed with some sort of notes or guidance as to what she should expect even if there are three or four options. She is so muddled (and this may be the cancer affecting her brain… and I should add I am no doctor) but it seems she didn’t ask questions. I think she is in deep shock.

We had lunch afterwards and she said it gave her a real jolt when the nurse told her that, as a cancer sufferer, she was entitled to various different free treatments. Somehow she hadn’t taken on that vile word. I kicked myself for not arriving three hours earlier to see her – I could have gone with her and taken notes. Yes we have had lots of telephone calls over the past few weeks, but I hadn’t really” got” the situation and in characteristic form she was shielding her children and not burdening them. Her oldest son is north of 49 for goodness sake.

Why am I writing this? Because I’m cross with myself for not being a better friend. For not picking up on the situation faster. If you are not married or do not have a partner, you suddenly feel very alone and the burden of yourself is hard. We are not used to looking after ourselves and most of us are very bad at it. We are by nature kindly and love to give, but sometimes we need to learn to receive.

If ever you are in this situation please ask for help.You don’t have to do this alone. I’m beating myself up that I didn’t think to help her more. And I’m cross that she didn’t even think of asking me to be there…

What have I learnt? I guess volunteer more often. People can always refuse. And we must make it easy for the person to refuse if they want to. But never refuse them. Accept how they feel and listen to their anger without trying to make it better – because we cannot.

Sometime ago I met an amazing lady who started the charity for bereaved parents of very young children. When I asked her what she did, she replied: “I have a listening heart”.

I think I need my ears tested.