We recently ran a competition for someone to become a blogger on our site for a month; we hoped that we would get entries from people with different outlooks on life to our own. We were thrilled with the entrants and from these we chose a winner who you will be hearing from next month. However we could not limit it to just one winner as we received the following piece from Kirsty and we wanted to share it with our readers as it gives not only an informative look at her life with a son who has Aspergers Syndrome, but also a very poignant one. We are hoping that this will encourage Kirsty to continue writing and sharing stories from her life. 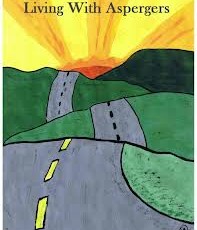 I have thought for a long time about whether to post about how as a family we live with Aspergers Syndrome. Today, I went on a course for parents of children and have come away from it feeling that it is important for me to blog about it; to have a record of what it is, how it affects us as a family both positively and not so and also so that my eldest son, aged 10, who has the diagnosis, has something he can read which is written by me, his Mum and not by a Health Professional or Researcher.

Anyway, the boring blurb bit first, just in case you don’t know anything about it…

Aspergers Syndrome is a form of Autism and is part of a range of disorders under the umbrella of ‘Autistic Spectrum Disorders’.  Children diagnosed with Aspergers tend to be described as the ‘most able’ autistic children.  They are usually educated in main stream schools and do not have as many difficulties with language and learning as other autistic children.  It affects more boys than girls.

The main difficulties they do have are:

My son probably showed signs of having Aspergers from an early age..I just didn’t recognise it.  He was my first child and I just thought he was incredibly hard work.  He never played with toys or amused himself; I could never take him to the hairdressers..he would have the most enormous meltdown, the hairdresser would say that she couldn’t cut his hair and we would leave the salon.  Eventually he did allow my lovely next door neighbour, who had been a hairdresser before she retired, to cut it as long as she did it very quickly. I am so grateful that I didn’t have to resort to cutting it while he was asleep; he would have ended up with scarecrow hair 🙂  Now he still doesn’t like the hairdressers but he will go as long as he doesn’t have to have too much cut.  He also does not like having his nails cut as he says it hurts.  Lots of children with Aspergers display these hypersensitivites to sound, light, smell, and texture which can cause them problems with eating food.  He also hated getting new shoes or putting on new clothes when he was little and his tantrums could last for 2 hours over putting on his coat.  Eventually I used to sit and read a book while I waited for him to ride it out.

Now he’s older, we don’t have tantrums and it is easier to reason with him about why he needs to do certain socially acceptable things such as showering, washing hair and changing 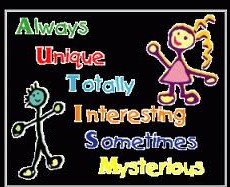 clothes regularly.  He doesn’t see the point but understands that to be part of society you need to do these things.  However, we are hitting puberty and he has become very argumentative and gets very angry, so we are now facing battles over homework which he sees as belonging to his school day and not something to be undertaken at home. Those with Aspergers tend to live their life in separate compartments and find it difficult when things lap over between these various aspects of their day to day lives.  He has also always struggled with friendships; we have never had friends over from school and he struggles in groups.  He gets called ‘weird’ at school and appears eccentric because he wants to talk about some of the most off the wall subjects.  However, he has recently become friendly with a boy in his class and I hope that when he moves up to High School where the peer group is much larger he will find his niche.

He is also the most loving boy with a strong sense of what is right and wrong, extremely bright and a very talented violin player.  Life will always be more difficult for him that most of his peer group but I know that with our help and support he will hopefully thrive and be happy.

Further information is available through the National Autistic Society who can also put you in touch with local groups that can offer support. Their website is