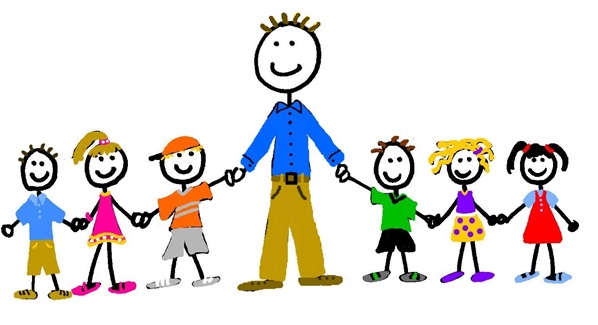 A few days ago, my 8 year old son burst into tears on seeing me waiting for him at the school gates. He has never cried at school for any reason other than a playground injury so you can imagine my concern on seeing his tearstained face. Once calmed, cuddled and reassured he confided in me that his teacher, Mr A. had announced to the class that he will be leaving at the end of the academic year. I already knew and I never anticipated such a reaction from my son. If I had, I would have found a way to break it to him gently. We are a small village school and Mr A. is the only male member of staff. So in a sea of female teachers and staff Mr A. is a breath of fresh air. His relaxed approach to teaching and his acceptance of the chaos boys bring makes his class one that not only the kids look forward to joining, but the parents too. Mr A’s class assemblies always have the parents in stitches, if not for the content then for the mere randomness of the chosen subjects. Like most men, organisation isn’t his strongest point, but he is animated, keen and always reassuring and supportive to all his pupils. My son thinks he’s brilliant. 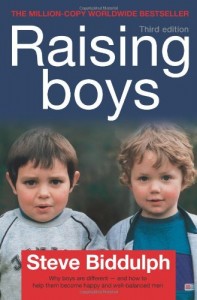 In the book Raising Boys by Steven Bidulph, he highlights the importance of male role models at various stages of childhood. (If you have sons or grandsons, this book is brilliant, reassuring, inspiring and educating). My son is now at an age when male influences are key to his emotional maturity. According to Bidulph, boys of my sons age need not only strong male influences within the family network but also at school. So, with the only male in the school leaving this void raises several questions, most importantly: What are our chances of having another male teacher? And just how important is the male influence at a primary school? Given a child spends six hours a day being influenced and educated by the adults in a school surely a single sex staff is unbalanced?

Unfortunately for us the statistics are against us, in fact they are scarily low. Only 12% of primary school teachers are male and a quarter of schools in the UK are staffed entirely by women. I can now confirm that we are now unfortunately one of them. Mr A’s replacement is a female. I’ll confess she is brilliant and will bring a different dimension to the school but like most parents we can’t help but feel that the school has let us and, most importantly, our children down by not having a male teacher in the school.

Thankfully this subject has come to the government’s attention and it now realises the crucial need to introduce more male primary school teachers. Last year Tom Bunbury, headmaster of Papplewick School Ascot, raised the issue at a conference explaining “Boys need, in a sense, these inspirational role models teaching them in a way that’s very dynamic and energetic and that often comes from males simply because that’s the more natural way for them to teach.” The learning techniques between the sexes widens as the children climb up the academic ladder. Tom Bunbury confirms that “There is no doubt that boys work in a different way to girls. Girls seem to be more compliant and will take part in a lesson come what may, whereas boys will be extremely fidgety unless they are genuinely inspired by what’s in front of them”.

It has also been noted by MPs that KS1 and KS2 boys are falling behind in reading at an early age because of a lack of male primary school teachers. A very common view held by boys is that reading is boring and is not academically beneficial, not exactly a healthy nor conducive mentality to start off their academic years. Boys need a male role models at school and it should be the aim of every primary school in the country to offer that to their pupils. In a recent speech Mr Gove said more male teachers were needed, especially in primary schools “to provide children who often lack male role models at home with male authority figures who can display both strength and sensitivity”.

The issue is slowly being addressed with Mr Gove’s “troops to teachers” programme which was launched this year with an aim to “ensure that there are many more male role models entering teaching”. Although it is good to know the issue is being addressed, unfortunately I believe it will be too late for my sons .