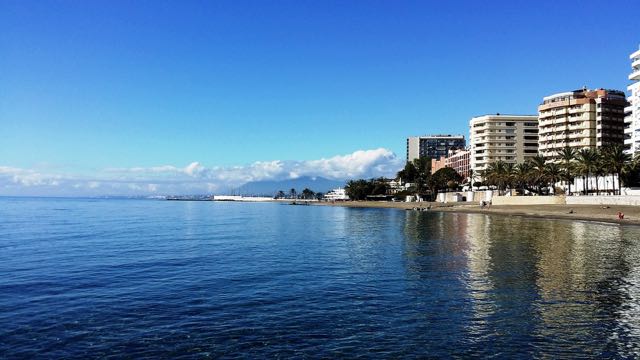 I have just come back from Marbella! Everything that people say about Marbella is true. It is absolutely over the top, blingy beyond belief, and one of the best people-watching towns in the world. No longer is it the smelly little fishing village that I knew in 1964! I have visited a couple of times since then and every time I just love watching how the celebs (or wannabe celebs) live. Marbella bling lives on and I love it.

The climate in Marbella is heavenly and the surrounding area is littered with golf courses and the majestic rocky mountain that looks exactly like the Paramount picture. Sean Connery, Toni Dalli, Lionel Bart and Shirley Bassey were all early residents. Where there are stars the fat wallet brigade follow. There are wonderful shops and luxurious villas in gated and high-wall complexes.

I flew out two weeks before Christmas to help my friend ( the one I walked the Camino with) to prepare for a Boxing Day party for thirty people. I am not known for my cooking skills but I am a very good washer-upper and cleaner, very much needed when the maid is away on her Christmas break!

No where but Marbella can you see women with their entire jewellery collection being worn at one time! No fur can be too opulent or OTT, and no dress can be tiny enough or more revealing. Rhinestones and sequins, leather and chains abound. 7-inch heels in Marbella are still de rigeur, and if the boots are crutch high – even better.

The most beautiful girls are squired by mostly not so beautiful men, often half their size, but here in Marbella it is not the height but the weight that matters – the weight of the wallet that is.

The private clinics of Marbella are legendary and I was amazed that the Barbie doll look is still in! You know those long-legged dolls with ridiculously huge Katie Price boobs that stand 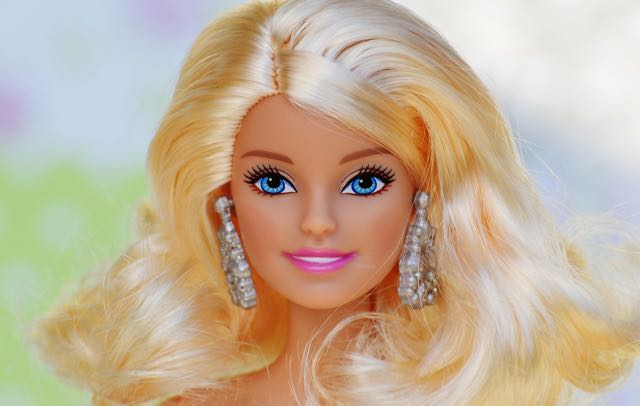 up on their own, defying all gravity. It amazes me since, in all honesty, that’s a look that has been going since Vadim discovered Bardot, and that’s a really long time ago.

On Christmas Eve the three of us, my Camino friend, Sassy, who had arrived bubbling with excitement and expectation two days before Xmas, and I, went to the MC (Marbella Club) for a drink. I say “A DRINK” because you need a mortgage for two but it’s worth it and it’s the best people watching ever.

You arrive, park the car, or they will do it for you and even the parking guys are gorgeous, and then you make your way towards the bar. We did have a Cinderella moment as we arrived. Mysteriously my Camino friend, on arrival, had lost one shoe. Apparently she had decided not to drive in her glittery, impossibly high shoes, and had kicked them off and worn her well-worn jellies  which are normally used for the beach. We looked everywhere and I have to say my friend was wonderful as I think I would have had a serious wobble with only one shoe at somewhere so prestigious but, if you’ll excuse the pun, she didn’t wobble once! You are ushered onwards, by a succession of Prince Charmings, through twinkly-lit trees and pristine walkways. Everything seemed to be gold, handrails knobs and knockers, even the fish in the landscaped pools. We knocked on the impressive Spanish door. It was odd that it was closed. I feared they might be closed.

The Major Domo, charm himself, greeted us in perfect English, or whatever language you speak! We peeked past him to the inner sanctum, to the dining room which glittered. It was all set for a Gala Dinner and it was pure Cinderella at the Prince’s Palace with shining wine glasses, chandeliers, snow-white damask, and so many knives and forks on either side of the settings it would make Mr Carson shudder.

“We are closed”, said our charming major Domo. “But do not worry, please come in and have a drink as it will be two hours before the diners arrive.”

With effortless courtesy and five-star service we were led through to the glorious dining room and onto a table by the bar. For the first time in my life I felt as if I were royal. You feel a million dollars as you glide to your table. The cocktail menu was brought to us and Sassy and I chose Gin and Tonic and my friend a glass of champagne. I can honestly say that the 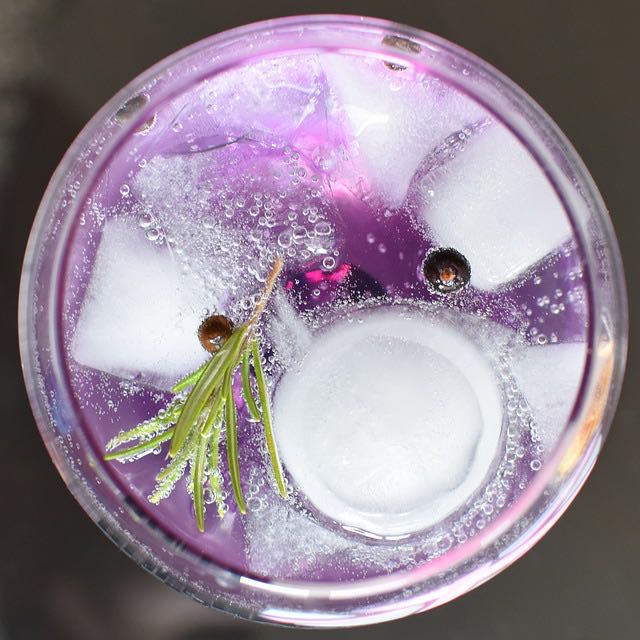 service we received was the best I think I have ever encountered, everything that is served is valued, even the minuscule canapés . Our drinks arrived in glasses the size of goldfish bowls. They were stacked with ice and the gin, having been previously selected, was brought for for us to admire the bottle. The waiter poured the gin and he did not stop until you tell him! I honestly could have had an entire goldfish bowl full of Blue Sapphire, had I wanted to, but of course, being mindful of where you are and not yet having received the bill, you touch your glass on the side and say thank you gracefully, at an appropriate moment. In hindsight I wish I had had more!

Suddenly some new people appeared in the bar and I felt as if a page of Hello magazine had come to life. First of all a beautifully dressed Marbella blond appeared with equally tanned suave and well-groomed. maybe Spanish, looking husband and his hair was long. Then two sons wearing identically well cut suits. They were aged about nine and eleven years. Both were bored stiff and wishing they could have been left at home. Then the piece de resistance, a little girl aged about four who was very pretty and blonde like her mother. She was a mini Barbie, dressed in pink tights and pink shoes with a pink tutu dress and pink fur coat. She actually looked very sweet but my mouth dropped open at the absolutely glorious unadulterated blingyness of it all.

The waiter approached me with the canapés – I told you the service was good, open your mouth and a canapé is offered?

More people arrived who had also, no doubt, been told that they too would be allowed in for a drink before the Gala Dinner started. Yet again everyone was more than interestingly dresses. The babble of half a dozen languages, much kissing and taking off of mink coats filled the exquisite bar. I was still fascinated by the beautiful family and was racking my brains to try and think of which minor royals, long exiled, they could they be? Perhaps some prince of Bohemia maybe or a famous footballer from Real Madrid but I’m rubbish on football players. Maybe grandchildren of some Hollywood actor that I didn’t know? As we rose to leave, to go on to our dinner booking elsewhere, my curiosity got the better of me. I purposely walked past their table to hear what language they were speaking and guess what, it was our very own smarty-tarty Estuary English! Blow me over with a feather.

“Probably a successful plumber out here,” said my friend, as she was still smarting from a bill she had paid a few days ago when the house had developed heating problems.

On we went for dinner feeling poorer in wallet but richer in spirit as our bill had come to £50 for three drinks but it was worth every penny.

Cinderella fortunately found her other silver slipper in the drive when we got home, thank goodness she hadn’t run it over as we surely would have had a flat tyre with all those diamonds.

The next day we went off to Christmas dinner for thirty at a friend’s house. It was truly magnificent in a wonderful old Finca decorated to the nines with a Christmas tree that reached the ceiling. The Boys, I always call them the boys even though they are just a bit younger than me, are wonderful hosts and even better cooks. They have huge style and their Christmas lunches are legendary. An invitation to their Christmas lunch is like hens’ teeth so I’m lucky to be one of the in-set. A further surprise was when Father Christmas arrived and, guess what, I sat on his knee – haven’t done that for a while! 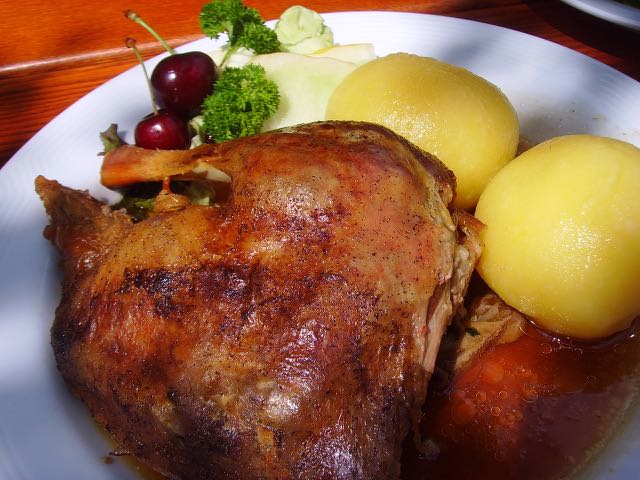 Boxing day was our lunch party for another thirty people. The day dawned bright, well when I say dawned in Marbella that is 10am. My Camino friend is a marvellous cook. I have to say I was slightly worried we only had only four hours to get it all done before out guests arrived. Well after all there were three of us…..wrong….Sassy had got a teensy weeny bit over-excited on Christmas Day and so she was suffering on Boxing Day. She looked like living death therefore she was obviously not going to be any help at all. Camino Friend and I got stuck in – now I know why cooks have scullery maids. It’s a really good partnership and it saves me the worry of actually cooking so I loved it. My challenge was to wash up faster than Camino could use the utensils and get the things put away in the right places in a strange kitchen. We were producing hot roast goose, red cabbage and roast potatoes, cold sweet ham, cold turkey and three Asian salads (my department). Also a drink-laden trifle, chestnut and chocolate mousse (to die for), Christmas pudding, brandy butter, mince pies, cheese and quince jelly, and canapés. Well I think that’s a lot! Having achieved everything on time, our guests arrived on the dot of 2pm.

It was such a glorious day and everyone gravitated to the huge terrace so the entire party took place on the terrace. There we were, on Boxing Day, sitting in the sun eating roast goose and roast potatoes. I do understand why people live in Marbella.

I wish you all a very Happy New Year. I am off to see my grandchildren in Australia and, although Christmas was absolutely marvellous, I did miss those little people, aged 4 and 2yrs, climbing into my bed at 5am on Christmas morning. And of course hearing what Father Christmas had brought them. If you are lucky enough to still have your family around you cherish them as the years go by very quickly. I’ve got a birthday in two days time and I don’t know where the year went.

Ooooh one more thing… I went to a clairvoyant in Marbella and she told me I was going to meet a man in the next three months. My sons have already told me they are putting me in a straight-jacket if I meet another man but my granddaughter has offered to take me clubbing – what a lucky Granny I am!