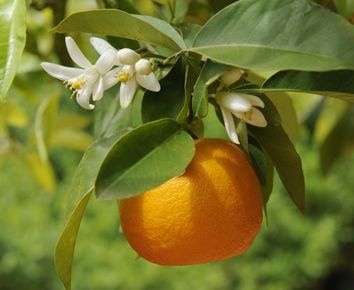 With the weather looking miserable again, I decided to spend an afternoon with my preserving pan.  Making marmalade is something I have always wanted to do but never found the time for.  Seville oranges are only available in January and February and their bitter taste results in the most perfect marmalade.  So with the rain hitting the kitchen window, Jerry reading the Sunday papers and the girls glued to a new Tractor Ted DVD, I simply couldn’t pass up the opportunity to have a go with some Seville oranges I found in our village shop this week.  The smell of orange wafting through the house was heavenly.

I love Pam Corbin’s whole fruit method which can be found here and have adapted my own recipe slightly from this.

2kg granulated sugar (if you like a darker, more caramelised tasting marmalade, see below for alternatives)

Wash the oranges and take out their little buttons from the bottoms.  Measure out 2½ litres of water and pour into a large pan, adding your oranges whole.  I boiled mine for 3 hours – they are ready when the skin can easily be pierced and is soft.  Leave in the water overnight to cool with the lid of the pan on.

In the morning, remove the oranges.  DO NOT discard the water – leave it in the pan.  At this point, it might be worth checking how much water is left – at least 1.7 litres is needed so measure the water with a measuring jug and add more if necessary.

Cut the oranges in half and remove any pips with your fingers.  I would suggest that you do this by removing them into a sieve over a large bowl as the valuable juice tends to go everywhere.  Squeeze any juice out and add it to the pan with the cooking water.

Slice the orange skins for the peel now – we like ‘thin cut’ in our house so sliced ours thinly.  However with lots of oranges to slice, some of the peel predictably was a bit on the thick side as I was in a rush to get the marmalade on my toast! Add the lemon or lime juice – I added a mixture as I like the added flavour that lime juice brings to this.  Weigh out your sugar and add this to the pan too.

Now stir until the sugar dissolves and bring to the boil, allowing to the mixture to boil for 10-15 minutes.  I find that often my preserves can take a bit longer to reach setting point for some reason but there is an invaluable method of testing.  Place a metal spoon into the mixture.  Remove the spoon, place on a cold plate or bowl and allow the marmalade to cool.  If you can push the mixture with your finger and it wrinkles up a bit then it has reached its setting point.  If not, boil for a bit longer.  Do not boil more than 20 minutes though as the pectin in the peel can be destroyed and result in a runny marmalade.  A failsafe method is to use a jam thermometer and when the marmalade has reached 105C/220F, then it has reached setting point. 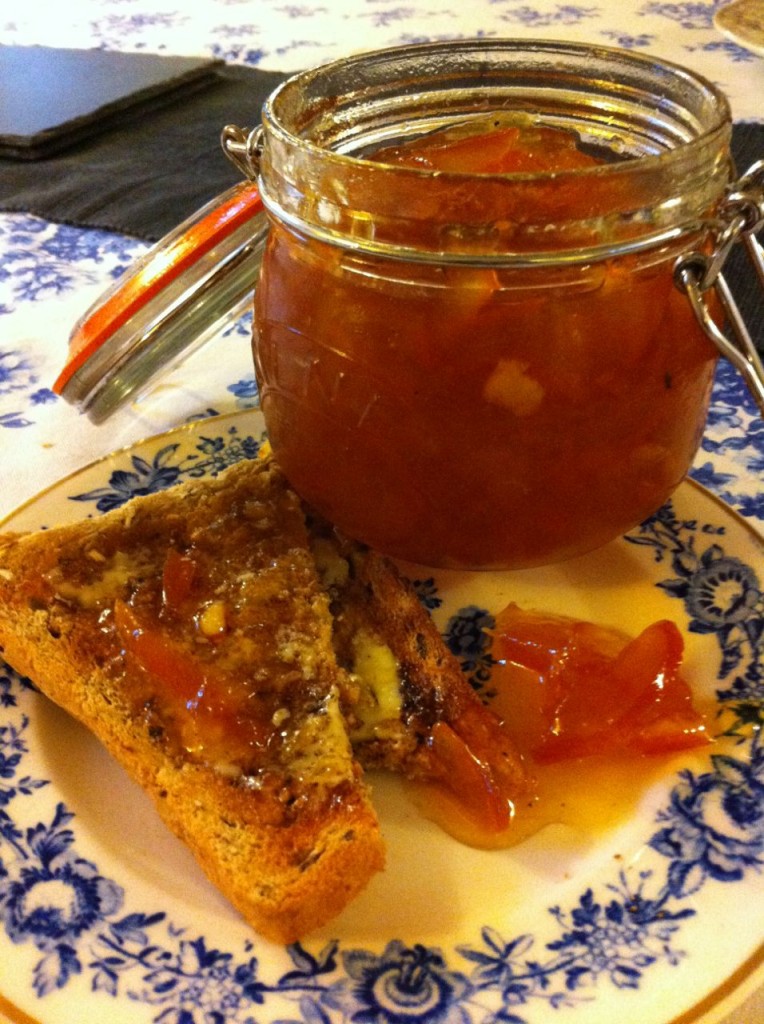 Once the marmalade has reached setting point, turn down the heat and leave to cool slightly.  Sterilise your jars by washing in hot soapy water and placing in an oven at low temperature to fully dry.  Stir the marmalade before ladling it into the jars.  The peel tends to rise to the top if not stirred.  Seal your jars and leave for 12 hours at least to set and settle.  This recipe makes roughly 5 large jars and should keep for up to a year.

Play around with the recipe!