Merrily down the stream / Annabel and Grace at CountryWives 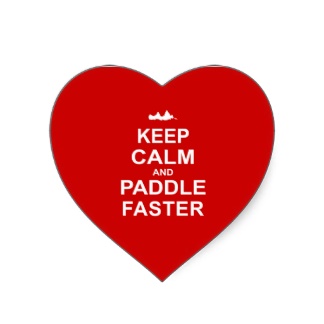 Bonjour a tout la monde – I think I left my last blog with the words “quick, the sun is shining, gotta dash!” and indeed it hasn’t stopped since. Oh bliss… here in France the world almost stops when it gets hot, well certainly in this particular area which is a very sleepy little hamlet of medieval stone houses. After a visit to India a couple of years ago, I am quite convinced that if a rural Indian were to visit rural France he would think the world had ended as nothing moves after midday, instead of everything happening very noisily all day and night in even the remotest Indian village. The French habit of keeping the shutters closed (you must leave an inch crack so any flies gravitate towards the sunshine and leave the house – how obvious is that!) makes all the houses look deserted. The sheep, which are the Quercy type, have large black eyes that make them look as though they are wearing sunglasses, gather in flocks and sleep under large shady oaks, with the occasional bleat from a youngster and a darting glare from its mother, as if to say “be quiet, child, the world has stopped, it’s midday”. Today it is 33*, very still but beautiful. Our week-long difficult guests leave tomorrow and I shan’t be sad to see them go, which I usually am when we have guests who stay for longer than the normal three to four days. In fact I am tempted to say “you’re treating this place like a hotel” with this particularly crowd. But I won’t bore you with b&b moans, we usually love it so it is always disappointing when you get some customers who make life a little difficult. 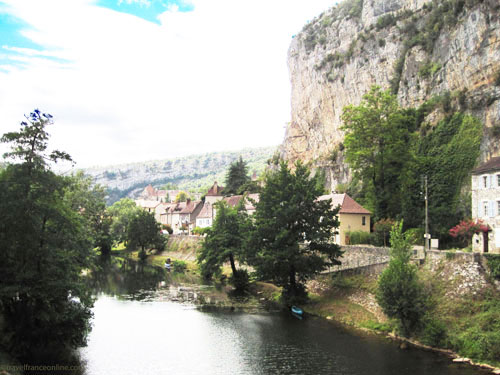 A couple of weeks ago eight of my UK best friends came to stay in a b&b locally (ours is too small to accommodate all of them and besides, when we get together we can be a pretty rowdy lot and I fear for the house and our neighbours!), which is their fifth visit since we moved here and John and I are very touched that they realise this is our little corner of paradise and now understand why. I love it that each time they discover new delights about the area and this time I suggested we all go canoeing. Like the UK, we have had the wettest spring on record and although we usually canoe on the Dordogne, felt that would be too wide and fast for those who hadn’t done it before and possibly a little dangerous. We chose the Cele valley river, which we pass every day but hadn’t canoed on before. It’s a narrow river of about two feet deep, with sun dappled banks of plane trees and root entangled banks, with the occasional sandy beach and inlet, on a rocky bed supporting a gentle stream…or so we thought. My friends are a noisy bunch and boating songs were already being sung before we got to the starting point and this before a snifter of an aperitif too! We were suitably fitted with life jackets, taken to the waters edge, introduced to our trusty vessels, given a pep talk on what to do and what not to do, and five canoes set off down this wonderful French river, with ten chattering Brits behaving like naughty children and enjoying the sheer pleasure of no pressure. The sight of gorges of grey and honey granite dominating the narrower parts were spectacular and then open fields of newly sprouting corn and barley rippling in the light breeze. We drifted along, paddles occasionally hitting the shallow, rocky bottom but the water was going quite fast so not much effort was required as it carried the canoes along with it. There was nobody else around as we gently floated down the river, marvelling at buzzards, herons, kingfishers, but much to the disappointment of the male crew, no beavers… 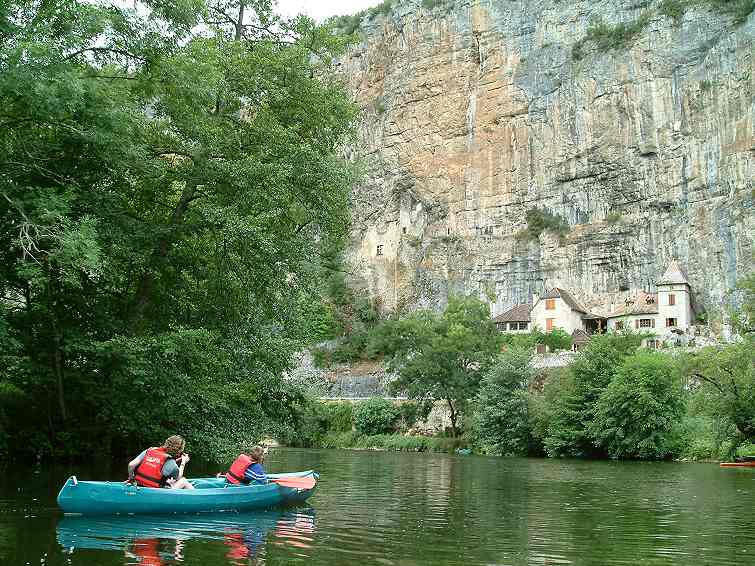 Occasionally we came across a little rapid and as J and I had canoed before, suggested that people steer into the middle of the rushing water and paddle fast to get through to the calm the other side. This all went well and they were all giggling and shouting that it was one of the best experiences they had had so far and MUST do it again. We were about half way along our trip of two hours when something spectacular occurred. Unfortunately, the centre of the spectacle was me. The recent heavy spring rains had choked the natural rocky weir so that only a small channel remained navigable. This little gateway was moving very fast over large boulders. Now all of our friends are slim, fit sods! J and I aren’t. Two had already gone over the weir successfully and paddled nonchalantly onwards, out of the way of those following, Nick and Rachel were in front of us, approached the top of the weir and got stuck on the rocks, they were too light to get any momentum to carry on. J and I were approaching fast and realised we had to paddle sharp left, just under the rocky bank, in order not to hit them. The water was extremely narrow and fast at that point and we were at totally the wrong angle. Rapids are quite noisy and all I can remember is J shouting “hold on!” as I felt myself being hurled over the side and under the canoe, my cheek (facial) being caressed by the rock as I was turned under the canoe and swiftly rolled down the river. The life jackets didn’t have crotch belts and I realised I was under the water, with the jacket floating up over my head. “Oh golly gosh” I thought or similar such polite phrases, “I’m going to drown” and then I remembered – “just stand up, Lou, it’s only two feet deep…” 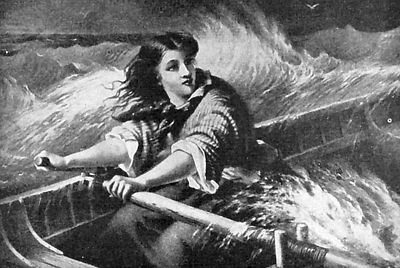 The others saw me emerge, spluttering and gasping. Everyone else came over the weir easily, Rachel had to get out of their canoe in order for Nick to carry on. I was left with extensive bruising down my right side and pulled some muscles, presumably as in my panic I was trying to grasp at anything I was swept past. However, much to my embarrassment it seemed to be a favourite picnicking spot and a large crowd of French families witnessed the whole event. I’m convinced the canoe company know that there is a problem at this part of the river and phone ahead to tell of any tourists about to meet their hapless fate. J and I had a favourite spot when we were courting (does that word still exist these days!) which was Hurley Lock on the River Thames, where would take a luscious picnic and sit and watch all those newbies in hire boats canon off the side of the lock and often fall in the water. I promise I will never do that again.