How Sassy got herself in the right mindset

Well I haven’t blogged for quite some time now – mainly because not too much to say really! However I thought it time to put pen to paper again (well figuratively speaking!) All is good. I can honestly say I am happy and in a good place. Genuinely really happy, which I haven’t been able to say in quite a while. And before you ask, no this does not involve a man. Once again I have cried off the dating game again as it inevitably leads to disappointment! 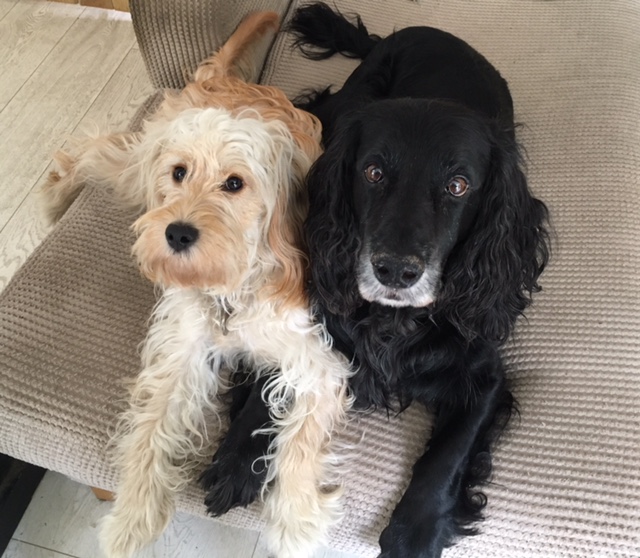 I am keeping myself busy and enjoying the change of the season by taking dogs on long walks on the crunchy leaves. I have an elderly spaniel with terminal cancer who is as sprightly as ever despite being deaf and partially blind. He was given a couple of months to live back in June but is still as bouncy as ever. And a puppy (now 1) who is the most gorgeous fluffy cockerpoo – utterly adorable and incredibly naughty! Beyond naughty actually. I took her on in February when she was already 6 months old and she had never been left alone. Consequently as soon as I left home for work each morning she systematically trashed the house. The coffee table has every corner chewed. The log basket was the first thing to go, completely ruined. The rocking chair has chewed rockers! And a carved wooden hippo that I loving carried all the way back from Zimbabwe is now eyeless and earless! Eventually I called in a dog behaviourist who told me exactly what I already knew – she’s bored. And instead of the quick 15 minutes poo and pee walk we normally had in the morning, I now have to walk them both for 45 minutes. Not a huge issue but 3 times a week I do classes at 6.30am. So I am now up at 5 in the cold and dark – but actually I have come to love these walks. There is no-one around and the stars are still out and it is fresh and frosty. Yes I know – ask me in a few weeks when it is also chucking it down with rain and I may not feel so keen!

I have to say the doggy training is going well. I freely admit that is mostly me being trained (rather than the cockapoo!).  She is now crated when I am at work. What I initially thought unkind, she loves. With all her toys and her blanket, it is her sanctuary. And my salvation.

I wasn’t expecting my elderly spaniel to still be with me at Christmas. As I am away then – travelling with BackPacking Granny –  I asked my EH to look after him. After all he was the family dog for 11 years. It was then I discovered that he and Fluff have a dog. They have a dog????  They both work all the time so how does that work? I find myself getting indignant – and remembering the Friends episode where Rachel gets vexed that Ross and Julie get a cat together!

Actually I don’t get vexed about EH anymore. I wouldn’t have him back if he crawled over broken glass. Songs, smells and triggers no longer leave me tearful. I am accepting of my future which was recently described by a dear friend as an unfinished book with lots of chapters still to write. Anyway EH is not aging well – he looks knackered quite frankly! Which will be painful to a man so vain and who must be forever wondering if a partner so young will stick around! Several friends of mine (who see him regularly) have remarked that should I ever see him on a dating site, I wouldn’t look twice! And yet this is the man who for 20 years was the love of my life. Who would have thought it? 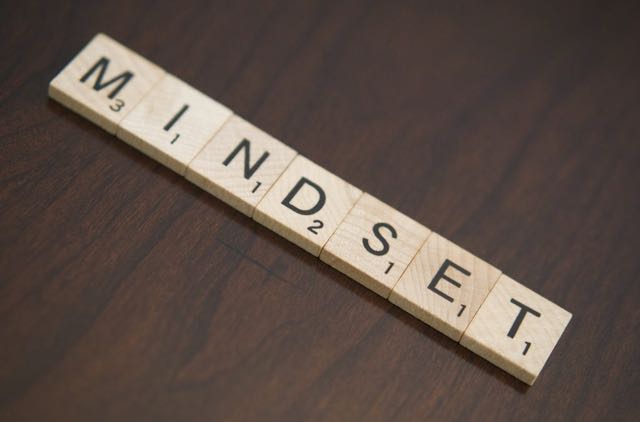 I feel better about myself than I have in years. However, like most women of a certain age I have body issues. I have certainly put on weight over the last few years (copious bottles of wine intended to combat stress have certainly not helped.) It is like I suddenly have a child’s rubber ring permanently stuck around my middle! I do lots of exercise – I am very strong – I joined Slimming World and lost 1½ pounds the first week (only to put it all back the second). And it has been getting me down. I have a wardrobe of beautiful clothes that are stretched and strained to bursting point.

But I now have a mindset coach. Who is not only advising me on exercise and nutrition, but also on what is going on inside my head. Our sessions often leave me in tears but frequently make me laugh as well. It is quite common for post menopausal women to carry weight around the middle and stress also affects hormone levels and weight gain. 80% of his female clients are on anti-depressants – how depressing is that?  He is making me feel sooooooooooooooooooo good about myself. Loving the bits that are good and concentrating on the bits I don’t love so much. I have lost half a stone in 3 weeks and have never felt so energised or focused. And yes the midriff is finally reducing! I want to lose another stone – which I finally feel I can do easily. My self-destruct button which I have always used before when I get to a certain point ! has been rendered inactive and I am raring to go. Soon I will be lithe, sleek and svelte and bursting with confidence – watch out fellas, I’ll be a catch for anyone!

annabelandgracecw
•
Follow
Marks & Spencer are not only great for their clothes, footwear, underwear and food. They also have a great homewares section. This Autumn we are all watching our money but maybe a new throw to keep us warm or some faux flowers as fresh ones are so expensive may just give our homes a bit of an uplift. Annabel & Grace are both wearing clothes, Shoes and scarf all from the new Autumn collection at M&S. . #homewares #yesmarks #marksandspencer @marksandspencer #autumn #interior #cushions #homedecor #interiordesign #home #decor #interiors #interiorstyling #homedecoration #marksandspencerhome #marksandspencerme
View on Instagram |
2/9

annabelandgracecw
•
Follow
Today, 23rd September, is officially the end of Summer 😢 But as you can see we are not getting out all our drab clothes. We are keeping summer going with our clothes. And of course layering with these Claire Cable jumpers £59 and Georgina Gilets £96 (use code A&G10 for 10% off the gilet until tomorrow only) from Artichoke Collection. We may be wearing our gilets inside this winter with the increase in energy prices! . @artichokegirls jumpers & gilets @callashoesuk - Grace’s red shoes @vivaia_official - Annabel’s hot pink shoes . #endofsummer #layeringclothing #winterjumper #winterwoolies #seasonchange #annabelandgrace #annabelandgracemagazine #onlinemagazineforwomen #lifestylemagazine #lifestyle #autumn #autumndressing #lovewhatwewear
View on Instagram |
3/9

annabelandgracecw
•
Follow
Just a few beauty products that have crept into my bathroom cabinet. All of them do what it says on the ‘tin’. Obviously they are not miracle creams or lotions but they all help and they make me feel I am doing my best for my skin and hair!! Just taking that time out to pamper oneself is so important and if you feel good then you will look good. . @praibeautyuk Ageless Upper Arm Creme @muradskincareuk Environmental Shield @erborian_uk CC Dull Correct & BB Eye @baebrow eyebrow serum @maybelline_makeupuk Curl Bounce Mascara @mvanclarke 3 more inches silver blonde shampoo . #skincare #beautyproducts #mascara #haircare #wellbeing #makeupover50 #womenover50 #womenover60 #womenover70 #womenintheir60s #lifestylemagazine #onlinemagazineforwomen #onlinemagazineforwomeneverywhere #timeofourlives #timetotakecareofyourself
View on Instagram |
4/9

annabelandgracecw
•
Follow
Why should we all keep making an effort with how we dress on a daily basis? Surely as women over 50 we have become invisible women. NOT SO according to our guest fashion writer Maggie Cox (aged 81 yrs) and we agree. Read Maggie’s article: Style for Women over 50 - Reasons we shouldn’t give up. (Link in bio) Grace is wearing blouse from @winserlondon (many seasons ago) Jeans from @marksandspencer Jewellery from charity shop. Annabel is wearing t-shirt from @patraselections jeans from @me_andem jewellery from @analuisany . #womenover50 #womenintheir60s #womenover60 #styleforwomen #olderwomen #fashionforolderwomen #lifebeginsat50 #onlinemagazineforwomen #lifestylemagazine @nevertoolatetolookgreat
View on Instagram |
5/9

annabelandgracecw
•
Follow
A friend of A&G, Libbla Kelly, queued to see Her Majesty The Queen lying in state. She shares her experience and the incredible feelings she has been left with in the latest article on our website. Have a read. Link on our website. . #queenelizabeth #lyinginstate #queenelizabethii #queensfuneral #hermajesty #payinghomage #womensupportingwomen #sisterhood #annabelandgracemagazine #pilgrimage
View on Instagram |
6/9

annabelandgracecw
•
Follow
Our header post this week from Grace is ‘Internet Dating for the Over 50’: Grace goes on a manhunt. See how she got on with this minefield of modern dating. Annabel & Grace are both wearing knitwear from the new collection at @silverpinkcompany - delicious colours and styles! . #onlinedating #datingforover60s #datingforwomen #loveinlateryears #grace #annabelandgrace #annabelandgracemagazine #womenintheir60s #womenover60 #womenover50 #timeofourlives #lifebeginsat50 ##womenover70
View on Instagram |
7/9

annabelandgracecw
•
Follow
Autumn is coming so we have been having a try on of some of the knitwear from @silverpinkcompany and @artichokegirls Have a look at Grace’s latest fashion post - What we wore last week. (Link in bio) And we have a 10% discount code for The Artichoke Georgina Gilet - A&G10 (valid until 24th Sept) We hate saying goodbye to summer but are determined to keep sunshine going with lots of colour in our wardrobes. We may need warm knitwear, gilets and lots of layers if we are to keep warm since we won’t be turning up the dial on our heating thermostat! . #winterknitwear #autumnfashion #discount #colourfulknitwear #timeofourlives #fashionstyle #stylishclothes #womenintheir60s #womenover50 #womenover60 #olderwomen #annabelandgracemagazine #annabelandgracefriends #annabelandgrace #onlinemagazineforwomen #lifestylemagazine
View on Instagram |
8/9

annabelandgracecw
•
Follow
You know we discuss literally everything - isn’t that what good friends are for? This week it is nose hair and Grace educates Annabel about stragglers! Growing older is such a minefield of hair growing in all the wrong places! Read Grace’s post dealing with nose hair on our website now . #nosehair #beautytips #womenover50 #womenover60 #womenover70 #timeofourlives #facialhair #annabelandgrace #annabelandgracemagazine #onlinemagazineforwomen #lifestylemagazine #chat #womentalk
View on Instagram |
9/9
View on Instagram
Tweets by @Countrywives