Well it seems a million years ago now and I suppose it was, but Christmas (and New Year) were actually very good despite one family quarrel (isn’t there always one)!!

Both sons came over on Christmas Eve and we went to a carol service which was really lovely and put us all in the right spirit – however this was not to last. Long gone are the days of 4.30am starts, with them itching to open their stockings and jumping on our bed. These days you have to drag them out! 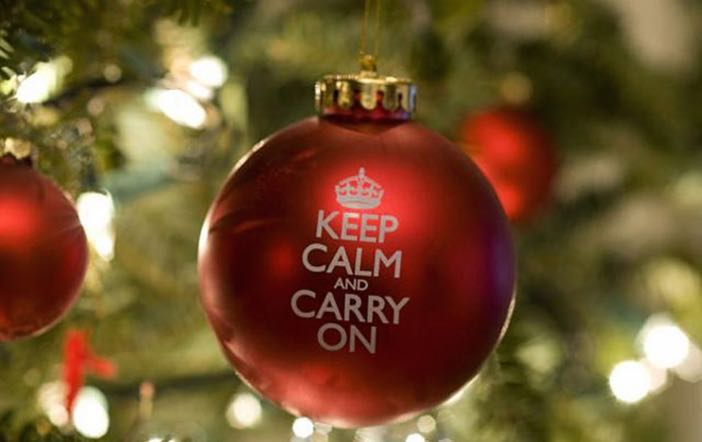 I was awake but still in my bed watching carols on TV and drinking tea when Eldest appeared first. As usual he hugged and kissed me before wishing me a happy Christmas and told me that Youngest could not be roused. Knowing that nothing would be touched or opened until we were all together I went in to wake him. He was just a big mound under the duvet and so I lay down on the bed beside him. I smelt his hair as I used to when he was younger and then his pyjamas – which smelt weird. OK, this is probably starting to sound weird but obviously all his clothes are now washed by someone else using something else and are no longer anything to do with me. He grunted and shrugged and told me to go away – so I did.

I went downstairs to make another drink and wept silently in the kitchen. Then Eldest came in and caught me. “Why on earth are you crying?” he asked. It was just that, even on Christmas morning, my youngest son couldn’t just say Happy Christmas Mum. He still had to be mean.

When he came down and we all opened our gifts I couldn’t bear to look or talk to him. When he came to hug me and say thank you for his gifts, it was my turn to shrug and walk away. And then I told him that he couldn’t be mean to me all the time and yet continually ask for stuff or text me when he needs something and ignore my calls. I told him he was rude and selfish and is undoubtedly nicer to his Dad’s girlfriend (because he wouldn’t get away with being rude to her) than he is to his Mum. In fact I told him to go home as I didn’t want him there with his attitude – the failure of our marriage was not down to me and yet I am bearing the brunt of his anger.

In fact when they did go to leave later that morning, Eldest son was furious and he said he would be having harsh words with Youngest. Actually, when he returned on Boxing Day he couldn’t have been nicer and has stayed in touch (not every day) but far more frequently! We’ve even had lunch twice!

Christmas lunch for me was in a local pub and was fabulous – only made strange by the bobbing daffodils in the garden outside! New Year’s Eve was supposed to be a quiet affair with a couple of cocktails with a girlfriend – suffice to say the place was packed with loads of people we knew and I staggered home at 1.30!

Nice to be back to routine again and yes I am back on the internet searching for love. It seems the only pro-active thing to do and, as I write, I have three dates lined up this week so watch this space!

annabelandgracecw
•
Follow
A friendship of over 40 years, some great memories and some naughty ones! Plus lots of future plans. Both wearing jeans by @artichokegirls Annabel wearing jumper by @mistycashmere and scarf by @kettlewellcolours . #friendship #girlfriends #annabelandgrace #sisterhood #womensupportingwomen #womenover60 #womenover50 #womenover70 #womenintheir60s #henleyonthames #timetochat #benchchat #graveyard
View on Instagram |
1/9

annabelandgracecw
•
Follow
Out and about in Henley. Meeting up in person is so much better than a Zoom or an email. We get so much sorted and just walking around a small town gives us lots of inspiration for our articles. PS we are still wearing the jeans from @artichokegirls Don’t forget there is a 15% discount code with JEANGENIE15 (only available until midnight on Friday 3rd Feb . #meetingup #henleyonthames #imspiration #lotsoffun😍 #sisterhood #womensupportingwomen #womenover60 #womenover70 #womenintheir60s #womenover50 #annabelandgrace #annabelandgracemagazine
View on Instagram |
2/9

annabelandgracecw
•
Follow
Four Henley Blondes - from left to right, The Page Turner, Backpacking Granny, @janegordon5100, Annabel and 4 Doodles doing our daily walk. We are determined to keep moving and fit. One of us turns 80 next birthday, and she turned up in gold leggings, leopard print gloves, a stylish hat and excellent makeup. She put the rest of us to shame!! . #henleyblondes #womenover70 #womenover60 #womenintheir60s #womenintheir70s #keepmoving #gettingfit #10000steps #dailywalk #doodlesofinstagram #dogwalking @grannygoldie @janetrotman1
View on Instagram |
5/9

annabelandgracecw
•
Follow
Grace working with her trusted @officialfilofax Read why she loves it in her latest Lifestyle Essentials post which also includes many other products eg @viviscal.uk for thinning hair and a bobble remover for knitwear. It’s all in our latest edition of the Annabel & Grace online magazine for #womenover50 . #annabelandgrace #annabelandgracemagazine #timeofourlives #womenintheir60s #womenover60 #womenover70 #lifestyleessentials
View on Instagram |
6/9

annabelandgracecw
•
Follow
Who would you rather not be without apart from family and friends? For Grace it’s Janice who has been keeping her house spotless for over a decade and she’s a dab hand at sewing too. “Thank you J - you truly are my treasure!” . #housekeeper #houseproud #lifesaver #couldntdowithout #personaltreasure #bestkeptsecret #annabelandgrace #annabelandgracemagazine #womensupportingwomen
View on Instagram |
8/9

annabelandgracecw
•
Follow
I found these pics of Grace which were taken a few years ago by a wonderful photojournalist and friend Clive Limpkin, who sadly moved on in 2020 to that great photo studio in the sky. He worked for the @dailymail for 20 years. He was award-winning for his iconic images of Derry (the Battle of Bogside) in the late 1960s and early 1970s and they came to define the NI Troubles. I love these photos of Grace as Clive has managed to capture her fun-loving spirit and ‘joie de vivre’. Nothing beats a smile and even better laughter! We miss Clive but he is never forgotten. . @alexlimpkin . #grace #annabelandgrace #womenintheir60s #womenover60 #photoimage #laughter #greatsmile #timeofourlives #naturalbeauty
View on Instagram |
9/9
View on Instagram
Tweets by @Countrywives