Movember - Moustaches As A Force For Good - Annabel & Grace

I should warn you the following article contains facial hair. Yes it’s officially Movember, the month where normally sane heterosexual men across the world grow moustaches for charity. They either get away with it a la Tom Selleck, Burt Reynolds etc or end up looking like Ned Flanders, Ron Jeremy, Freddie Mercury, Adolf Hitler, Albert Einstein (that’s enough bad tashes – Ed). 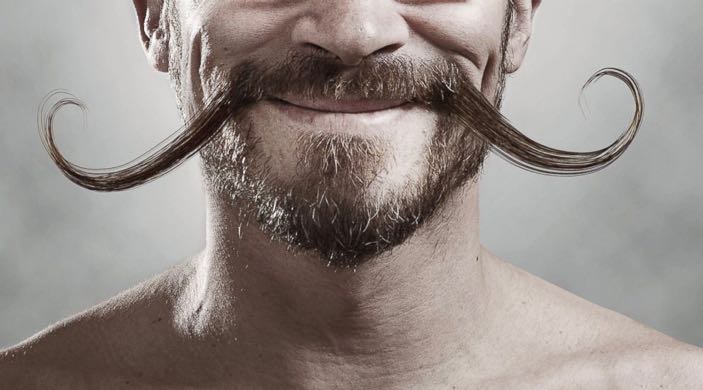 So where do you stand on men and mutton chops? Do you like stroking his smooth chin or do you enjoy the rugged hirsute look on your man? I only ask because like many guys, I’m a bit confused regarding what women actually like.

I grew a beard some months back whilst on holiday and kept it on my return to the office. I was quite pleased with the look, plus not shaving saved time, pain and money. Win, win I thought. Er no.

The polarising effect stunned me – and it was not just confined to the ladies either. Everyone had an opinion to the point where I got so brassed off discussing the pros and cons of my cheek carpets plus having the Michael extracted, I went back to scraping away again every morning and walking out of the door with bits of tissue paper on my chin.

The general consensus was facial hair didn’t suit me. Why? Because it made me look old.

But hang on. Why then does every male model I see have a 5 o’clock shadow going on? Would David Gandy ever get that gig to stand there in his underpants if he were clean shaven? I think not. Obviously the “I’ve just got out of bed” look sells more Y-Fronts than a clean shaven chap could. Doesn’t make them look old. I do wish male models would be brave enough to go clean shaven – and their employers to let them.

I should declare an interest here as in the ‘80’s I moonlighted as a male model. Mostly catalogue and promotional work, although I did specialise in hand modelling. My mother was a piano teacher and I have inherited her long fingers. So having my digits blown up to poster size wasn’t a problem. But I drew the line at growing a moustache. I wasn’t about to join the Village People.

Please pardon the pun but here’s the rub. If I were a woman would I want to go cheek-to-cheek or even pucker up to a guy with a facial hair? No, I would not. But lots of guys have it, so I guess that means lots of women don’t mind having their carefully tended, moisturised facial skin scraped with the equivalent of human steel wool on a regular basis. Am I right?

Perhaps the answer is to be neatly trimmed. Think Alan Rickman as the evil but ever so dashing Hans Gruber in Die Hard – rather than Father Christmas. After all, who’d wants to snuggle up to the sort of bush you’d find leaning over a musty Somerset pub bar speckled with pie crust and pork scratchings. Mrs Christmas? 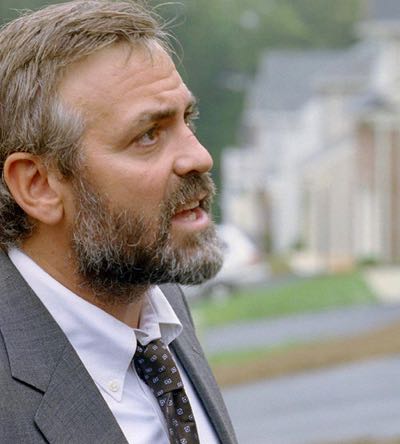 I suppose I could try modelling myself on George Clooney circa 2005 in Syriana when he played Bob Barnes, a hirsute CIA agent trying to stop illegal arms smuggling in the Middle East. He got away with a fair sized beard. Plus the male audience were comforted by the sight of white hairs poking through his bush. Yes, he might be handsome, funny, twinkly-eyed, rich and adored – but here was George flawed. And ok, also distinguished. And somehow even more handsome than I could ever be. Damn it.

So this Movember, I’m no further forward in solving this dilemma of beard growth and its dubious attraction to the ladies. Oh, and if your previously clean shaven other half announces his intention to save the world this month by looking like a seventies porn star or even (God forbid) go the full David Bellamy, don’t worry. He’ll soon find the endless mickey-taking will drive him back to the razor. Of course, in the meantime, he’ll be helping to raise money and awareness of prostate cancer (which took my father), testicular cancer, male mental health and suicide prevention.
Hairy encounters I’d rather avoid too.