Moving house - rather like having a baby / CountryWives online magazine

You know what it’s like when you have a baby – it seems milliseconds before you forget the labour pains and your whole world is focused on the glorious new life in your arms. Giving birth is usually remembered as a time of absolute joy – the blood, sweat, tears and excruciating pain is quickly a vague memory. Well, moving house is rather like having a baby. It has been thirteen years since Husband, Son and I crossed the threshold of a new home. When I look back it was a time of excitement. Every time we walked through our new front door we felt a thrill. We were enlivened, reinvigorated, full of plans for the future. It was a time of re-appreciating furniture, pictures and ornaments that we had barely noticed in our previous home. Apart from listening to unfamiliar noises from the boiler or creaking floorboards as we lay in bed those first few nights, I honestly cannot remember a single negative thing about the experience. 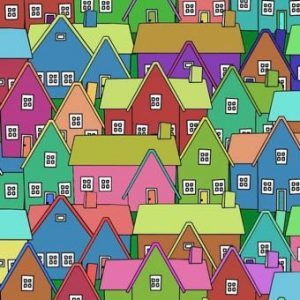 So it was with renewed naivety that we decided to move house at the beginning of this year. All we thought of was how sensible it would be to find a smaller house now that our Son lives in London. We don’t need so much space now that, effectively, it is just the two of us. A more modest property will be cheaper to run, involve less maintenance – and so give us more free time and money to enjoy our various hobbies and pursuits. Although we know it is a super sensible decision economically, it wasn’t the easiest one to make. Our 500 year old converted barn has been a joy to live in. Atmospheric at Christmas with the log fire blazing, and a great space in which to entertain, both inside and out at any time of the year. However, it is expensive to run and maintaining the large garden is time consuming.

It wasn’t too long before we received a very good offer from a cash buyer who had nothing to sell. It was a no brainer to accept – it would mean we would be mortgage free. No small consideration. Plus house prices are flatlining and the interest rate looks very likely to start climbing after ten years of being ridiculously low. We soon found a little cottage to buy and, as the owners have decided to rent rather than buy, our chain is mercifully short.

However. As I write this, we are still waiting to exchange. In fact we have been expecting to exchange every day now for thirteen tortuous days. Every morning I wake up optimistic that today will be the day. But it never is. Each day brings a new hurdle that must be climbed – usually around mid afternoon when the solicitors only have an hour or so before they pack up and go home for the evening. Which means that it will have to be dealt with tomorrow. Always tomorrow, never today.

I veer wildly between anger, frustration, apathy and bursting into tears. We are currently at the mercy of our buyer’s mortgage lender (yes, we thought he was a cash buyer too but apparently that can mean they have nothing to sell, rather than they have loads of dosh in their bank). Apparently moving house is more complex and takes far longer than it ever used to. The estate agents are wonderful. Never thought I would say that but they are the most proactive of everyone that’s involved in this seemingly interminable process. God knows what it must be like for people who are in a long chain.

As I sit here seething as yet another query has popped up at this very late stage of the process, I am thinking of starting a campaign to change our UK system to that of the canny Scots. In Scotland the seller is responsible for providing a Home Report (one document that is the equivalent of a survey, valuation, property details and energy report) and once you have made an offer that is subsequently accepted, the contract is binding. And unlike in the UK, you cannot be gazumped in Scotland. Their system is a no brainer – why is ours so tortuous?

Grace and Annabel chat about downsizing:

Grace and Annabel are both wearing knitwear from Winser London.