Mummy Two has an escape plan / Annabel & Grace at CountryWives

My American ‘Mummy two’ had been rendered temporarily ‘doolally’ due to all the anaesthesia she had consumed. Two of her great friends and Franny and I were visiting her in hospital. We were all gowned up in yellow paper dresses and blue gloves to protect against infection. None of us were completely sure if it was for our benefit or for ‘Mummy two’.

The second we had arrived the patient demanded we get her out of there, “NOW!” We tried to explain that this was not possible due to all the millions of tubes that were securing her down. This didn’t seem to bother her and she looked at us as if we were just being unbelievably thick. She told us in her no uncertain manner that we had to move fast (like in the next five minutes) before the police came and removed her passport, or the more likely event of thieves and murderers coming to kill us all. 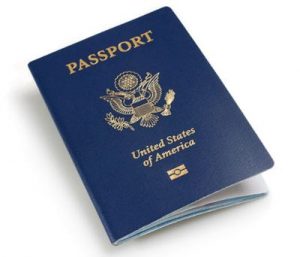 Franny calmed her fears on the passport front with the comforting fact that she had already removed it and it was safely at home where the police would never find it. “Phew!” I thought, “That’s a relief.” ‘Mummy two’ looked as pleased as I did.

Then she remembered the escape plan. How were we all to get out of this hell hole? She looked at me expectantly. Put on the spot I blurted out that it wasn’t a problem, we had secured ‘passes’! I was quite pleased with myself. ‘Mummy two’ looked thrilled.

Then she asked, “Why aren’t we going then?” I panicked. It was a very good question. I looked at her friend and said, “Roger is, in fact, the one in charge of logistics and planning. Maybe he could tell us!”

We all looked at Roger. Roger rallied impressively to the challenge and said it was all in hand and he was talking to all the right people. ‘Mummy two’ suggested he should ring her friends (name-dropping all over the place), as she obviously had little faith in whoever Roger was in touch with.

I have to say her list of lords, counts and ambassadors was extremely impressive. Roger stood there, taking his ‘dressing down’ well, even when he was told to “Go phone immediately.” He went behind the curtain (not able to leave the room due to the ‘infection business’) and came back in to tell us that the lines were busy. We all looked disappointed with Roger.

Meanwhile we tried to distract ‘Mummy two’ with the party she would have once she got better. This rather annoyingly reminded her of the escape plan and the safe house (a very expensive hotel apparently in another state! Rubbish planning from logistics, I felt). 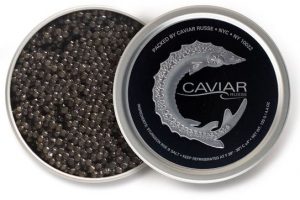 Who was going to organise the food? She looked at me. Why do I have to have all the answers? “Gordon is our catering manager! Gordon, will you be in charge of caviar?” Gordon was thrilled to be in charge as he had an extremely successful business in the ‘real’ world and felt he would be a very useful addition to the escape committee. He had been rather surprised not to be involved earlier, actually, especially as he has an imposing gourmet background.

‘Mummy two’ was very pleased with this appointment, secure enough in the knowledge that Gordon could procure anything, unlike Roger who still had not got through to anybody on the phone! She asked me again why on earth were we not getting on with actually getting out and this time I looked to her daughter, Franny. ‘Mummy two’ did not like the answer, so we were all dismissed.

She hadn’t given up though. Franny received a phone call at two in the morning. I think the whole of our escape committee has been sacked and another plan is afoot.