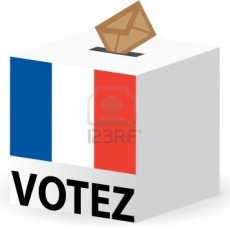 Occasionally, while living here in France, we have felt a little exposed because we are foreigners – mostly because of our limited understanding of the language and French protocol (did you know that French was the language of diplomacy?).

However, I have to say we have been taken for a ride more by British traders working in France (so wish I could name and shame the rip-off bastards!) than the French and we know the French would much prefer us to use local labour.  They rightly feel that their artisans are better, pay the right taxes, use the right workforce and are more skilled in the use of the local stone and woods.

One afternoon we had a visit from the deputy mayor, a charming lady (or so we thought) in her 70’s who we played boule with on Saturday afternoons.  She seemed extremely keen to re-energise the village which has a sleepy population of approximately 60 (80 in the summer months, due to many second homes).  Apparently the French own the highest number of holiday homes which stay in families for generations and then occasionally become derelict because of ancient Napoleonic laws which state there has to be 80% agreement in the family before a house can be sold.

She asked if I would like to “volunteer” to help her renovate the village.  We hadn’t been here that long and I have to admit my head blew up out of all proportion and I strutted around like a peacock, overwhelmed with pride that we had been “accepted” so I agreed with enthusiasm.  Our village is very quiet, our neighbours (a hamlet of six houses called Les Igues, which means pot holes) are delightful and mostly made up of the local councillors.

Now French local politics are complicated but to be brief, for a village of our size you have one mayor, one deputy major and eight councillors.  The local elections were coming up, and as residents, we were eligible to vote (we can no longer vote in the UK or in French general elections) so were quite keen to get involved.  A couple of days later a list of the candidates for the election arrived in the postbox.  The mayor’s name was at the top with the list of the same councillors but without this particular lady.  We didn’t think anything of it until two days later another list landed in the postbox with this particular lady as proposed mayor and MY NAME down as one of the councillors!  MERDE!  I was somewhat confused as I KNOW she had made no mention of the election.  With that, one of our neighbours arrived and started a list of dire warnings of what might happen if I stood against the mayor and the existing councillors – nobody in the village would talk to us again, we would never get any further planning permission passed, the swimming pool may spring a leak, our post may go awry, the wart on the end of my nose would get bigger and J’s nurtured courgette would shrivel…

I explained that I thought I was volunteering and it was pointed out that this particular lady had wanted to be the mayor for years and was known to be a little devious.  By this stage my name was on the list in the local paper as standing for election so in order to backtrack I had a meeting with the mayor, swore my allegiance and apologised for my misunderstanding, publically retracted my nomination from the paper and village and scuttled back behind the shutters where I hoped our idyllic world wouldn’t end.  The election came and went, the aforementioned lady wasn’t voted in and received fewer votes than the odd job man. The mayor and the councillors all continue with their work in the same old way as before. The dust has settled.  The mayor loves us because we bring tourism to his village and he now jokes that I am the mayor of Les Igues. Did I mention that he married us?  But that’s another story…