It’s not just Harry and Megan, it’s a pretty common phenomenon these days to marry someone who was born on the other side of the world from you. So many young people go on adventures to far off lands, and it follows that some of them find the loves of their lives on those adventures. It’s pretty hard on the families ‘back home’ though. And even harder when there are kids in the picture. Which is why it’s become a bit of phenomenon in my circle for taking big trips to the other side of the world. Let’s be clear, there would have been a lot of that happening anyway, but for some families it’s become an annual event. And my circle has recently had a ‘happy announcement’ of our own, which means a set of soon-to-be-grandparents – we’re calling them TBGs – need to plan their first trip to New Zealand.

Exciting times all round! Mrs TBG is extremely empathetic, and wants to plan a trip where they’re not getting under anyone’s feet until they’ve been invited. She wants to wait in the wings, as it were, until ‘things’ start happening. And aside from showing how understanding and thoughtful she is, this also means they’re going to have time for a bit of sightseeing. So, if like Mrs TBG you are heading for New Zealand, read on… 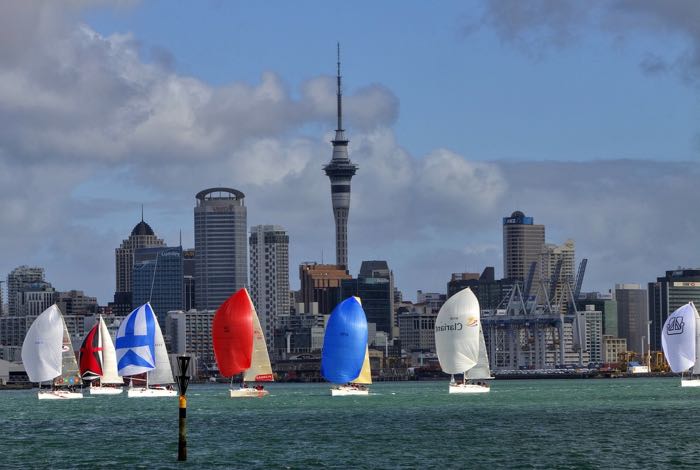 As well as being spectacularly positioned on two harbours and framed by a volcanic ridge of 48 extinct cones and fertile valleys, Auckland is New Zealand’s largest and most multicultural city. So it’s where most people fly in to. The city itself is quite bustling and commercial – if you want anything historic try the waterside suburbs where you’ll find Victorian and Edwardian terraces, or else Davenport, which is just a ferry ride away. Auckland has all the usual city highlights: museums, galleries, restaurants, but it’s also got beaches and several mountains to climb. It’s a relatively short drive from the centre of town to thermal springs, peaceful rainforest, chattering wildlife reserves and wineries. 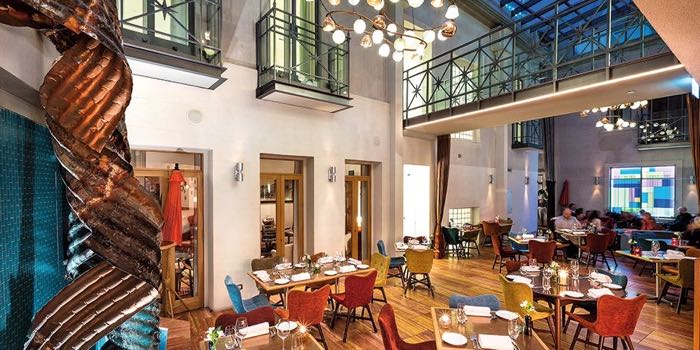 Where to Stay? The Hotel DeBrett is a colourful, retro hub in the centre of Aukland. There are 25 rooms which have been decorated with local art and an eclectic mix of modern and mid-century furniture, plus they have a buzzy cafe/ restaurant, a gym with massage facilities, and a babysitting service. Rooms start from around £130 per night including breakfast.

Practical Details: Many visitors to New Zealand will fly into Auckland International Airport, which is well connected to the centre of town by local transport. Whichever way you go it’s a long flight from the UK, and most people travel when the weather is best, during the summer, between December and February, though the shoulder months of November, April and May are nice too, and cheaper.

Either to help you acclimatise to New Zealand’s beauty and pace of life, or to relax at the end of your visit – you might want to book a few nights on Kawau Island, which is just off the coast of nearby Sandspit. Here you’ll find beautiful waters and a lush, green, rocky interior – this was a covetable spot for Maori tribes and it was a hotly contested piece of land. Under European ownership the island was briefly a copper mining community before being bought in 1862 by Sir George Grey, the Governor of New Zealand, who used it as a wonderful private paradise, which is what it can be for you now.

Kawau’s island’s main sight is Mansion House, Governor Grey’s house. This has been restored to its original wooden glory, and inside there’s a fine collection of Victorian antiques and collectables. Grey used the land around his house to create a tropical botanical garden with a variety of different species of plants making it both an interesting and tranquil experience. The garden also has a few different species of wildlife including peacocks roaming the grounds. 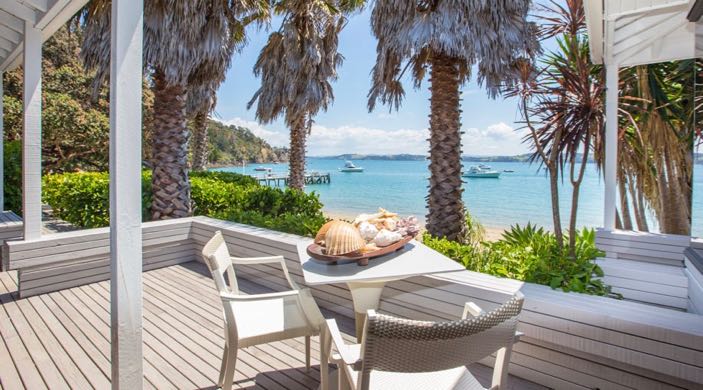 Where to Stay? The Beach House is island luxury at its best, right on the beach, with the bush just behind. There are just 11 rooms here, all of them with glorious sundecks and private outdoor seating areas. There’s also a great restaurant. And rooms start from just over £178 per night including breakfast.

Practical Details: From the Sandspit on the mainland you need to travel by regular daily ferry, or water taxi, to Kawau Island. 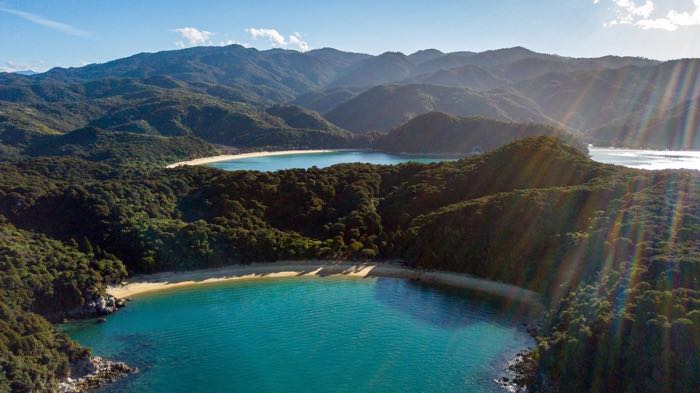 The Tasman district covers a great swathe of the northern end of the South Island. It starts from Nelson, then including the national parks region: the Abel Tasman National Park, the Nelson Lakes National Park and the Kahurangi National Park, and the Tasman Sea, and finally running up against the Tasman Mountains, the Victorian Ranges, Mount Franklin and the Marlborough wine region. So if this is your first time to New Zealand then this region is a great place to explore – it’s got loads of the really spectacular bits! The Tasman is sliced through by several major river systems and there are estuaries along part of the coastline, with some beautiful golden beaches and great fishing opportunities. This is also a great place for meeting New Zealand’s unique wildlife and for some really dramatic landscapes. 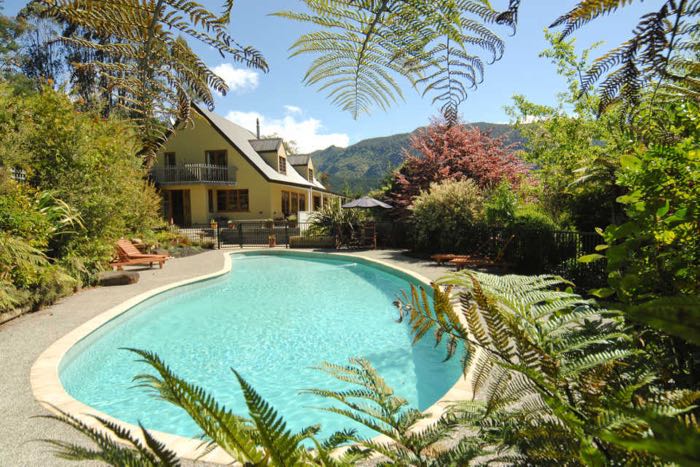 Where to Stay? The Resurgence Luxury Eco Lodge is a luxurious, ten room lodge set on 50 acres of native bush in the Riwaka Valley. Rooms are stylish as well as comfortable, and the best have views over the Kahurangi National Park. There’s also a spa, pool, gym and hot tub. Just outside your room are incredible views, plus walking trails and a wealth of nature birdlife. Rooms start from around £387 per couple per night including dinner, bed and breakfast.

Practical Details: Nelson is the Tasman region’s major airport, and has numerous daily connections to Auckland, Wellington and Christchurch – among other domestic destinations. 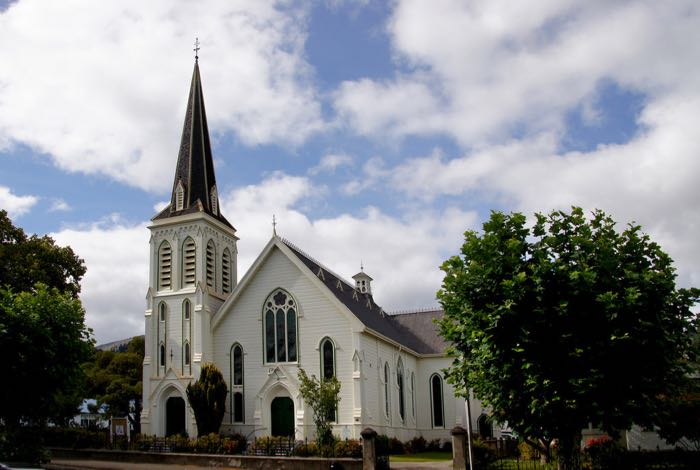 If you have arrived in Nelson it might be worth spending a few days here as well. This is New Zealand’s oldest European settlement. It overlooks the spectacular Tasman Bay, and is on the edge of the pristine wilderness of the Abel Tasman National Park. Plus it’s really well known for its extreme sports – if that’s something you’ve ever wanted to try. And it has a fantastic Saturday morning market and one of New Zealand’s most popular beaches. 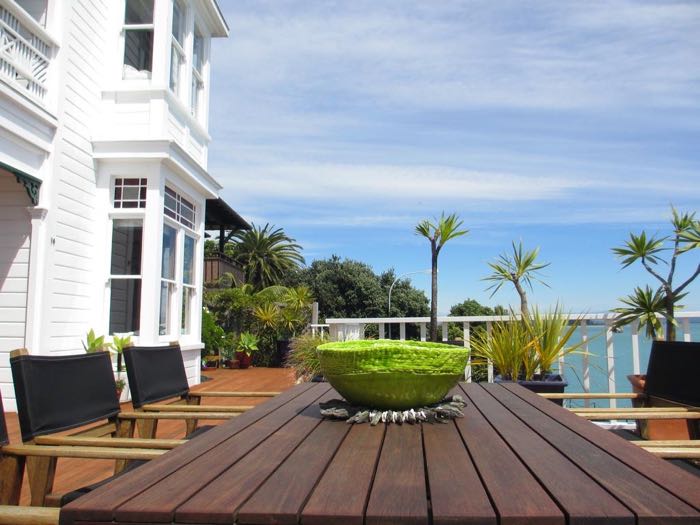 Where to Stay? The Wakefield Quay House is an historic villa right on Nelson’s waterfront, with views over the Tasman Bay. There are just two rooms, both spacious and elegant, and fitted out with antiques and original art works. You’re close to the Abel Tasman National Park and several wineries, and you’re within walking distance of a number of good restaurants. Rooms start from around £160 per night B&B. 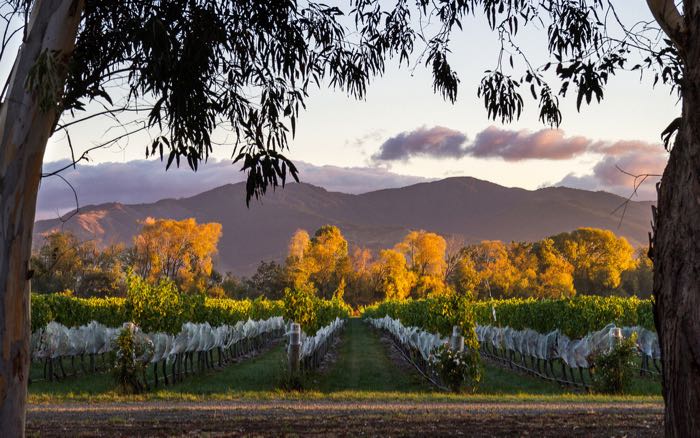 Marlborough is probably most familiar to drinkers of crisp Sauvignon Blanc or smooth Pinot Noirs, but it’s not only world class vineyards you’ll find here, this is also where you’ll find the spectacular fjord-like region of the Marlborough Sounds, and Kaikoura, known for whale and dolphin watching cruises.

If you’re travelling to Marlborough to explore the wine region you’ll probably stay near, or at least pass through, Blenheim, unofficial wine country home, and where you’ll find the Cloudy Bay, Saint Clair and Clos Henri estates and cellar doors. Blenheim is about 30kms south of Picton, which is at one end of the Queen Charlotte Track, and one of the best places to stay if you’re exploring the Marlborough Sounds. 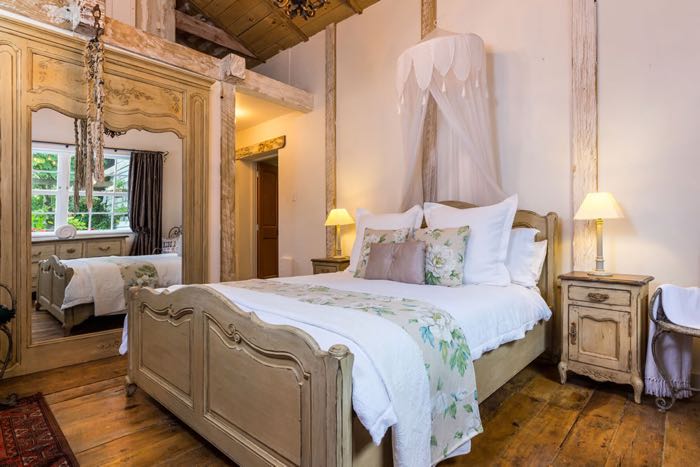 Where to Stay? The Marlborough B&B is a totally charming farmstead-style B&B in Marlborough’s beautiful wine country. Set on seven acres, complete with grape vines and a walnut grove, these few rooms offer peace, verdant views and a fresh daily breakfast. Starting from around £145 per night B&B.