I have a friend who is one of the kindest people in the world. Unfairly, she seems to have been dealt a lot of nasties recently – a double dose of cancer, first her and then her daughter, then all the difficulties of a Down’s syndrome grandchild. The grandson is delightful and everybody loves him, but the enormous output of energy and support needed is just one layer she didn’t need whilst not being well herself.

I have always joked with her that she is a duck. She collects all the lame ones and pulls them into her ever open wings. And, much to her husband’s chagrin, she asks everyone back to her duck pond. Sometimes however when you get to a little over seventy, you do get tired (that is if you run a Bed and Breakfast, live on a farm, do school runs for your daughters, and generally take care of half the county! So, with her long suffering husband’s blessing, she and I are going for a cheapie holiday for a week. My friend hasn’t been on holiday for years .

We are going to… Kos. 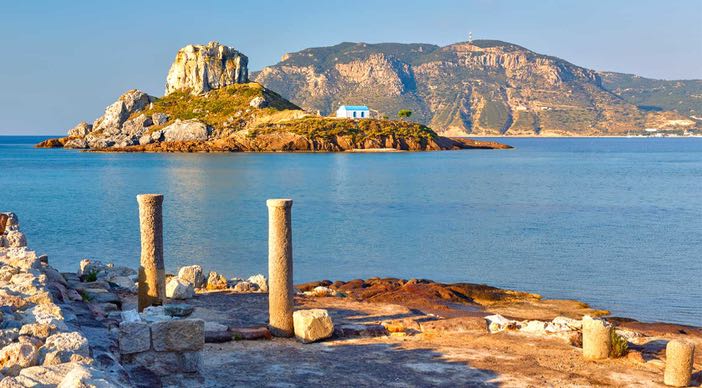 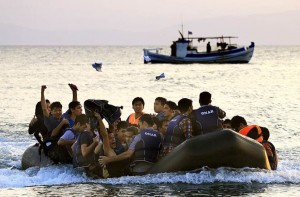 We will be arriving by air, rather than a flimsy rubber inflatable, and hopefully our journey will be a great deal shorter and safer than some of the journeys undertaken by the desperate migrants who are arriving in Kos at the moment. We will each have suitcase, rather than one black bin bag per person. And unlike the refugees can expect to stay in a three star hotel with a decent bathroom.

I have had some very strange looks from friends when I’ve told them where I’m going.
“Don’t you know what’s going on there? “they ask.
“Yes of course I do and that’s why I’m going there. To my mind, the only way to help Greece is to still travel there.” 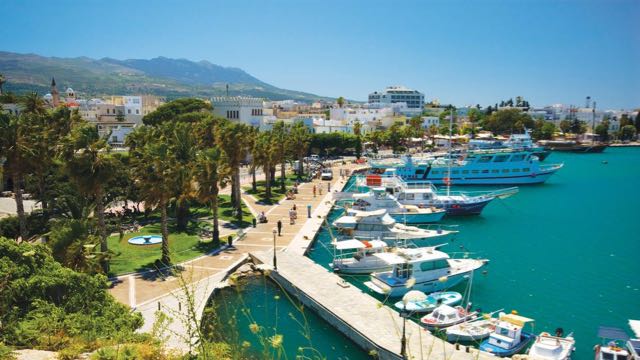 I was incensed last week to read some of the quotes from British tourists saying that Kos was shameful and filthy and they didn’t want to be spied on as they ate their pizzas. Why don’t they buy a pizza for the people who were supposedly spying on them! In the name of humanity how can people say such things. I hope the pizza gave them indigestion.

I am looking forward to going and I couldn’t be travelling with a more suitable friend. I’m taking a suitcase full of children’s clothes that were going to be recycled at my local Tesco, but I would much rather I gave them to a family who will make use of them. I go with an open mind…

My friend and I are going to hire bikes and see for ourselves, as much as is possible, what is really happening. I am not a reporter and nobody pays me. I have no agenda. I will report back.

Meanwhile , I hope you are all enjoying this blissful summer. I believe it is thirty four in Kos.

Kos, one of Greece’s Dodecanese islands, is known for its abundant sandy beaches. It’s also rich with Greek and Roman antiquities, particularly in and around busy Kos Town. This harbour city is dominated by the 15th-century Castle of the Knights fortress. It’s also home to the Kos Archaeological Museum, the Ancient Agora ruins, and the 3rd-century Casa Romana villa with its lavish mosaics.