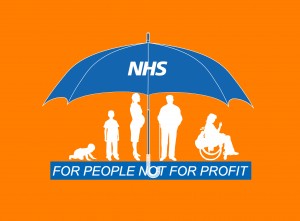 Last Wednesday I accompanied my 88 yr old mother who has early onset Alzheimer’s to an NHS hospital for a CT Scan. I had been sent two letters confirming that the appointment was on Level 2 of the main hospital and we needed to be there 40 mins before in order for her to drink a litre of foul tasting liquid. 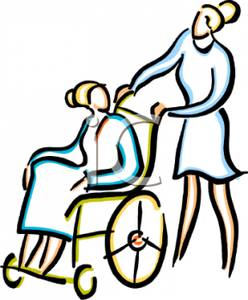 We set off in good time and good humour and she only asked a couple of times where we were going. Apart from having to take a traffic detour, we still managed to arrive early, however this is where the fun began. I could not get near the front door in order to drop her off whilst I parked, however it later transpired that the effort was wasted as there is no-one willing to look after patients whilst the driver parks up. So we were left with no alternative and I had to take the car to one of the many car parks. Luckily the one nearest indicated spaces however, having been let in and taken my ticket, there were no ordinary spaces but only disabled ones, at least 20 of which were vacant. So I’m afraid, not being the owner of a blue sticker, I parked in one of the empty spaces leaving a note explaining my dilemma. It then took over 10 minutes to get my mother to walk the 200 metres to the front door as her legs were very painful, all not helped by it being midday on the hottest day so far this year.

Having entered the hospital I met at reception one of the only two helpful members of staff that I encountered during this visit, who directed me to a bank of wheelchairs. With my mother on board we shot off to level 2 to the scan department but when we arrived they directed us back to level 1 where there was another scan department (so far two lift journeys). At this scan department we were told that the appointment had been moved to the West Wing of the hospital on level 2 however this is on the other side of the hospital and because of the Children’s hospital inbetween the route is quite complicated. I asked that, as we were now running late for our appointment due to the hospital’s admin dept failing to tell me where to go (I could have parked on the other side of the hospital – a much quieter entrance and less confusing for a patient with Alzheimer’s), could they call the department and tell them we were on our way. Needless to say they never made that phone call! After following the instructions, taking 3 lifts, walking endless corridors we ended up in a ‘staff only’ section however I met my ‘knight in shining armour’ (number 2 of helpful staff), a senior doctor who said this often happened as staff in the main hospital were not aware that the public could not walk down this corridor. I think he recognised a ‘woman on the edge’ and he said he would escort me to our appointment. Eventually we found the right scan department and my mother was given one litre of liquid which she drank with no fuss and we waited for the promised scan 30 minutes later…..BUT after 2 hours, with my mother feeling quite ill as she had to hold in this liquid, I asked what had happened to our appointment and only then we were told they were running behind. Hardly an answer that I could not have worked out on my own. Many of the patients in the waiting room seemed to have dementia and were also asking all the same questions constantly, where am I, why are we here?, what is happening to me?

Eventually she was taken off for her scan and returned 20 minutes later. Now we set off to retrace our steps to find our car, bearing in mind we could not now go the staff route as we did not have our ‘escort’. At one point we stopped at the Children Hospital’s reception to ask if we were going in the right direction but there was no-one there and according to another person there had not been one for over 20 minutes! 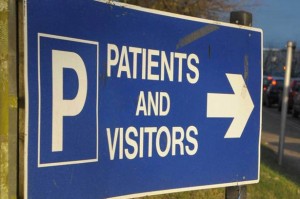 We eventually found the main entrance and there I asked a porter if he could look after my Mum whilst I went for the car and I was told ‘No’, no explanation, no apology. So in anger we left the hospital and I took their wheelchair as far as I could take it and as near to the car park as possible. I was then forced to abandon my mother and chair in the shade but in the middle of the ambulance lanes whilst I ran to the car, turning every few yards to reassure my Mum that I had not abandoned her. There was a worrying 2 minutes when she was out of sight but I got back to her, parked illegally and needless to say many people impatiently hooted me even though they could see I was loading a sick person into my car. 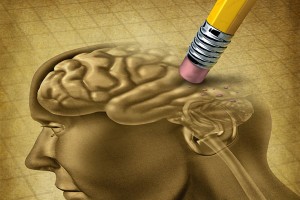 We got back home 6 hours after we had left and my mother was sick, confused, stressed and exhausted. The hospital rang on Saturday to confirm her next appointment which once again they have cocked up as, when I booked it for 11am I made them promise that the letter would not tell me to be there 30 mins earlier as even 11am was tight for me to get to my mother, pick her up etc. The letter had confirmed the appointment for 11am but the phone call was to tell me we needed to be there 30 minutes earlier – I won’t repeat the conversation suffice to say the air turned blue! Their response was “we can understand how difficult it is for patients with Alzheimer’s and we can only apologise, but we cannot do anything about it. Perhaps next time you can drop her off as near as possible and tell her where to go to the waiting room whilst you park.” Clearly this lady has no knowledge of the condition! May she never have to care for a member of her family with dementia.