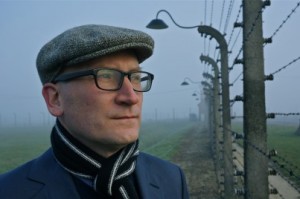 Night Will Fall is a powerful new documentary about the liberation of the Nazi concentration camps and the efforts made by combat and newsreel cameramen to document the almost unbelievable scenes encountered there.

Directed by Andre Singer it uses original archive footage and eyewitness testimonies to tell the extraordinary story of the camps. It also explores how a team of top filmmakers came together in 1945 to make a documentary which would provide lasting, undeniable evidence of the Nazis’ unspeakable crimes. This project was led by Sidney Bernstein (later founder of Granada TV). He commissioned a wealth of British talent including writer and future cabinet minister, Richard Crossman, and, as treatment adviser, his friend Alfred Hitchcock. Yet despite initial support from the British and US governments, the film was never finished, and only now, 70 years on, it has been restored and completed by Imperial War Museums.

Among the survivors, liberators and others who talk about their experiences in new and archive interviews are Branko Lustig, producer of Schindler’s List who survived the 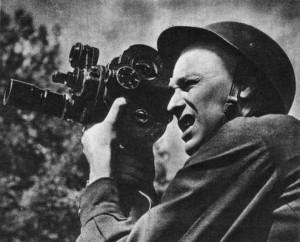 incarceration in Auschwitz; Lt. Col (Rtd) Leonard Berney, one of the first British soldiers to enter Bergen-Belsen; Sergeant Mike Lewis, combat cameraman with the Army and Photographic unit; and film editor John Krish, who saw some of the shocking raw footage of Dachau when it first arrived in London. Sidney Bernstein describes the evolution of his film project and David Dimbleby talks about his father, Richard Dimbleby, a legendary figure of public broadcasting, who recorded a now famous on-site report from Bergen-Belsen.

At a time of highly charged debate about the ethics of filming the victims of atrocity, Night Will Fall, provokes the challenging questions about the nature and purpose of documentary. Absorbing, eloquent, deeply moving and disturbing, it increases our knowledge and understanding of the most horrific crimes of the any century and offers an important reminder to a new generation.

It is being screened all over the country by the BFI and often only being shown once in each cinema. Details of screenings can be found by clicking through to the BFI website HERE . I went last night with my husband, who is Jewish, and another Jewish friend and when the film finished all of the audience were numb. No-one spoke as we all left, absorbed in our thoughts. I have encouraged my own children to go and see this film as in the last 70 years it appears that the world has learned nothing and atrocities continue in the name of religious cleansing.