Revisiting Pankor, a little island on the west coast of Malaysia. - Annabel & Grace 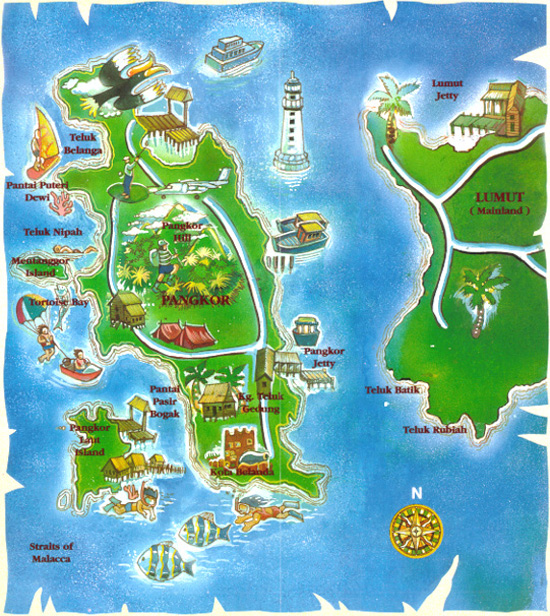 Here I am in Pankor, a little island on the west coast of Malaysia. The temperature is 32 degrees. I used to spend my holidays here as a child. At that time it had beautiful beaches and one bungalow on it that was owned by a friend of my father.

In 1952, it was the height of the Emergency in Malaya. The Communist  Terrorists (CT) were fighting the British. A favourite ploy of the CT at that time was to ambush the British…. making them stop their car and killing the occupants. Governor Gurney had just been killed by exactly this method.

All credit to my parents, they never instilled any fear into us children. I thought it quite normal to travel at breakneck speeds between villages. Some people even had lead windows with slits in them installed in their cars instead of glass – my father preferred to use his driving skills! I think he fancied himself as a racing driver.

Each year we would pack up all we needed for two weeks – food, sheets, towels, water, booze and our servants, and hurtle down from Ipoh to Pankor.

There was no electricity in the two bedroom bungalow. In fact there was no electricity on the island, which made it dark and exotic and mysterious at night. The roof was made of atap, a palm which is used for thatching in Malaysia. Furnishing was rudimentary – iron bedsteads with mosquito nets hanging from hooks in the ceiling. No fans let alone air conditioning – it hadn’t even been invented, and only cold water. But it was heaven. 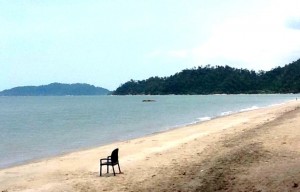 We played all day on the beach. Our chauffeur transformed himself into a very able fisherman, discarding his smart uniform and donning baggy shorts, he spent hours squatting on the beach catching our supper for each night. The house girls, both Moslems, tied their sarongs under their armpits and swam and played with us all day. What my parents were doing I hate to think. We collected shells, tumbled and played in the water, had races along the beach and played pickasticks with pencils. Our two helpful house girls had cut the feet off a chicken and showed me how to pull the tendons, which made the chicken’s claw curl and so you could pick up a pencil!!! Happy days. 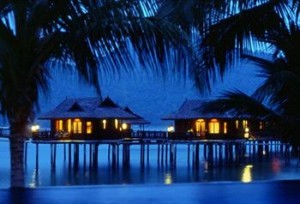 So here I am, more than half a century later, on a beach not very far from the one I played on as a child. How times have changed! Now there are lots of hotels. Mostly with the most ridiculous names like Hotel Venice – ours is called Swiss Garden!

The first big difference is everyone swimming in the pool is fully clothed and by that I mean headscarf, long black leggings and a tunic for ladies, pyjama type sleeping suits for kids and, if they are girls, by about twelve they have to wear headscarves too. The men on the other hand are dressed in 1950’s style Speedos. I didn’t like to look too closely. Not an attractive sight even on young men! My friend and I are the only European women here. We are treated with great courtesy, although what they think of our skimpy bathing costumes I hate to think. We must look like two pink beached whales on our sunbeds. Our rooms have every electric device you could want – shaver points, kettles, hairdryers, Wi-Fi, an alarming array of soap, conditioner, body lotion, sewing kits, shoe shine and shampoo – not to mention cotton buds, shower hats, tea, coffee and Milo (a chocolate drink). 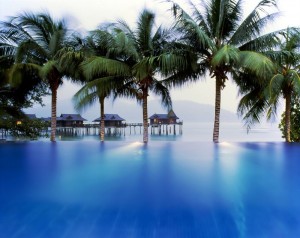 We brought our own wine with us as we had been warned it would be expensive and probably a limited choice. The thought of drinking Blue Nun with lovely Malay food was too horrible to contemplate. I was slightly nervous as my bag chunked and clunked as it was taken to the room…but nobody cared. We actually took our wine down to dinner and drank it at the table. No question of corkage, just lots of smiles and our waiter poured it into our glasses for us. The food was delicious. Some curious mixtures like bread and butter pudding for breakfast and, of course, the usual cold Chinese porridge, which tastes nothing like ours. Stew, croissant, fruit, cheese , yogurt, salad and dainty cakes. A perfect breakfast for a fussy child – there had to be something they would like… even ice cream!

Our fellow guests were mostly families, and when I say families I mean five or six children. I did notice that there are some advantages in having a large brood. It seems the older ones look after the younger ones… division of labour you might say. I did not notice the men doing much, but then that is Malaysia.

The journey from  Penang to Pankor was seamless. No more roaring through villages hoping you wouldn’t kill a chicken or goat on the way. No more being stuck behind a bullock cart, no more rubber estates – it’s all palm oil now so the trees look like giant pineapples instead of the slender rubber trees. No more whipping behind a rubber tree for a pee, hoping a snake wouldn’t bite your bottom – now they have service stations. Beautifully clean ladies loos (squat of course) and even a loo paper dispenser! Yes, times have certainly changed We bought fruit already sliced and served in plastic bags – no more banana leaves to wrap everything in. That made me sad – it tasted better in a banana leaf, or is it just that my tastebuds have grown old?I have closed the book on my childhood holiday place. I’ve been and seen it and it’s moved on, as of course it should. I’m glad to see lots of people enjoying the beach, and being able to afford to stay in hotels. It says much about the affluence of this oil rich country. 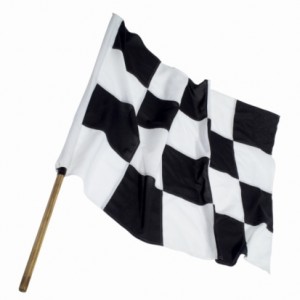 The same weekend that we were enjoying the peace and tranquility of Pankor, thousands were enjoying the Formula One in Kuala Lumpur.  How my Dad would have loved to have seen it happen in his beloved Malaya. Secretly I’m glad a British boy won it in a German car… at least we can still do something!