The Grannys (aka the Old People’s Behaviour Contest) / CountryWives

“Thank God you’re an orphan!” was the greeting from my friend Mary. She was ringing me from her castle in Scotland. I’d never really looked on my lack of parents as a ‘positive’ but was mildly curious where this was heading.

“We should teach our children from a very early age to watch telly and enjoy it!” I pondered this profound statement, deciding that I totally agreed with that. “Otherwise, they won’t know how to do it when they are old!”

“Ahhhh, and there it is! I knew there would be a point to this chat somewhere along the line, Mary.”

The ancient relative scenario. When will the ‘oldies’realise that they must hurry up and die before they go doolally or are too difficult to handle? My parents jumped the gun a bit but I did understand where Mary was coming from.

“I never ‘got it’ when you said that you didn’t like old people. I completely ‘get it’ now! I used to like old people and thoroughly enjoyed listening to them. Now I don’t. They are ghastly!” Mary paused for breath so I squeezed in my two pence.

“I do like your mother though …… most of the time.”

My poor friend had just returned from a rather tricky tiresome holiday with her mother- in-law. Apparently the ancient one was not interested in television, couldn’t get to grips with it at all. She failed to follow what was going on with any plot lines or characters involved and found television a trying pastime. She preferred the telly switched off, which was awfully annoying for my friend, who wanted to watch her favourite shows.

My friend rang up her own mother to inform her that she was being a much better old person than the mother-in-law. Mary’s mother is terribly competitive and was naturally beyond thrilled that she was winning an ‘Old People’s Behaviour Contest’ that she wasn’t aware existed. There’s nothing more satisfying than the rival camp being pipped at the post. Ha! 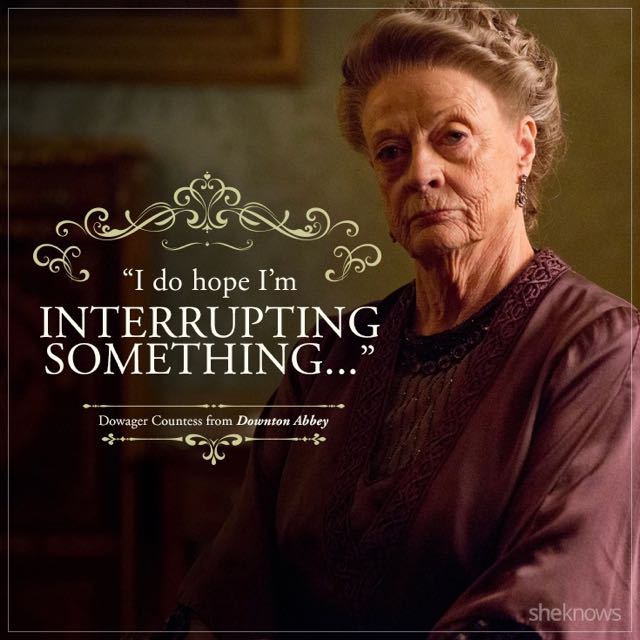 In complete contrast, you couldn’t drag Mary’s mother away from the box. You have to stand in front of it to get her attention. She is up to date with every costume drama, documentary and history programme showing. She’ll telephone my friend to talk about Downton Abbey at great length. Discussing how the households used to be run so much better in her day or that The Dowager Countess was just like her cousin’s aunt’s sister… Lady Blah Blah.

Mary’s mother has an opinion on most subjects that interest her and is incapable of being shocked by anything she sees or hears. I am particularly fond of her. She continues to makes me laugh. 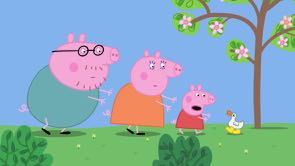 Television is a wonderful babysitter for all of us. I couldn’t agree more with my friend. My darling oldest unmarried grandson adores it. He and I would watch ‘Pepper Pig’s Golden Boots’ indefinitely if we were allowed, which sadly we are not!