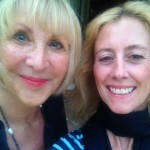 My friend Sally and I have recently taken up cycling. Not the sleek lycra clad competitive road racing sort; no, ours is called Chat Cycling. We pedal along at a steady, if slightly slow pace and chat for Britain. It is a form of healthy multi-tasking (well, it’s better than sitting on a sofa eating Ferrero Rocher). 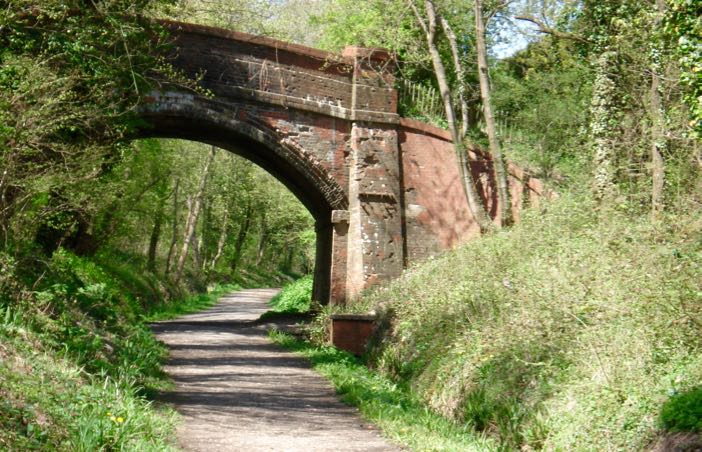 My Co-Chat Cyclist and I both bought hybrid bikes that can be used on tarmac and track. We also purchased identical little zipped bags that clip on to our handlebars into which we stuff everything from a puncture repair kit, bottle of water, peppermints, hairbrush, wet weather gear, bike padlock, tissues and a purse (for frequent refreshment stops). We have also, on one occasion, managed to squeeze in an enormous marrow bone (which was on special offer at the butchers in a village we passed through) for Sally’s dog. 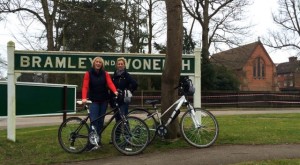 Usually we cycle on the Downs Link (used to be a railway, but thanks to Mr Beeching, is now used by horsey types, dog walkers and cyclists – ie blissfully free of traffic). Over the past few months, our weekly rides have been up and down this brilliant pathway – we have covered most of it, section by section, from Guildford down to Shoreham. It is wonderful but we fancied some new scenery and so, a couple of weeks ago, we bundled our bikes into Sally’s car and drove to the New Forest. Obviously that was after we had 1) been to the supermarket 2) done all the washing and ironing 3) organised pet care and 4) begged our families not to survive on takeaways during our absence.  Ah, to be a man – they just seem to pack a bag and wave goodbye!

After parking at our B&B, we hopped on our hybrids and, clutching a cycle route map, set off on what turned out to be the hottest day of the year. By lunchtime, we detoured to a pub whose car park was filled with aimless looking New Forest ponies and, with beetroot red faces, Sally and I staggered to the bar desperate for a drink. On the way back to join the cycle route, we freewheeled the entire mile back – no wonder I was huffing and puffing on the way there, it had been a one mile insidious climb uphill. 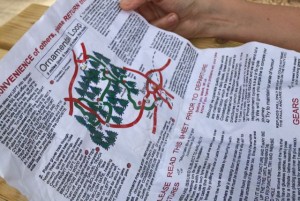 Every now and then, one of us drifts ahead, usually when the path gets narrow (and usually the slimmer, fitter Sally), and so we have natural lulls in our conversations (well, you can’t chat for hours and hours and hours – can you?). Being out in the open air is, of course, wonderful but trying to find our way wasn’t. The New Forest signage is mystifying – numbers that don’t match the map and nothing helpful like “such and such a village is this way”. So our map was opened out and folded up on a regular basis – by regular I mean every 20 seconds or so. Am sure my son is tutting as he reads this – “Why not use your smartphone Mum?”  Well, I do actually, but only an app called Strava which monitors your route, speed and mileage. 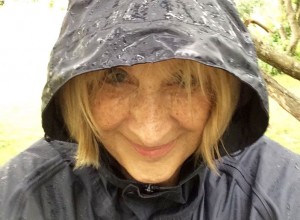 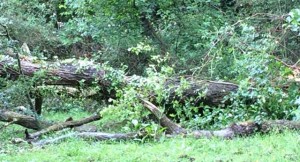 Surprise surprise, the following day was overcast and drizzling. But, being stoic Brits, we put on our wet weather gear and set off anyway.  At one point it started raining heavily so we sheltered under a canopy of trees in a layby. As we stood waiting, we heard an ominous cracking noise and, to our astonishment, a very large tree keeled over and crashed to the ground very close to us. Phew! There but for the grace of God as they say…

Anyway, if you haven’t tried Chat Cycling, I thoroughly recommend it. This is one of the few exercises you can do sitting down, it doesn’t hurt your knees like jogging and is a lovely way to spend time with a friend.

Sally says: “If you have ever thought about cycling but been put off by all the seriously fit Lycra clad folk around everywhere nowadays, think again. Like anything in life one can take a more relaxed approach but still get results. We don our jeans or shorts and chuck on a tee-shirt and go for it. Not only is it free, it’s sociable and it’s surprising how being out in the fresh air in the countryside makes you feel better instantly. We started off 6 months ago after I had a hip replacement and haven’t looked back. To begin with we walked up almost every hill, now we cycle up (very slowly) most and, no doubt about it are fitter and more toned. We give ourselves realistic goals each week and so far have been successful in achieving them. Another great thing about it is that we can now have the odd sticky bun with coffee without any guilt. Happy Days!”