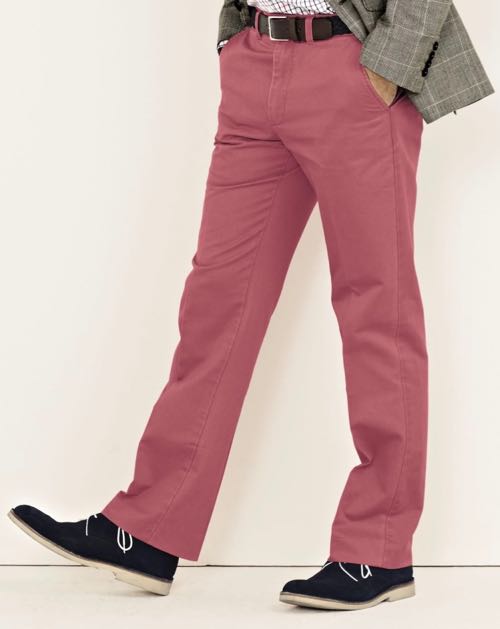 My hubby was totally transfixed ‘people watching’ two English couples when we touched down at Heathrow. The men wore the prerequisite dusty pink chinos, crumpled linen jackets, and the rest of the uniform which hadn’t deviated one iota since their first term at public school.

The ‘gallant’ males sprinted from the plane, leaving their exhausted females to bring up the rear and the duty free. Of course, when reaching passport control, the men had to wait for the Sherpas to catch up with the all-important passports and documents’ folder. Nobody looked very happy about this error, least of all the men, who had secured top place in two of the ‘UK/EU Only’ lanes and were now having to watch others take their hard won spot, time and again. These chaps were going rather pink in the face, which complemented their fetching ‘rhubarb-fool’ trousers.

Now there was the beastly dilemma of which queue do you join, having given away one’s hard earned place? Surely not that hideously long ‘crocodile’ for the passport scanning machine?  We witnessed their blind panic being in the ‘Wrong Lane’, with their heads jerking erratically (similar to a turkey) to see how other travellers were progressing. This was followed swiftly by their barely hidden fury that one’s beastly womenfolk were entirely responsible for this debacle. 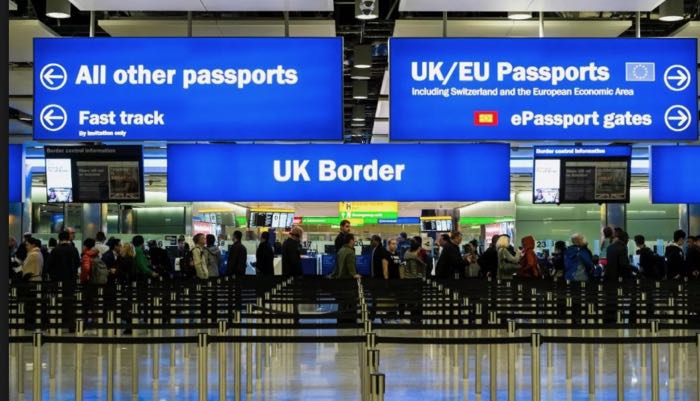 My hubby was gazing with absolute fascination whilst handing me back his passport. “Do you see those men over there? They are really upset not to be in the quickest lane.”  Rather surprisingly we seemed to be in the fast lane! How did that happen?

Once through the passport control, we saw those men ‘take to the gallops’ for luggage reclaim. As predicted, they aimed straight for the trolleys, signalling rugby commands to cover either side of the gaping hole spitting out bags on the conveyor belt. With more hand signals, the wives were positioned mid-point from the access to the exit beside the conveyor belt. They were told to ‘Stay’ with the universal Open Palm hand signal that all good dog trainers use. They looked thoroughly disinterested in being directed to ‘Stay’ preferring to ‘Wander about’ and ‘Chat’ which wasn’t in the handbook at all. Both hubbies noted this insubordination, but rightly deduced that ‘dog training’ should be shelved at this late stage of the journey. More important things like ‘who acquires the first full trolley?’ was next on the agenda. 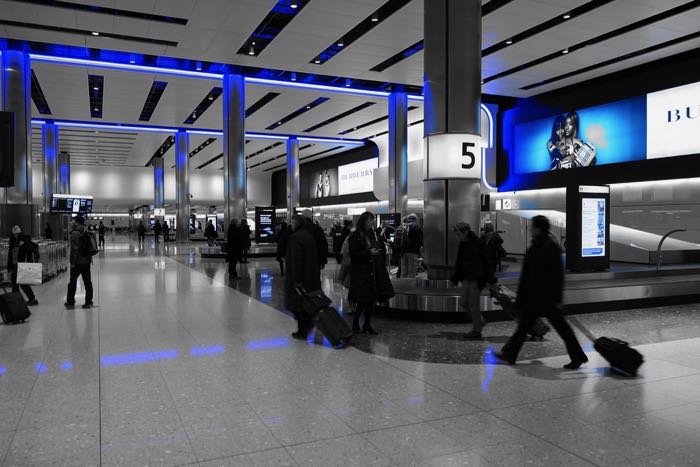 We received our bags extraordinarily quickly, unusually so in fact. They had sailed past my husband before he realised they had even presented themselves at the mouth of the cave.  We were safely on our way home, when my husband chirruped up, “Wasn’t that funny seeing those ridiculous people getting into such a fuss about everything?”

I looked up at him in stunned disbelief and amazement. “Darling… it was like looking into a mirror.  It was pure déjà vu.  Don’t you see that?  It’s you and me ….. without the ‘Boden catalogue’ obviously!  Why do you think our entire family choose to travel separately from you?”