Plastic. Are We Recycling Legally And Morally?

4Ocean websiteI bet you thought that I was going to write about Brexit this week. However I feel that everyone is equally fed up with this topic. It dominates the news on TV and in newspapers, it is the most discussed subject at any gathering. In actual fact we went to a Brexit-free dinner party last week and it was refreshing, though it doesn’t mean that the problem has gone away. However it is like having a digital detox – good for a short time but you cannot ban it completely. I don’t mind a problem if it can be solved, but Brexit has flawed everyone – no-one has the answers and we are all left hanging out to dry. The knock-on effect of Brexit is that there does not seem to be any other government work being done as far as I can see. Politicians are so busy telling those that are trying to negotiate Brexit that they have got it wrong I wonder whether they have time for any other work. There are a thousand Brexit issues that still have to be solved, but one problem that has engaged all of us recently is the ‘Problem of Plastic’. The TV programme Blue Planet has galvanised us into caring for our oceans but we now have even more problems in this area. 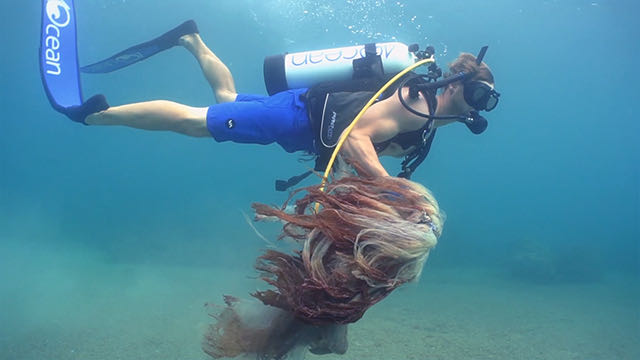 In amongst the 14 articles in my newspaper this weekend about Brexit there was one about the problem of plastic. You may have heard about the fires in Poland, the UK’s new dumping ground for waste plastic ever since January when China refused to take any more of the UK’s waste. Every year, British households throw 22m tons of waste into the bin. Recycling rates have stagnated at about 44% and the UK is unlikely to hit its target of 50% by 2020. Britain does not have the requisite infrastructure to recycle its own plastic waste, so now sends 12,000 tons of plastic to Poland every year. So we have made our problem someone else’s problem. These fires of burning plastic, over 60 in Poland in recent months, release carcinogenic pollutants including polychlorinated biphenyls, mercury, dioxins and furans, which do not biodegrade and can accumulate in watercourses and crops, poisoning food chains. This mess in Poland raises serious questions about whether British companies are fulfilling both their moral and legal responsibilities. They are bound to ensure that plastic that is sent abroad is properly treated.

I think we are all concerned about the state of our oceans and I even have friends and family who only ate fish and have now reverted to meat as they feel fish is no longer healthy with all this talk of plastic absorption. Between 8 and 12 million tons of plastic are dumped in the world’s seas each year. According to statistics from the United Nations, if current levels of pollution continue, there will be more plastic than fish in the seas by 2050. Plastic bottles are a big part of that problem. In the UK, over 35 million bottles are consumed each day, with around 16 million of those not recycled.

I recently sent money to a company called 4Ocean that employ captains and clean-up crews from Florida to Bali that are cleaning our oceans and coastlines seven days a week. In addition, they host beach cleanups, offshore cleanups and worldwide cleanups to make the greatest impact. If you purchase a 4Ocean Bracelet, 4Ocean will remove one pound of trash from the sea and coastlines. (Either from the 4Ocean website or, if you’re in the UK from London Surf). This bracelet represents a commitment to cleaning the ocean and helps to raise awareness of the 4Ocean movement! I bought them for my children as they are so committed to ridding the world of plastic and when I did they said that they had seen people wearing these bracelets so it is becoming quite a thing. It is a slightly different way of crowdfunding. I wear a bracelet and people are always asking me what it is about, so I hope that in a very small way I am spreading the word. 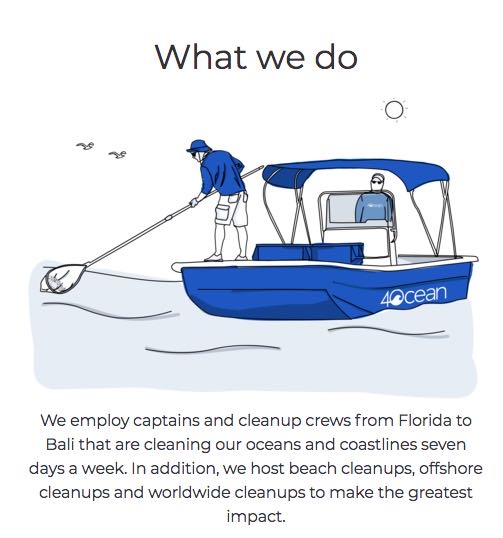 However I went to a festival this last month where it was wall-to-wall plastic. Many of the drinks were not only in plastic cups but also had a plastic straw. I thought straws had long ago been given the Michael Gove treatment and banned from any environment-loving event. Not so at this festival – I will not name names but I have written to the CEO.

A huge number of independent British festivals have pledged to ban single-use plastic on their sites. The Drastic on Plastic initiative is led by the Association of Independent Festivals (AIF) and all 61 of their members have signed up. Festivals are known for their huge waste output, but the project will eliminate plastic drinks bottles, straws, food trays, cable ties, toiletry bottles and glitter from all sites by 2021. 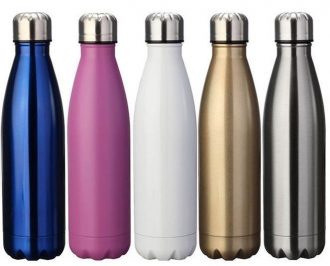 We have to make people aware that we, as the customers, are not happy to be drinking out of plastic, or buying all our fruit and vegetables in plastic containers. They will only react to our displeasure. As has been shown in Poland, recycling plastic is not enough as we do not always have a safe way to rid the planet of used plastic. Invest in a Chilly Bottle (a reusable bottle free from BPA that keeps drinks cool or hot) if you can, vote with your wallet and do not buy anything in plastic.

If our Government is too busy with in-house fighting over Brexit, we need to start taking control of our world and not wait for them to come up with a solution. Watch the 4Ocean video and see how two young men took on this problem and are making a great attempt at making not only cleaning up our oceans and beaches but also making the world aware of how plastic is destroying it.