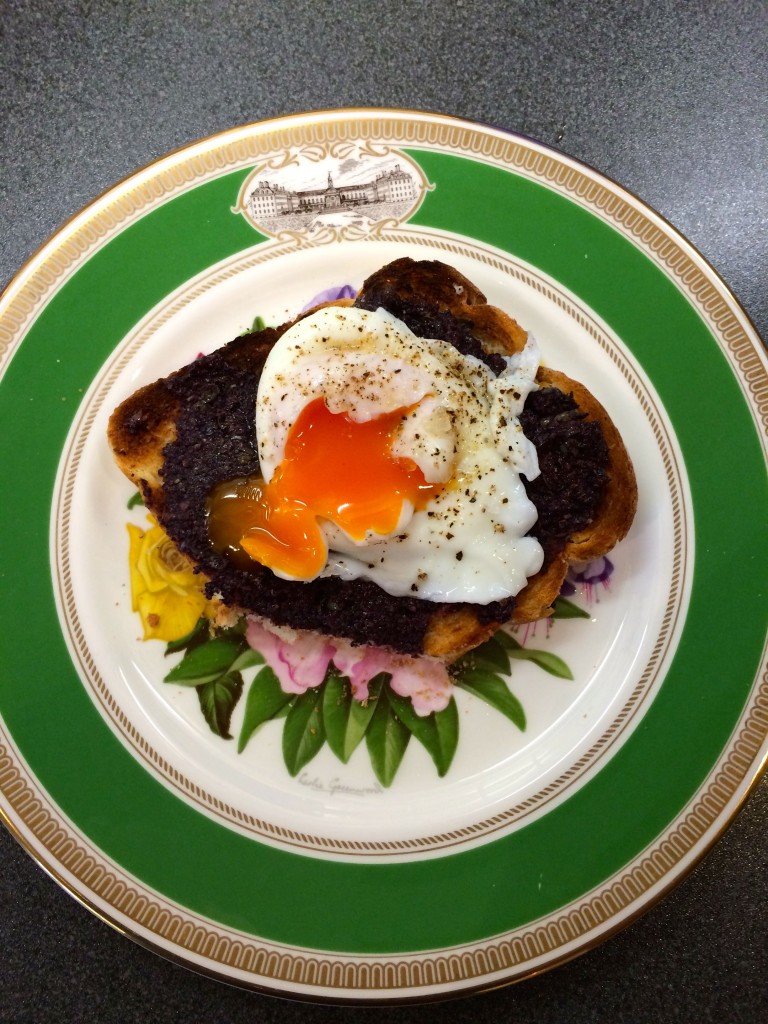 Not sure this actually qualifies as a recipe per se, but it was super fast and pretty tasty. Just the thing when you are really hungry and not keen on waiting while something cooks.

While you make a slice of toast, boil a kettle of water.

Pour boiling water into small saucepan and gently crack an organic egg into it, then simmer for two minutes. (No vinegar required in water by the way).

Using a slotted spoon, remove egg from water and plop onto toast.  Season and tuck in!

Tapenade is a Provençal dish consisting of puréed or finely chopped olives, capers, anchovies and olive oil. Its name comes from the Provençal word for capers, tapenas. It is a popular food in the south of France, where it is generally eaten as an hors d’œuvre, spread on bread.

Olive-based tapenades with anchovies and/or vinegar are ubiquitous in Italian cuisine and are documented in ancient Roman cookbooks dating back thousands of years before the appearance of the French word tapenade, or indeed the French language itself.  The earliest known tapenade recipe, Olivarum conditurae, appears in Columella’s De re Rustica, written in the first century AD.