About eight years ago my husband and I started drinking vinho verde, which translates to ‘green wine’ in Portuguese, but basically means ‘young wine’: as in un-aged. As in France, it’s designated by region and the way it’s produced rather than the kind of grapes you make it with. It comes in all colours, and the main thing about it – apart from the fact that I find it totally fresh and delicious – is that you drink it soon after bottling. It’s got a bit of a fizz to it, which would usually be considered a fault with the wine, but in this case makes it the perfect wine to drink all summer long. 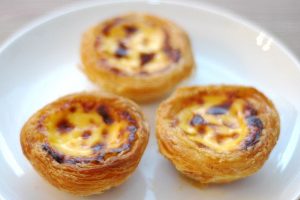 Anyway, while enjoying a pastel de nata (those delicious Portuguese custard tarts) – not at the same time as the vinho verde, mind! – it suddenly occurred to me that maybe we should be looking for holiday in Portugal?

Choosing a holiday destination based on food and drink isn’t particularly unusual these days. Portugal certainly has recognised credentials when it comes to markets stuffed with treats, and great bars and restaurants. Plus, one of its obvious draws must surely be that it’s right at the bottom of Europe, where it’s warm and sunny for a lot of the year. And it’s a long thin country, so it’s got long stretches of coastline…

As soon as I mentioned it to one of the Hotel Gurus they started raving about its beauty. “I can’t believe you haven’t been! It has all these wonderful little villages and dramatic, edge-of-the-world type cliffs! And there are the obvious resorts, but also plenty of places which still feel fresh, and where not everyone has been. Plus Lisbon is amazing!” And it continued… everyone seemed to agree that I have been overlooking a truly fantastic country, which I should be exploring in ALL seasons. Apparently you need to go back there at different times of year to really appreciate how good the food is.

Sun and Fun
It’s all in the name at the Surfers Lodge, Peniche, a small, affordable hotel with chic decor, a funky bar and restaurant and its own surfing Academy.
Plus you’re close to the beach and there’s quirky art on the walls and a roof terrace. Rooms start from around €130 B&B per night. And Peniche http://www.thehotelguru.com/best-hotels-in/portugal/peniche is a well known surfing destination with a spectacular port right on the headland and a fabulous beach. It also has a charming historic, walled centre. 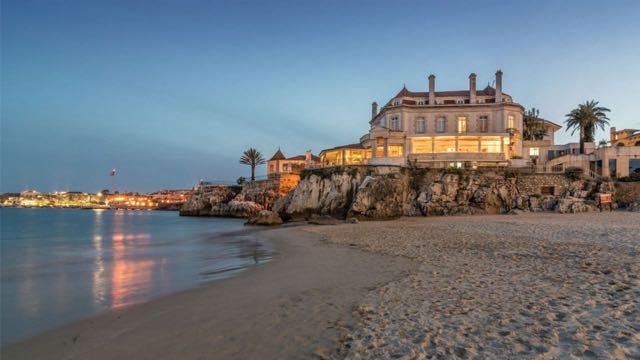 A Magical Setting
The Hotel Albatroz is in a wonderful spot, atop a small rocky headland between two sandy beaches. Its 50-odd rooms and suites, which start at around €275 B&B per night, are beautifully decorated in pastel shades, and the hotel’s shape means that quite a lot of them have sea views and private balconies overlooking the water. The pool is also lovely and restaurant is said to be excellent. Cascais is a sophisticated little town just outside Lisbon known for its three golden bays and excellent seafood. 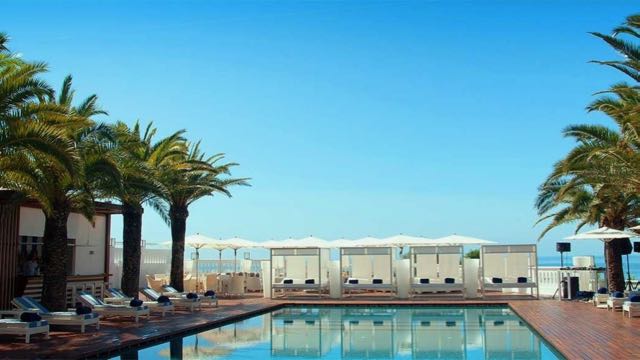 Treat Yourself
A very private feeling and elegant looking boutique hotel on the beach, the Bela Vista Hotel & Spa is just the place to relax. You could easily not leave the hotel’s beautiful art deco interiors except for the purifying spa and the comfortable beach beds beside the pool. But the beach is just there if you want to. Rooms start from around €310 B&B per night in high season. Outside the hotel, Portimao has a lovely old harbour lined with cafes and restaurants which sizzle with seafood. The old town is cosy, but Portimão does serve the package holiday market in summer. However it is still very beautiful and even worth considering if you’re looking for a spot of winter sun.

Affordable Chic
Perched right on the edge of a cliff, Estalagem da Ponta do Sol offers minimalist chic at minimal prices. The 54 rooms – which start from around €125 per night – are stylish, and many of them have spectacular ocean views and private balconies. There’s a trendy open-air bar, an infinity pool, an extensive spa menu, and an excellent restaurant. And it’s in sunny Madeira, known for its cake and wine as well as its scenery and range of holiday activities. 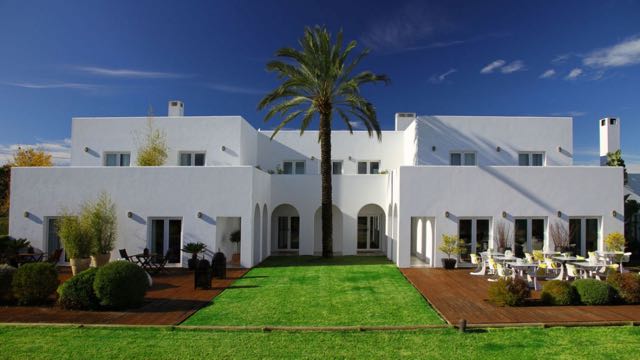 A Total Escape
If you’re looking for somewhere small and sunny to retreat to the nine room Vila Campina, surrounded by lavender groves and olive trees, just outside Tavira, could be the perfect Moorish escape. The building is a bright, white beacon of sophistication amongst farmland. There’s a stunning pool, but the beach is nearby, plus white interiors and tranquil gardens. Rooms start from around €165 B&B per night. Without wanting to sound snobbish, Tavira is how you might imagine the Algarve was before it became so easy to get to and everyone started going there. It doesn’t have the big resorts and golf courses and, refreshingly, there are more churches than there are hotels, and more fishing boats in the harbour than boats offering day cruises.

Practical Details
Portugal is a relatively small country, but its coastline is long and there’s plenty of variety – much of it is spectacular as well as sunny. Its Mediterranean climate places it in a list of the warmest countries in Europe, but the cool breezes off the Atlantic mean that for the most part the interiors are where it gets really hot. Of the recommended destinations, Portimão and Cascais are great if you’re looking for warm seas, with average maximums above 20°C between May and October and the water temperature hitting 20°C between July and October. Tavira, to the south, also offers warms seas, and on land the average maximums are even higher, staying above 25°C between June and September. Peniche to the north is a bit cooler – which is probably good if you’re going to surf. Madeira has the least fluctuation of temperatures – the average maximums range from 19°C in January to 26°C in August.

Lisbon, Porto and Faro are Portugal’s major airports and they’re well served by UK airlines. It is possible to travel by train too, but it takes around 36 hours. If you opt for Madeira, Funchal airport has direct flights from the UK run by BA, easyjet, jet2, TAP and Monarch. It’s a 90 minute flight from Lisbon if you’re not fussed about travelling direct, or you can get a ferry from Porto Santo.