What happened when Covid caught Sandie

We have rather avoided articles on the subject of the dreaded Covid – there has been so much in the press already. But when we received this account from Sandie Lenton (aka the Global Gypsy) about her personal experience we thought you would find it interesting reading, particularly as she has been very honest about her experience and, most of all, because she has an undaunted positive attitude.

I caught Covid in July, rather I should say Covid caught me, because I wasn’t looking for it and I still don’t know how it found me. That’s not to say that I have been hiding because I haven’t. I have been cynical from the outset, to such a degree that some of my erstwhile friends are scarcely speaking to me. It seems these days that to disagree with the ‘party’ line is simply not allowed. What happened to free speech and that wonderful phrase “I disapprove of what you say, but I will defend to the death your right to say it”? Disagreement and discussion are surely the road to knowledge and courage.

However, whichever and whoever caught the other, I went down with Covid, and it has taken me nearly two months to recover. Without in any way wishing to downgrade those poor souls who have been hospitalised and even died from this wicked virus, I do think that it might be useful to have an account from somebody over 70 (and indignant at being considered vulnerable) so that some of the fear may be addressed by those to whom recent propaganda has kept prisoners in their own homes.

First of all let me say that I have suffered worse flu, insofar as I did not have a runny nose, aching limbs or a sore throat. I did have a headache for three days, I did sweat for the same period of time, drenching my pillow and sheets and as I didn’t have a thermometer I can only assume that I had a temperature. I did sleep for about 18 hours a day for ten days either in bed or on the sofa and I did have diarrhoea for the same length of time. I lost my sense of smell and taste for about five days but when they came back they were both stronger – and still are. The combination of these symptoms added up to little or no appetite and so I lost 5 kilos in under a week. This may sound good, especially as I have been trying to lose that weight for over a year, but believe me it is anything but good. My eyes sank into their sockets and I looked approaching 100! Not to worry, it went back on again pretty quickly when my appetite returned, although I find that my tastes, as well as sense of taste, have altered. I tried a glass of white wine two days ago – horrid and sour, so the next day I tried a glass of red – equally horrid, so that is seven weeks without alcohol which can only be beneficial.

After two weeks I thought I should be better but I was wrong. The Covid virus had left the body and was proven by a negative test, but I had become dehydrated without realising it and when I did, it took a few days of drinking Aquarius and other sports drinks before I was back to normal.

But then the fatigue, the incredible and all consuming lack of energy.  Without doubt that was the worst part, and the part that I assume is nicknamed ‘Long Covid’ and which has been likened to ‘Yuppy Flu’. The thought of making the ten metre trip from sofa to bathroom was soul defeating and it took me quite a while to devise a strategy, because believe me I had to have support places en route; and once there and safely upon the throne, the way back was equally exhausting to contemplate. Taking a shower was akin to climbing Everest and scrambled eggs on toast was a four trip journey, and once back in the sanctuary of the sofa the effort had all but taken away the reason.

With the intense fatigue came an irritating dry hacking cough which had me in spasms and left me gasping for breath – breath that didn’t come, because that was the next aftermath, my lungs felt as though they had been squeezed out like a dry sponge, and I knew that I was at risk of pleurisy or pneumonia or both (I know because I have already suffered from that duo some years ago). The pain in my ribs was a sharp reminder that this was not something that I wanted to repeat. Good old Ibuprofen taken twice daily sent it packing before it got hold and left me weak but determined.

I can honestly believe those people who have had or are still suffering from Long Covid, or Yuppy Flu, because the fatigue is so overpowering that it is just too easy to give up and say it’s not worth the effort and reach for the tv mobile control. Luckily it isn’t in my nature and so I set myself daily targets and made sure that I reached them. The first day – dress properly – because I had been sitting about in a bathing costume (so much easier than the effort of bra straps); that took all my energy and I had to lie down for an hour to recover. Second day – actually go outside and just stand in the fresh air for about ten minutes. Third day – descend my stairs and visit the local supermarket just twenty metres away. That took the best part of an hour, but I did it, and then collapsed back on the sofa for quite a while. And so on, and so forth, each day just a little bit further and a lot of recovery time.

I finally went to a doctor – you might ask why at such a late stage and all I can answer is that before hand I truly didn’t think that there was anything that a doctor could do. I can still hear my grandfather’s doctor’s voice ringing out ‘go home, go to bed, stay warm, drink plenty of fluids and let your body mend itself’. Not bad advice, but I needed to be assured that my lungs had not been irreparably damaged and scarred. A few minutes of listening through the stethoscope assured him that they were fine just inflamed from the coughing and the lack of oxygen.

Steroids and antibiotics were prescribed in unison – why? Because Steroids leave the body open to attack from viruses and bacteria! So the antibiotics are used to pre-empt any such onslaught. I never did much like steroids and now I knew why! I don’t much like antibiotics either, so I bought them and put them in the cupboard. I did use the puffer though – not for long because it made my mouth taste metallic and very very dry. But, it opened up my air passages and with a natty little thing bought for a few euros from the local chemist I persevered. This little gadget is a rack of three clear plastic tubes inside which are three coloured balls, one per tube, and attached to a breathing tube and mouthpiece. It is very simple – one just has to blow the balls up the tubes and then turn the thing over and repeat but by sucking them down the tube. Easy?! The first day I managed to get one ball about a third the way up the tube. Two weeks on and I am sending two balls up and down 50 times each way. I still have to get that third ball up and down, but I will before the end of the week.

The cough has almost gone. I have sucked enough Halls cough sweets to justify having shares in the company, but beware these little sweeties – they are sugar free – good I hear you say. Yes but they are sweet so what is the substitute? Sorbitol or similar – which is a laxative on a bad day and a flatulence invoker on a good one, so careful or you will be back to paragraph one and great friends with the lavatory!

Today, to mark the seventh week anniversary of Covid catching me, I swam 50 lengths in 30 minutes and I celebrated with a tonic water!

Am sure you’ll join us in wishing Sandie well with her recuperation so that she is fully better soon. 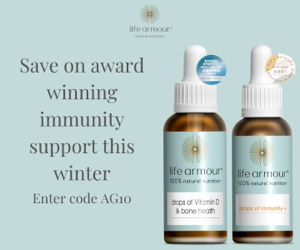