Regattered Shattered & why I am so exhausted / CountryWives

If you live in or near Henley-on-Thames you will understand when I say that whilst I love Henley Royal Regatta I am always completely shattered by the end of it or, as I now call it, REGATTERED. 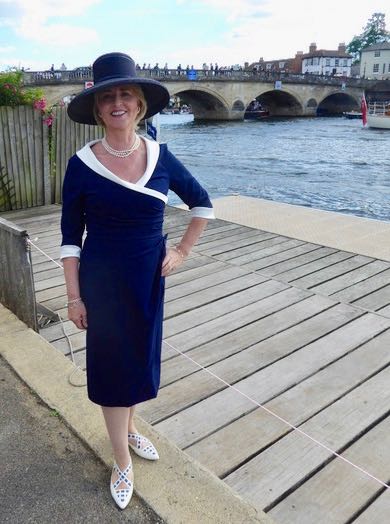 Our small market town is invaded by tall (and I mean extremely tall) young men and women who all seem to be at the pinnacle of fitness. The shelves in our local supermarkets are stripped of carbs and protein. Our own men are dusting off their summer blazers whilst women are finding dresses that conform i.e. finish below the knee (quite challenging if you are young) but not if you know Bombshell HQ where I got this beautiful navy and white dress – quite the nautical theme – for my day at the races!

Now you may be wondering why I feel regattered.  On some days I went with friends on their boats and floated gracefully down the river watching the sculls fly by in their brightly coloured lycra (can you sense the sexual edge in my writing?) The racing stops whilst everyone has lunch and that can be in any number of places from the Leander Club to the Stewards enclosure, the general public area where there are any number of food concession and fun activities (you don’t have to conform to the strict dress code in this area) or in my favourite place – the balcony of a friend’s house overlooking the finish line. Cream teas are available during another break in rowing, and very popular, in a marquee in the garden of the Leander Club. So it would seem like a genteel week of socialising but then you don’t know my children.

Their approach to Regatta week is entirely different and it does not involve rowing or even the spectator sport that I indulge in. The sport they have takes place at night and involves Regatta in so much as it is on the banks of the River Thames but it is inside the Mahiki tent or another similar venue. 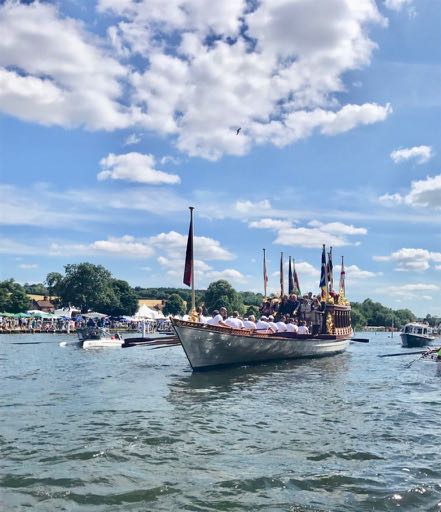 It begins about 3 months before the event when they each start to gently mention the dreaded word ‘Regatta’. At this stage it is all very casual and they think they might come down with one or two friends or maybe not at all (yes that scenario is touched upon). As I have 4 children and if they each bring 2 friends – well you can do the maths – we have a party! Of course since most of their friends have been to stay with us during Regatta it has now become a fixture in their diaries and so a quick text to the relevant child and they are invited. So the one or 2 has already gone up to 3 or 4. I suppose they each think that 4 of them is not too many but multiplied by 4 and we have a house thrashing!

This year was no exception and we had 20 sleeping and another 10 joined them for lunch each day which lasted until they went to the night parties at about 9pm. The fridges took a beating, the ice machine could not churn out enough ice to keep up. Ocado delivered at least twice in five days and the kitchen never had less than 6 people in it, one of which may have been the Ocado young man who looked more like a Baywatch actor and was rather enamoured by our female house guests. 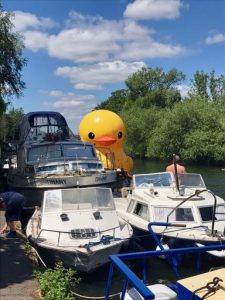 At one point our septic tank decided to play up due to lack of rain, low river levels and silt (I won’t mention the other ingredients to this calamity). The plumber was called who spent 20 minutes telling me I was mad before being extremely helpful with our lack of flow! My older dog hid whilst the younger dog, Kobi, a teenager equivalent, was overwhelmed by all this youthful company and behaved like a Doodle on speed. My own children worked their socks off keeping the ever-hungry pack fed and watered and their mother sane by clearing up as they went along.

My daily, who is a saint, came regularly and was seen to punch the air when the final stragglers departed back to London on Sunday evening. She and I have not yet ventured into the ‘shed’, which sleeps six and many more for the after Regatta party, as I need more energy for that one and this week Henley is invaded by rock stars for its annual music festival. So more partying for OH and I – so now you understand why we are regattered but we only have ourselves to blame!! 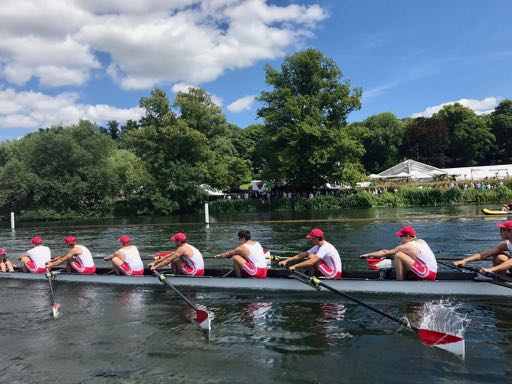