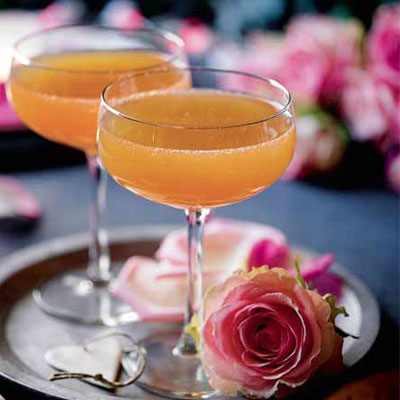 I made a flying visit back to the UK last week courtesy of Ryanair who, I have to say, are going up in my estimation.  The return flight was the princely sum of €20 but I opted to pay for baggage which took the price up to €60 return.  I am not complaining!  I returned for four days to see my youngest daughter who has moved into a new flat (alone after the end of her nine year relationship) and I had curtains, table linen, bedding, a tin of confit duck, a 5 litre box of Merlot, some frozen gesiers (duck gizzards, a local delicacy), saucisson, pate, a string of garlic and my clothes for painting in (“do you think you might have time to paint my bedroom, Mumra?”!!!!).

When I’m in England I miss England, when I’m in France I don’t.  Becca lives in North London and it is very cosmopolitan.  The noise is non-stop and I don’t feel very comfortable walking around the streets alone.  However, it is five minutes from a fast underground into the centre of London and on Thursday night we met up with one of my greatest girlfriends.  We decided to do it in style and met at Searcy’s Champagne Bar at St Pancras (easiest point for meeting for all three of us so I just had to have a Passion Fruit Bellini) and then on to Carluccio’s.  The more we had to drink the louder and more giggly we got, lulled by the effervescent headiness of a busy Italian restaurant and frantic commuters/travellers.  We are all ex. luvvies, except for Becca who, age nine, played Michael in Peter Pan, and, much to her horror, got stuck half way across the stage in the flying scene when the rigging failed.  Five feet off the ground she looked directly at the audience and said “I don’t seem to have got the hang of this, Peter”, to much applause and thigh slapping.  It is great to catch up with old friends and although we see each other about two or three times a year, it’s like we’ve only just finished the conversation (if we ever do finish a conversation from laughing too much!) from the day before and I relish the times when we do get together.  The next time will be here in France in June, when a group of twelve friends come back every year, as now they have discovered the beautiful region we live in, want to feast on it more and more.  I don’t feel so guilty for leaving them all now as I certainly had a hard time from some of the when we first said we wanted to live in France.  “What do you want to live there for, it’s full of the French!”. 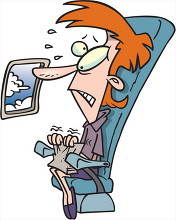 I used to have a fear of flying and refused to do it for 22 years but strangely enough, children and divorce made me more self-confident and I happily (as long as it’s not too bumpy and then I take a deep breath in the hope that it will make the plane lighter) pop back to England on my own and next month I’m off to Qatar to meet my first grandchild who is due at the end of this week, and help my oldest daughter get into the swing of motherhood.  I’m beside myself with excitement.  I will only have room in my carry-on case for my clothes as the large suitcase is already full of baby things.  French baby clothes are to die for and for the last few months every time I went shopping something baby orientated would slip into the shopping trolley.  British Airways have the pleasure of taking me to my Middle East destination and I have to admit, they are not my favourite airline.  Over the years I feel they have got arrogant and complacent and I want to “fly the flag”!  However, in my humble opinion they cannot compete with the likes of Emirates, Qatar Airways, Singapore Airlines or some of the other Middle East airlines (“other airlines are available, terms and conditions apply”) who still treat their customers with dignity and not quota.  My last flight with BA was to Delhi, two years ago, where the cabin crew were rude, evasive and unhelpful.  I hope my next one is a more pleasant experience but I will probably be on such a high I won’t even care if they ask me to use the outside toilets. 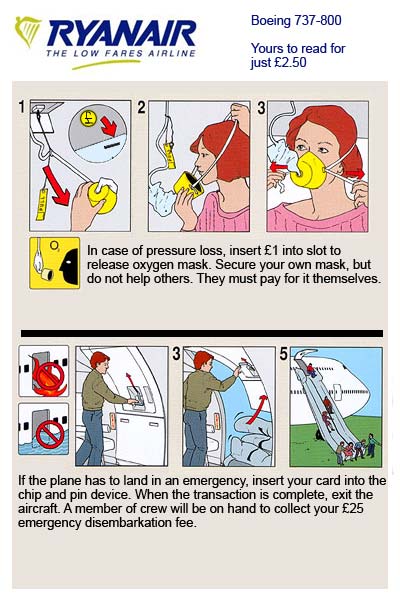 Meanwhile back with Ryanair, I flew back to England last spring to meet up with my eldest daughter for the final fitting of her wedding dress and for me to buy mother-of-the-bride hat, handbag and shoes.  The return flight was a little scary.  Once up above the clouds it was peerless blue sky all the way to France but as we approached Rodez I could see large thunderheads spiralling into the air.  Rodez airport is on a plateau and frequently turbulent on take off and landing.  As we descended it became increasingly uncomfortable and I was mentally choosing whether to have a panic attack or grip onto the hand of the handsome young man in the seat next to me.  I chose the latter option and Steven was very supportive as we chatted to each somewhat hysterically as the plane was buffeted around the sky.  Hailstones as large as golf balls were passing the window and I could see the runway was covered in a thick layer of ice.  20 feet off the ground the engines suddenly roared and we headed back into the clouds.  The plane was struck by lightening twice, the woman in the seat in front of us had to be given oxygen by the cabin crew who announced “To nauczy cię tylko zapłacić €20 powrót.” (“That will teach you to only pay €20 return”).  The idea uppermost in my mind was that if we crashed I would be really, really annoyed as it took me four days to find my hat, shoes and handbag for the wedding, which were in the hold and for which I had paid extra.

Last week both my flights to and from the UK were bang (oops, unfortunately expression!) on time and we had the usual trumpet fanfare congratulating themselves on “another Ryanair flight lands on time”.  However, has anyone ever noticed that they usually extend the flight estimation time by 15 minutes so they are rarely not on time?  Clever.   And I leave you with a You Tube link by Fascinating Aida called “Cheap Flights”.  For those of you with a nervous disposition the language is ripe but it sums up budget airlines to a T!  Happy landings.