Round Britain with Baa: Finding the Fens / CountryWives

My friend Chris Lloyd Owen, who lives in Norfolk and loves it with a passion, told me about the wonderful churches there which ‘hang like a jewelled necklace under the north Norfolk coast’. It’s true! There were more than 1000 medieval churches built here (more than 600 are still there today) the majority built from the flint that abounds in the folds of chalk under the shoreline. The coast has changed over many years, as the sea has retreated further and further out, revealing all the marshes which make this coast such a haven for bird life. The church wall at Cley next the Sea has a notice on it saying that it was once the sea wall, and now the sea is almost a mile away! 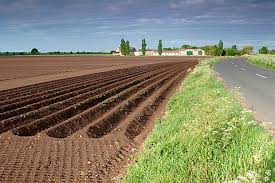 I felt sad to leave this bit of coast with its cosy villages and vast seascapes, as I drove south parallel to the east side of The Wash. The flint buildings stop and brown ones, built from local carr stone, start somewhere around Brancaster. They’re still attractive – just not grey and flinty – but the whole scene changes too; by King’s Lynn the flint is forgotten and the landscape is of huge farms, wide open countryside, flat as a board, the earth a rich, purple-brown.

It was late in the day and didn’t know where I would stay, and it had been a long time since I got up to go fishing. I wanted to find a place called Wingland where my great-grandmother’s husband (Uncle Sidney) farmed in the 1930s. I really wanted to find the house because I had talked to my mother about it not long before she died; the memories of when she and my aunt had spent happy Christmases there as children had been totally clear to her. She said Wingland was ‘in the middle of nowhere, by the Fens’.

I knew it was near Terrington St. Clements, a one man and a dog sort of place, and nothing much was stirring when I got there at 7pm. I went into a pub by the village green to ask if anyone knew where Wingland was. There was an uncomfortable quiet; six or seven people sat at the bar looking into their drinks. A glum, middle-aged man in vest and shorts, long hair and a baseball cap, pointed to a woman at the end of the bar who I think had been sitting there for a while. “Ask her,” he said.

“Do you know where I can find a place called Wingland?” I asked again. She blinked at me and gave directions. Was it me or her – but I couldn’t understand what she said and she repeated it twice. “Go towards Somethingorother Bridge…” Her friend said “Yes, towards ?? Bridge and go on the old road, not the new one.” “The old road?” I said pathetically. “Yes, turn right out of here and keep going.”

I wasn’t at all confident and was becoming increasingly tired and apprehensive, and I hadn’t seen a campsite for miles. I would just have to park in a lay-by and restart my search tomorrow, but that vast open landscape (you can see for miles and miles), dotted with a few farm buildings and remote pairs of cottages, made me feel exposed and nervous. 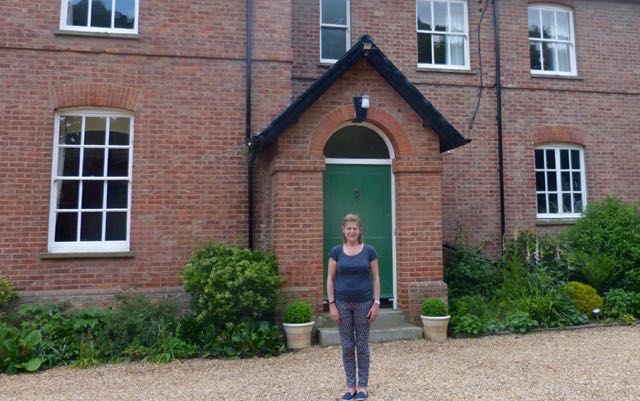 Unbelievably, after a couple of miles (going towards Sutton Bridge, that’s what the ladies had been saying!) there was a sign sticking out of the grass verge pointing right… to Wingland! I knew the house was tall and red-bricked and I could see one half a mile away, and another to the right a bit further on. I approached the first one and … it was Uncle Sidney’s house! I drove in and a man in green overalls came across the yard to meet me. He knew all about Uncle Sidney (he was obviously quite a character) and told me that his own family had lived there since 1971, farming potatoes, sugar beet and wheat. His wife came out and they couldn’t have been nicer, and let me take some photographs to show the family. One more favour, please may I park in your farmyard overnight? Yes, of course I could. I parked Baa between a vast barn and a spraying machine and settled down for the night.