Round Britain with Baa: Northumberland / CountryWives 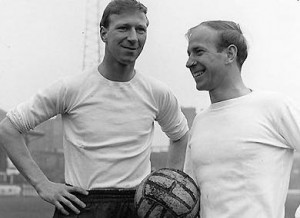 There were two things I wanted to do in Northumberland – to take a boat trip to the Farne Islands and to visit Holy Island. Nick, my husband, was with me for a few days and he said that, as we were passing, we must go to Ashington to pay homage to the Charlton brothers. 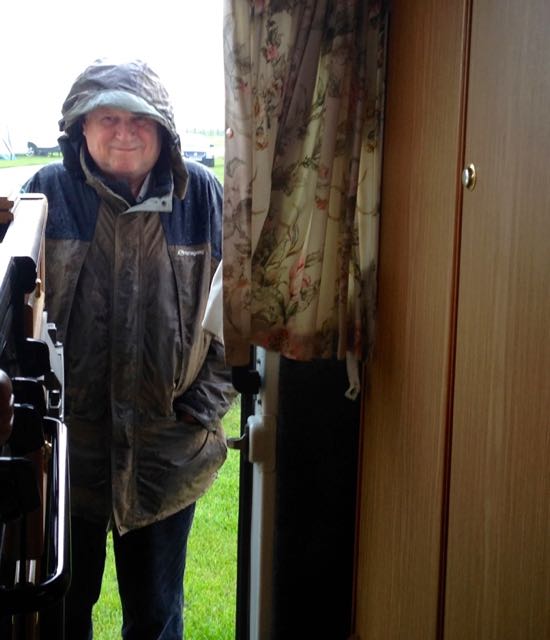 We arrived at the Sandy Bay Campsite at Newbiggin by the Sea in torrential rain and such a ferocious wind that I thought Baa would be blown straight over the cliff. But by morning the storm had passed and we looked out along Newbiggin Sands at the sun shining on a modern, square factory by the sea at Blyth – it was stunning!

Ashington, home to Jack and Bobby, and the famous Ashington Painters, was once at the heart of the Northumberland mining region and thousands of people moved their families here from all over the country in the first half of the 20thC. The work ‘was dehumanising, but it was a job’. But of course there’s no mining now. On the June morning that we were there the people looked very bobby and friendly, chatting in the sunshine with their shopping trollies. We didn’t see a monument to the Charltons, though I am sure there must be one. I loved the funeral parlour called Go As You Please! 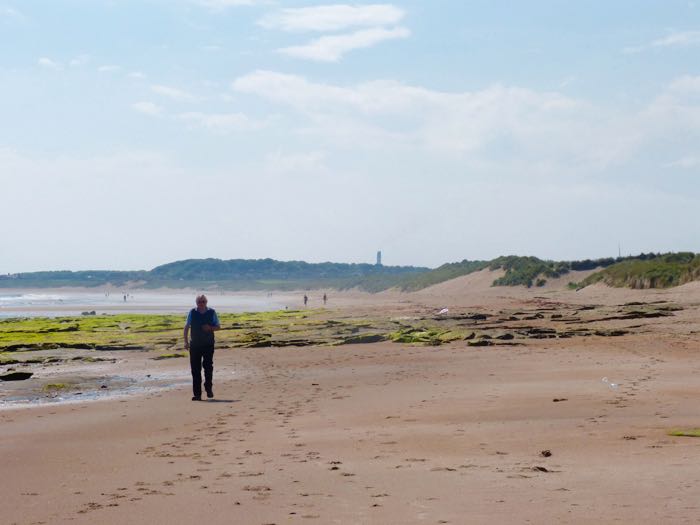 We drove a little way beyond Cresswell, past farmhouses and grazing cattle, and left Baa in the sand dunes while we walked along Druridge Bay – a fantastic 7-mile beach stretching north to Amble. A few people walked their dogs but otherwise there was just sea and sky and the distant white sail of a yacht where the two met. It was the most perfect, sunny day. The beaches up this coast are unspoilt and magnificent.

Alnick Castle, dating back to  Norman times, has been home to the Percy family for more than 700 years. It fell into disrepair in the 16thC but then in 18thC Elizabeth, daughter of the Duke of Somerset, inherited the barony of Percy and her husband Sir Hugh Smithson acquired the earldom of Northumberland and changed his name to Percy. In 1766 he was created 1st Duke of Northumberland. He was fabulously rich and they set about restoring Alnick, did the Grand Tour and came back with a Canaletto and many other treasures. I think it was her vision and his money that turned the castle into what it is today.

Close to Alnwick, Craster, just south of the beautiful ruins of Dunstanburgh Castle, is famous for its kippers, and Nick does love a kipper for his breakfast. So he was happy, but not me – the smell of kippers hangs about horribly in the confines of a small campervan. It was a one-off treat! 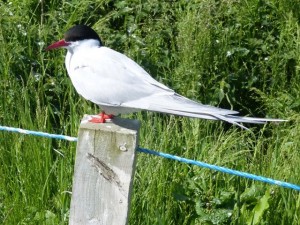 A little further up the coast at Seahouses we took Billy Shiel’s boat trip to see the guillimots, kittiwakes, puffins, shags and cormorants on the Farne Island. It was June so the middle of the nesting season and the noise and the sheer spectacle of the thousands and thousands of birds was incredible. The boat took us around several islands and stopped so we could walk around one which is run by the National Trust and is where terns return to nest year after year (as well as eider ducks, puffins, kittiwakes and razorbills, etc). We were warned to wear a hat as we would be bombed (in every way) by the terns and they have extremely sharp beaks – the artic terns are particularly feisty. They nest right by the paths because they know any predators won’t attack if visitors are walking up and down, but it’s a scary business for the visitors! 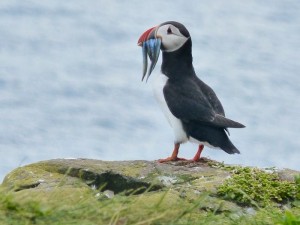 I loved the busy puffins. They lay just one egg in a burrow and one parent struts around guarding the burrow while the other flies far out to sea to find sand eels. The sentry puffin has to stand up to the nasty black-headed gulls, who try to snatch the sand eels, and warn its incoming mate not to land until the gull has gone. It’s a comical sight! The puffins feed their young for a couple of weeks and then they disappear, so the babies wait for their food and nothing happens. Eventually hunger makes them venture out; by dead of night they leave the burrows when the gulls aren’t likely to pick them off, and they head for the cliff, and plop over the edge into the sea. 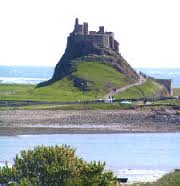 Holy Island is tidal and reached by a causeway so it’s really important to look up the tide times before you set off. We parked in the village car park and walked to the ruins of the Priory. It was closed in 1537 by Henry VIII as part of the Reformation, and much of it was taken a mile away, to a rocky outcrop called Beblowe and was used to form part of the Elizabethan castle. Fine as it was, it was never really used defensively and eventually fell into disrepair. In 1901 it was leased from the Crown by Edward Hudson, founder of Country Life magazine, who commissioned his friends – Edwin Lutyens, to make it into a ‘holiday home to be proud of’ and Gertrude Jekyll to design the garden. Lytton Strachey complained when he stayed there that it was very uncomfortable and said he “dreaded being late for dinner and having to hurry, as if you fell on those stone floors in your haste you’d surely die.” I thought it was wonderful: very Arts & Crafts and functional, but no, certainly not plush!