Round of applause for the fabulous clapper - Annabel & Grace

My friend Ally’s youngest unmarried is a fabulous ‘clapper’. Ally and her daughter were at a carol service, or maybe it was The Trooping of the Colour. Anyway it was a venue that required much clapping. The unmarried turned to her mother and said, “I think I am one of the best clappers!” Ally hissed back. “Oh my God! Me too! How extraordinary. I’ve always thought I was the best!”

Once they had established that, amongst other things, they had clapping in common, they proceeded to demonstrate their clapping prowess to each other. It must have seemed a little odd that the most outstanding contribution of vibrations emanated from just a few square feet. I am a little surprised that whoever had been in charge didn’t think to go and collect them and bring them forward to lead the congregation in the applause.

Maybe my friend should set up tutorials in clapping. Must be loads of money in that venture! Who doesn’t need to know how to clap? Clapping duets? They could be popular. 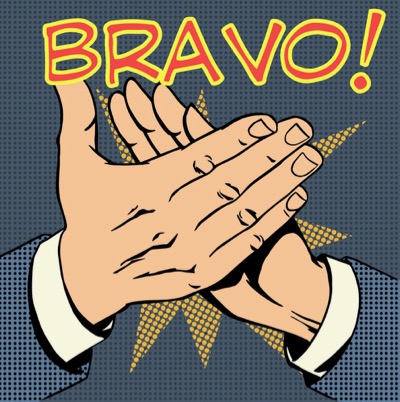 I had the greatest good fortune to witness this unharnessed talent of wild exuberant clapping. The hubby and I were having lunch with Ally and two of her unmarrieds. Their oldest married was sadly away but he too has all the appearances of a good clapper if ever I saw one! It was suggested by someone (most likely one of them) that we should listen to a short rendition of the clapping, then we could give our own verdict. The hubby and I sat back, ready to be blown away by the brilliance.

First up was our hostess, who I really must say, had a very distinctive clap. It held confidence and strength and a loudness that was authoritative and informative. Goodness, actually very much like Ally herself. Maybe one can read a personality by a clap? A clap horoscope!

Next was Ally’s oldest son. His clap was like a frantic burst of an automatic rifle. Short, sharp, did the business. Hit the target. Marvellous stuff. 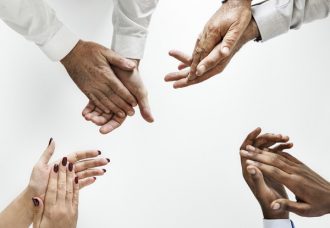 Her youngest unmarried then proceeded to blow the opposition out of the window. It was a ‘stand alone’ clap. It was a ‘just everyone else go home’ clap. This was in the premier league of clapping extraordinaire. This was the ‘Privé Collection’ of clapping par excellence. Brutalist, an austere tat /tat / tat sound, relentless, continuous, persistent, pitch perfect, tone on point. An honest clap. Really quite, quite fabulous. Bravo to that clap!

Even her mother could see she’d been truly trumped. Far from feeling resentful, she was thrilled to have passed on her superior clapping gene to her daughter, who had not only embraced it but had run with it, onwards and upwards. “Don’t you just love that, when a little bit of yourself carries on in your child?” she asked nobody in particular.