What's that on your mobile? / CountryWives

So for everyone who believes that I have ridden off into the sunset with Charles – as I haven’t blogged for some time – I am here to give your the latest instalment in my dramatic personal life!

I continue to see Charles only a couple more times as he is off travelling away on business a fair bit and my own busy social life keeps me occupied. As much as I enjoy his company, I know that whilst I am spending time with him it is stopping me from getting out there and meeting Mr Right. So – yes very reluctantly I join one of those dreaded sites one dull Tuesday evening, with a large glass of Sauvignon and very low expectations. However by the following evening I have six potential dates lined up – so not too bad! I chat to all of them on the phone and the first ‘meeting’ is set for coffee on a Saturday morning. 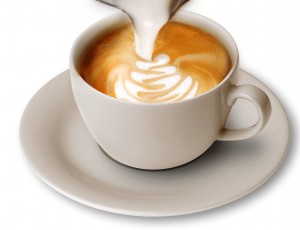 We meet at one of my favourite places in town – small and cosy and not one of the big chains. As soon as I walk in and see Jonathan in the corner I smile – he is more attractive than his photographs and has a cheeky charm. We chat easily over coffee and he says after a while that he has taken the liberty of booking lunch somewhere – I am impressed by his forward thinking and optimism. And yes of course we go on to lunch. We met at 11am and he finally walks me home at 5.30. We are never short of conversation, get on extremely well and had I not already had plans for the Saturday evening (no not another date) we may have chatted for longer.

We meet again the following day for a walk and a coffee and my first impressions that he is a nice guy are confirmed. From then on we meet three or more times a week and all other potential dates are cancelled. 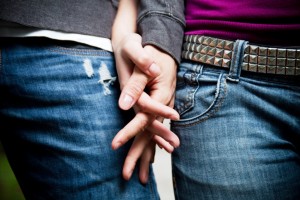 We do all the normal couple things – cinema, dinner, country walks, Sunday lunch and even go to Bath for the festive markets where we wistfully listen to carols holding hands and stroll around National trust parks decorated for Christmas with brass bands playing and chestnuts roasting on an open fire. At this time of year it is lovely to be with someone and we have my birthday and his birthday a week apart and go to swanky restaurants and exchange quirky gifts. We even double date with BFF and her new beau! We go to a brand new restaurant and the evening goes well and Jonathan and I go off dancing afterwards until 2am. He’s a good dancer! It’s fun!

So – where are we now? Well eight weeks later and as of 24 hours ago I am once again on my own!

Mr Perfect was far from perfect. It transpired he was an alcoholic – with bi-polar. And boy did that bring problems. He was taking mood stabilisers, but his mood swings were hard to cope with. And although he tries hard to stay off spirits, he would neck wine like it was fruit squash and I found my own intake going up and up. In fact we never seemed to meet up without alcohol being involved. When we went to Bath we had coffee on the train but he had two whiskies with his!

One Sunday I went to his for lunch and he was doing quite well but I had to help finish off the cooking and soon after we had eaten he passed out – he had been drinking all morning. I cleared up and washed up and would have come straight home except I had drunk two glasses of wine myself. I stayed over but alarm bells were ringing and I knew I was finding it hard to hang in there. But he was always so charming and apologetic and kept going to see counsellors and AA meetings and it felt that giving up on him would be hard.

However we had another difficult evening on his birthday. After much alcohol was consumed, I voiced concerns that he was more attracted to a certain lifestyle – my cosy cottage with roaring fires and yummy food, rather than to me? Whilst we would stroll hand in hand and snuggle on the sofa – that was as physical as our relationship went. A bit strange although at first I was flattered that he didn’t try and jump my bones and thought how chivalrous and gentlemanly. But after a while it worries me and he said his medication affected him and I accepted this.

Last weekend was perfect – well, we had a great time until later in the evening which was, yet again, fuelled by much alcohol. He came to sit next to me on the sofa with his phone in his hand. Nothing strange there but when I caught sight of what was on there I challenged him: “Is that a picture of a penis on your phone?” “Err oops yes it is!” “And is it your penis?” “Err oops yes it is!” I was confused and disappointed but not long afterwards he passed out (again). This was becoming quite common despite his claims that everything was under control. I then did something quite out of character and something I am not happy about. While he was prone on the sofa, I picked up his mobile and checked through his emails. God I felt bad but not nearly as bad as when I opened them – mostly from men and all of a sexual nature. Some had attached photos and it was all fairly explicit. I was just stunned! Once again I was unable to drive myself home as I had several large G&T’s – in fact I think I had two large G&T’s after reading everything! I took myself off to bed leaving him lying on the sofa and as soon as I woke, I packed and left.

Needless to say he has phoned me constantly and sent me about 50 texts, but I have just ignored everything. And so here we are – festivities upon us and I’m alone again – naturally!