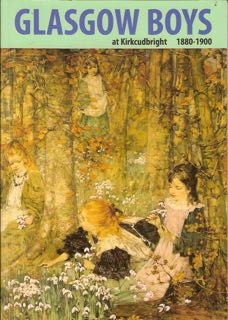 My day trips from Richard and Cathy’s house took me to some interesting places. To the Isle of Whithorn, where St Ninian landed from England in 397AD bringing Christianity to Scotland. To Wigtown which is Scotland’s ‘book town’.  Then there was Kirkcudbright, the ‘art town’. Kirkcudbright was home to E A Hornel (1864-1933), one of a group of artists known as the Glasgow Boys. Many of them gravitated down here from Glasgow to paint… it was all to do with the light. The Glasgow Girls came too and Kirkcudbright’s reputation was made.

I went to New Galloway to see The CatStrand, a former primary school that is now a thriving centre of arts and culture for which Cathy had headed the fund-raising. And then to Dumfries where she was doing the same for the restoration of Moat Brae, J M Barrie’s house and the famous Peter Pan garden, which were derelict and vulnerable for development, and which is being turned into a centre for children’s literature. 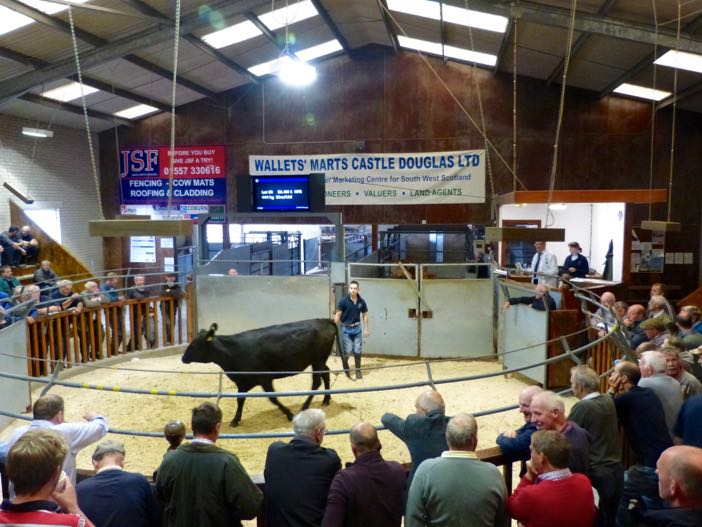 I had washed all my clothes and bed linen, filled up my water tank and, with everything shipshape, said goodbye to Cathy. I had one last stop before heading back to England, and that was to Castle Douglas (the ‘food town’) to see Richard sell cattle at the Wallets Marts Sale Room. I had never seen a cattle sale before: it is fast and furious. The auctioneer is completely incomprehensible to a layman, the punters are sitting on steeply banked benches and make little signals to him (so subtle I couldn’t spot them) while the seller is in the ring with his beasts. Richard said when I saw him in the ring, I was to be sure not to wave… and the thought of Baa heading south with six skittish bullocks in the back kept me sitting on my hands!

There are wonderful views of England across the Solway Firth from the A75, the Lake District peaks just showing in the far distance. I drove past Gretna Green and on to Carlisle and crossed the border somewhere there. 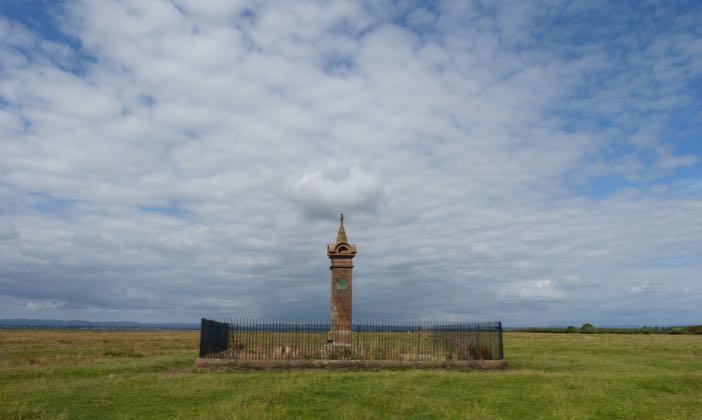 Edward I died on the south side of the Solway in 1307. He was an imposing figure, tall for that time (known as Edward Longshanks) who fought in the Crusades before beginning his often controversial 30-year reign. He was on his way north on his final attempt to conquer the Scots and the dysentery he had contracted became worse. He died in his camp at Burgh by Sands. Richard had told me to look out for the Edward I memorial– and that’s where I headed. I had been in Scotland for ages and felt pleased to be back in England again, with views to those lovely Southern Uplands now to my right.