Sexual chemistry has a lot to answer for! / CountryWives

In February 2013, BackPacking Granny’s friend sent us a wonderful post about her amazing ski trip in, of all places, Kashmir. Now, three years later, we received this very funny story which made us laugh, gasp and cry – hope you enjoy it as much!

Sixteen years after the death of my husband and fourteen years after my last, somewhat disastrous, venture into sexual activity, I had become resigned to being a born again virgin without any hope of bedroom sport in my future. I wondered just how many years I had still to live with enforced celibacy. Then totally out of the blue, sexual chemistry raised its naughty head.  I found myself contemplating sliding into bed with a member of the opposite sex. 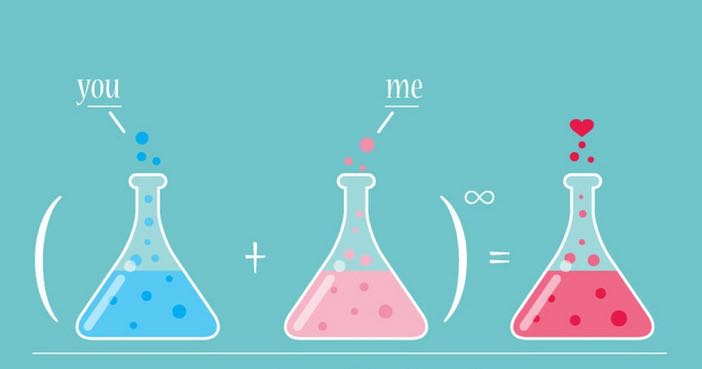 Wind back a couple of weeks. I was in France when a girlfriend who owns a bar asked me if my little studio flat would be free for a couple of weeks over Easter. It transpired that she had booked a singer from England to perform at her place and he needed cheap accommodation within walking distance. I was happy to oblige and she gave me an email address.

I contacted the potential tenant and received a quick reply affirming that he would like to rent the studio. His name suggested Eastern Europe. Having spoken to him briefly via Skype, and heard an Essex accent, I had a mental image of a fair haired slightly built man in his mid 30s. He duly paid a deposit into my UK bank account and I arranged to call on the day after his arrival to collect the balance.

The date came and I turned up to finalise the deal. I knocked on the door and, as it opened, I couldn’t stop my involuntary exclamation:
“Well you’re not what I was expecting”.
His quick reply was:
“You mean you weren’t expecting a big black man!”
“Not that either” I laughed and a friendship was born instantly.

For the next two weeks we were inseparable. I showed him around the area, explored possible venues, and helped him arrange some gigs for later in the year. On the day that I dropped him back at the airport I drove away with a puzzled feeling. I really missed that guy! I later found that it was a mutual feeling and the friendship changed gear.

Within a few days of his return to the UK he was planning another visit. Then the stark realisation hit me that just maybe the solid friendship was about to escalate further.

I have to explain that I am the wrong side of 60 and this guy was twelve years younger. Not only a soul singer originally from a lovely Caribbean island, but also from a totally different lifestyle than me. In other words, in the box ticking department, he really wasn’t scoring a lot of points. But that wicked chemistry has a lot to answer for.

If nothing else I am a logical and practical soul.  Pondering on the lack of exercise in that department for close on two decades, combined with the natural evaporation of certain essential lubrication, I decided that I had better take control of the situation.

Two years earlier a routine smear test had proven impossible. The nurse had declared that even a pencil would have a hard time penetrating my private parts. I experimented with my own little finger and discovered that time had not improved the situation. I needed a little practice and I needed it fast. 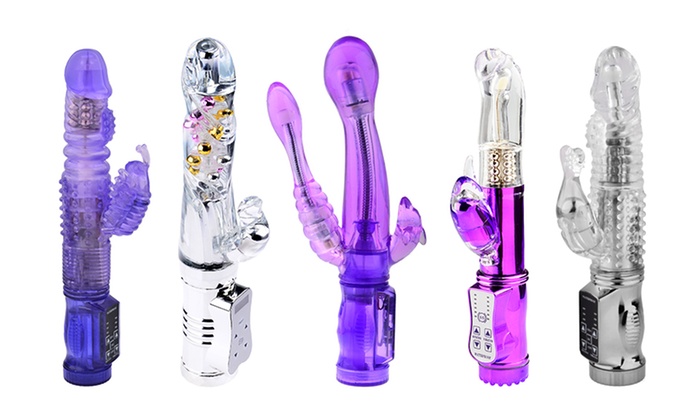 Of course the people who work in this type of retail unit are no different from any other shop assistants. They don’t care what you buy. They are there to offer advice and take your money.  The woman in Sensations was as flat and impersonal as if she were selling bottles of shampoo or loaves of bread.

The eight inch, rigid plastic aenemic cream Stallion of the 70s has most definitely improved in design and sensory feel. Five minutes later I was the proud possessor of a shocking pink satin finish soft rubber dibber complete with second smaller prong which I was assured would titillate the part that needs to be stimulated for total fulfillment. Batteries and raspberry scented lubricant – aptly called ‘Play’ – were added as complimentary gifts. I dived back into the car and raced off as though my boarding school matron were about to grip my shoulder and interrogate me.

I am not going to go into the practice runs with this new equipment. Suffice it to say that the first two or three attempts were neither easy nor comfortable. But, like all muscles, once they get the message they start to respond. By the end of the first week I felt as though things were improving.

My nerves got the better of me and I had a stuttering conversation over the internet with a girlfriend whom I knew had had a scorching affair with a younger virile man from the Middle East a couple of years earlier. She giggled as though she were still in the sixth form and told me to get a tube of Oestraclin from the pharmacy (there are still some parts of Europe where you can buy most things without a prescription). Her comment still rings in my ears – “It won’t turn the Sahara into the Amazon, but it will do the trick.” And it did. Not only did my nerves improve but there was a definite tingling in my nether regions. By the end of the month I was receiving complimentary comments from various friends who thought that I generally looked better. My skin was good, my eyes were brighter and my hair was shining!

I thought through the whole potential event and wondered if I had everything that I needed. Eyebrows and stray whiskers were plucked, legs and underarms shaved and moisturized, bikini line tidied up and when I looked in the mirror I reckoned that I passed muster. Then I had a horrible thought – Cystitis is not nicknamed the honeymoon disease without reason – first time sex, and sex after long absences will frequently result in that fiery burning sensation and from past experience it will normally happen at a weekend, national holiday or the middle of the night when all chemists are closed – and A&E departments take a dim view of what they consider to be non urgent cases – mostly those nurses who have never suffered from cystitis themselves. The over the counter powders are more or less useless and a short course of antibiotics taken immediately the first twinge is felt is the only sensible path to take.

Back I went to my friendly chemist and purchased a precautionary course of Amoxicillin. Now I felt confident and even if nothing happened at least I was prepared.

For modesty’s sake I draw a veil over the events of my long weekend, but I will admit that everything went well and I found that it is true, that just like riding a bicycle some things are programmed into the memory and come back the instant they are called upon.

This was never going to be a permanent relationship, but like spicy food it is good to taste something different from time to time, and enjoy and savour the experience. And there is something really wonderful about being a proper grown up, you can view the whole thing from a distance and turn the heat of passion into a great friendship. As they say in the film, Casablanca – “we will always have Paris” – nobody can steal your memories away!

Top tips for a mature affair: