Sicily, Corsica or Sardinia? / Annabel and Grace at CountryWives

A friend of mine is asking herself whether she should visit Sicily, Corsica or Sardinia? So, I thought I would share her dilemma, and get some recommendations for her from the Hotel Guru. Because I’m sure she’s not the only one pondering this exact question right now…

I have to start with a confession: I haven’t actually been to Sicily, but of course many of our team have, so they have been able to fill the gap. And of course I would very much like to go. I can clearly remember looking at the same three islands my friend is now looking at in the mid-90s and Corsica coming out on top – but that was because my husband has an interest in Napoleon Bonaparte and as soon as he saw Corsica on the list the decision was made.  And my parents took us to Sardinia – slightly out of season, of course – I remember the beaches from my childhood, and still think they’re some of the world’s most glorious.

All three islands offer spectacular, and diverse, landscapes, with beautiful, clear-water coastlines and atmospheric port towns and hill towns. They also all have a reputation for memorable cuisine and strong local culture. When it comes to their headline differences, as I mentioned, Corsica has Napoleon, Sicily has Mt. Etna and the mafia, and Sardinia has Bronze age treasures. But they all have a lot going for them as you’ll see. I’m oversimplifying it, and I’m sorry for that, but space is limited and I could write many lust-dripping words on each island. And I’m sure you all have your own thoughts – especially if you’ve been to all three!  My friend has a tough choice in front of her but there’s no bad answer to this question.

Unlike anywhere else in Italy, or the Mediterranean for that matter, Sicily is a place like no other. Sun drenched and beautiful, the landscape is dramatically diverse, the food is perennially good, and the culture and architecture truly unique. If you’re here for a beach break you have a choice of sand – from the black volcanic sands of the Aeolian islands to the long, white beaches of the south. Alternatively, you can escape the crowds by jumping on a ferry at Trapani, on Sicily’s west coast, and heading over to Favignana or Marettimo, tiny unspoilt islands where the Italians like to holiday. The bright aquamarine coastline is just the start of Sicily’s natural assets: it also has relatively undiscovered stretches of beach along the south coast, the Parco Naturale Regionale Delle Madonie and smouldering Mt. Etna. If you’re here for Mt. Etna, head for Catania. Sicily’s history is long, complicated and dramatic – you’re probably aware that this is where the mafia originated – and a good place to start your explorations is the capital city, Palermo. Palermo is also a good place to base yourself If the aim of your visit is to drink up the art and culture. 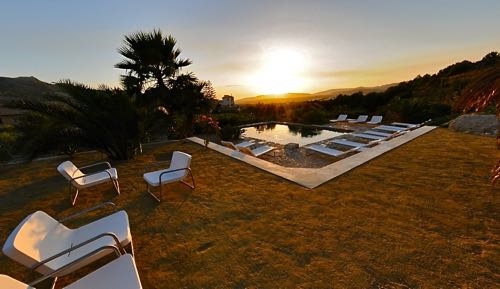 Where to Stay?  The Azienda Agricola Mandranova is a gorgeous olive farm on a hillside not far from Agrigento, with a converted farmhouse with 16 fabulous, designer rooms and suites and two private cottages. The surrounding gardens feel African, the food is excellent, and it feels both romantic yet is family friendly. The owners are very hands on, and there’s a house party feel, but with impeccable attention to detail.  You can take a cooking class, relax by the infinity pool or head off to visit the Greek and Roman ruins. Rooms start from around £125 per night. 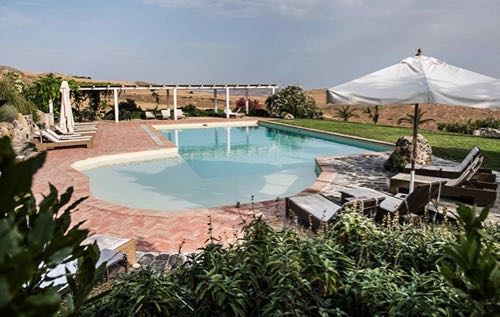 Or try the Masseria Susafa, a converted farmhouse with plenty of charm. You’re in amongst the olive groves and vineyards – this is the perfect Sicilian county escape. The masseria has 18 rooms with rustic chic décor. The food is home cooked and very Sicilian (there is a cooking school for anyone interested), and the atmosphere is relaxed and relaxing. Rooms start from around £100 per night.

Practical Details: Sicily has four airports: Palermo Airport – which BA, Ryanair and easyJet all fly to direct from the UK; Catania Airport  – which is linked to London directly by BA, easyJet and Norwegian Air; Comiso Airport – which is served directly by Ryanair; and Trapani Airport, which isn’t currently linked directly to the UK. Sicily’s climate is Mediterranean, which, broadly speaking means hot, dry summers and mild, wet winters. As far as the sunshine is concerned, in a good year it’s possible to sunbathe and swim in the sea well into November.

Once Tuscan, now French, this little Mediterranean island’s geological diversity makes it a bit like a mini continent. If you circuit Corsica – some 900kms on tiny, twisting, very scenic roads – you’ll see spiked peaks inland, rugged cliffs, beautiful aquamarine bays and smooth stretches of beach. Alongside these bays with their fine, white sand you’ll find the glitzy towns with their French Riviera flavour, while up in the hills are the tiny, picturesque villages. You can’t visit Corsica without being reminded that this was Napoleon Bonaparte’s birthplace. It’s not considered a crime not to visit the Maison Bonaparte, set up in his ancestral home, but you’re certainly encouraged to, and it’s really very interesting. The Scandola Nature Reserve is oft recommended by locals if you want to hike, and the monolithic archaeological site at Filitosa is also worth a visit if you can tear yourself way from the idyllic beaches and glamorous cafes.

Where to Stay? Built right onto a stunning, private, turquoise bay, the Hotel des Pêcheurs  is a 50 room hotel with an extensive spa and an air of calm. You’re off the coast on Cavallo Island, which has tennis courts and a beautiful golf course, but also plenty of peace and quiet. The decor is simple and romantic. The restaurant offers fusion French/ Italian cuisine. Rooms start from around £270 per night. 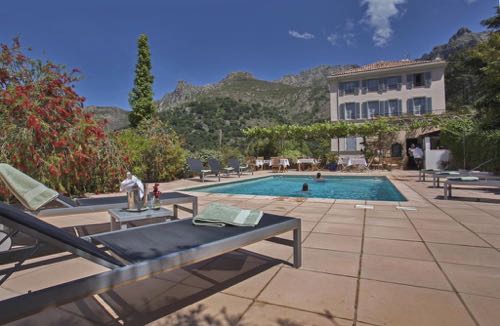 If you want to stay on the main island, Mare e Monti, a converted, and very stately, 19th century mansion might be perfect for you, with its regional cuisine, rustic chic interiors and peaceful position. Expect tiled floors, period features and a very pleasant outdoor dining option, right by the sunny pool terrace. You should also expect reasonable rates, with rooms starting from around £100 per night.

Practical Details: Corsica also has four international airports: Bastia Airport – which is directly linked to Bristol, Manchester, Southampton and Heathrow; and Calvi Airport, Figari Sud Corse Airport and Ajaccio Airport, which don’t currently offer direct flights to the UK. Corsica’s mild Mediterranean climate makes it the perfect island destination for people who like things sunny but not too hot. The sun lasts between May and October, and really, there’s no bad time for visiting Corsica.

Sardinia’s beaches are spectacular: the sand is snow white and the water is a shade of aqua usually reserved for the tropics, but there’s a lot to be said for the wild interior as well. Lush forests open out onto incredible limestone bays, or fields of sheep, or prehistoric ruins. And it’s not only the landscape which is special and surprising, the rich, colourful culture, and traditional flavours and design, have been shaped by visitors yet have retained their individuality. It’s a bit like a tiny country.

It’s not set in stone, but as a rule, you will generally find the island’s best cuisine in Sardinia’s most beautiful, picturesque towns. Especially those with architecture reflecting the island’s Catalan heritage. There are some lively port towns, impressive medieval forts, hilltop citadels and elegant piazzas, and thousands of Bronze age towers, tombs and settlements. 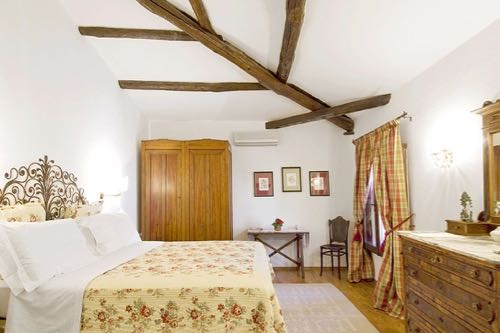 Where to Stay? The Hotel Lucrezia is a fabulous guesthouse with lovely grounds and seven immaculate rooms. You’re just a short drive from the beach, and some beautiful coves. The decor is lovely – expect cast-iron beds, white-washed walls and well-chosen paintings and tapestries.  And there’s a lovely breakfast courtyard and private terraces.  Rooms start from around £115 per night.

Practical Details: You can fly direct to Olbia Airport from Gatwick, Luton, Manchester and Bristol, or you can fly direct to Cagliari Airport from Stansted.  Alghero Airport is also an option (though there aren’t presently direct flights), or you can arrive by sea.  Sardinia’s weather is pleasant all year round. From the start of spring it starts to get sunny, with between six and nine hours of sunshine a day, thought of course summer is the most popular time to visit, when the water is warm, and temperatures are in the mid-twenties. The temperature averages 18°C in October, so if you prefer a quieter holiday then September/ October is a good time to visit.

Hotel Guru has done your hotel research for you.  We’ve commissioned a collection of leading travel writers and journalists to offer their recommendations on where to stay, found out all the important, and minute, details about each property, and then cross referenced that with guides we respect. So if having a hot tub is important to you you can search by that, likewise pet-friendly properties and hotels with a great wine list.

Like more hotel recommendations? Have a look at previous articles here