You can't beat a Good Sing. Whatever your Voice Sounds like!

You can’t beat a good sing. In the car or in the shower – it feels great. Even if you have a voice like a foghorn the benefits are well documented.

It improves your mood whilst releasing the same feel-good endorphins into your brain as sex and chocolate whilst also having pain-relieving qualities. What’s not to like? Well, doing it in public.

Since the 16th March when lockdown began one of the many things banned was any public musical performance where singing was involved. The Arts establishment reeled and overnight choirs became an endangered species.

Cameron Mackintosh and Andrew Lloyd Webber have announced the permanent closure of The Phantom Of The Opera whilst in the same press release Mackintosh added “We are determined to bring it back to London in the future.”

I believe that’s what they call artistic licence.

But today I heard good news.

Whilst blasting BBC Radio 3 in the shower this morning I heard Suzy Klein say Choral Evensong would be coming LIVE again from St Martin’s-In-The-Field in central London – and they were going to do this weekdays until the end of August.

The excitement in her voice was palpable.

I started singing as a member of a choir at the age of seven. A nervous treble in a cassock and surplice and a cardboard collar with a red bow tie. Each Wednesday evening Calverley Parish Church Choir rehearsed for the following Sunday services.

As Christmas and Easter approached we stood wrapped up against the cold in our ancient building practising four part harmonies until our choirmaster and organist Tony Coldwell was satisfied.

I sang solos until my voice broke, then became a bass. I stayed with my choir for over 25 years despite my dwindling belief in The Almighty. I got a free musical education, found liked minded friends and helped make musical magic. But just like my school there were no girls in our choir.

For centuries only men and boys were allowed in church choirs (with the exception of nuns who sang in their convents). But in C19 things began to change, mostly in rural areas. This made parish choirs more popular and they became “vested” so the rood screen between congregations and the altar was removed in many churches and made them visible.

Choirs have no class boundaries. It doesn’t matter what your background is. When you gather to sing you are bonded by a common goal and led by a shaman. Today the most well known is Gareth Malone.

Since lockdown, Gareth has been encouraging people to sing online and using amazing technology in the shed at the bottom of his garden he builds choir performances of extraordinary quality from people who don’t read music and have never been in choirs. Then he just puts them out there.

This begs the question why has choral singing been nose-diving in communities long before the pandemic?

The last vicar at my church disbanded the choir, sold the hymn books and psalters, gave away the clothing and installed a mixing desk to play pre-recorded and usually American songs which the congregation sang by watching a screen to show the lyrics. That’s when I left.

Since his departure, tentatively a choir reformed and I was asked to rejoin. Just as it was taking its first faltering steps back to live performance the virus struck.

Sheffield Cathedral recently took the opportunity to use the pandemic as an excuse to disband its choir. The Very Reverend Peter Bradley cited a lack of diversity. Parents of the sacked choristers started a petition to save it which already has many thousands of signatures.

I remember sitting in the choir of York Minster at Evensong with a first date holding hands. I have no words to describe how happy I was. But this is where it gets dark.

An active church choir was a rarity before we were told singing in public was outlawed. Now six centuries of British musical heritage is going down the tubes big time. Choirs everywhere are told they cannot perform for fear of spreading the virus.

Performers both professional and amateur are now stocking shelves in B&Q. Soon all we will have are recordings of how it once was.

I heard a swimming instructor on the radio yesterday saying there will be a generation of children who will not learn how to swim properly due to the closure of swimming pools.

The same situation faces children and music. They’re now going to learn singing from the internet. Will that teach them the team-building joy of four part harmony?

We have a choice. Let singing, playing, our musical heritage and all this means become ashes – or should we start making music in whatever way we can to keep the flame alive.

For those of us without musical talent, this means supporting those that do. I have a friend called Charlie Dore. She is a singer/songwriter probably best known for “Pilot Of The Airwaves” although she has written songs for many well known artists.

Charlie has just released “Like Animals” which critics are calling her finest work. But she can’t tour to promote it. I wrote to her to explain my sympathy and bought a copy. It came back signed with words saying thank-you for my support over the years. She is just one of many musicians for whom performing live is no longer an option.

Music has been the driving force of my life. It has, does and will always affect mood, direction and the way I feel. On the way into work I play songs in the car to lift my spirits before going to the coal-face and I chill out on the way home. Mozart, Thin Lizzy, Frank Sinatra and Charlie are my regular companions.

Music has always put out a hand when I’ve been on the floor.

I’m sure you are the same. So it’s your turn. Show your support for the musical arts.

Now they’re down, give them your hand to get back up again. 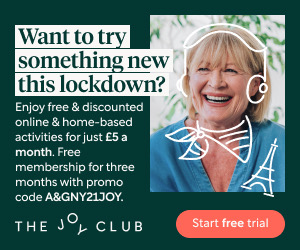