This new diet has received so much hype and has been featured in everything from The Times to Good Housekeeping. 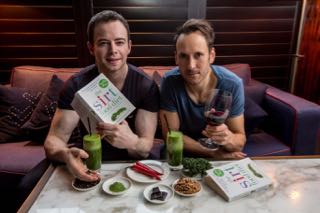 In a nutshell it is based on a programme developed by Aidan Goggins and Glen Matten at KX Gym in Sloane Square, where Daniel Craig and Madonna are believed to be members. This programme, which costs up to £1,475 for seven days for gym members, is based on “sirtfoods” — a group including strawberries, buckwheat, rocket, walnuts, kale, green tea, capers, red wine and cocoa.

It seems that eating sirtfoods stimulates sirtuin genes, which influence the body’s ability to burn fat and boost the metabolic system. They say that those on the diet will burn fat and lose on average 7lbs a week while maintaining muscle.

Like probably thousands of other post-Christmas gorgers, I am interested in giving this food plan a go and was hankering after a Nutribullet anyhow, so now seems a good time to get one. I find the list of foods very attractive – we eat many of them already – and so this could be a good long term regime for Husband and I … and hopefully some CountryWives’ readers! Anyhow, I will let you know how I get on…


To read more about the sirt diet, click here.

p.s. Probably best to stock up on buckwheat… looks like an ingredient that is going to be in high demand!