It's a slippery slope for Sassy / CountryWives

Well I know it’s only April but I’ve already had holiday number 2.  Skiing this time. And I hadn’t been skiing for quite a few years – 7 I think if we’re counting, so obviously last time was pre-divorce and en famille. This time round there was a bit of a crowd – 21 in total. And I knew probably 6 of them. And not that well. But the cry went out on Facebook back in September and it seemed like a good idea at the time!

There were hugely different levels of ability. Some real hard core off piste black run peeps, down to me who is just happy pootling up and down green and blues. And then the lovely girl who turned out to be my roomie who has never skied before. We had a total blast. I’d like to say we took over the whole chalet but it slept 30 so there was another group of 9 people who had to put up with us lot.

The weather was superb – bright blue skies and stunning sunshine. Apart from one day when we were snowed in and apparently had an avalanche. We played board games, the boys played poker and we read our books. We had a snowball fight with the locals (not sure who won!), drank shots in heaving bars, went to a club halfway up a mountain – it was the best fun I have had in a very long time.

I discovered that skiing for me, apart from overcoming the discomfort of wearing boots that have not got any more comfy since I wore them 7 years ago, is overcoming my own fear. I remember this all too clearly from the last time I went. If I break my arm I cannot walk the dog. If I break my leg I cannot drive, cannot do the school run, cannot get the shopping etc etc etc. Those fears were still all too real during my first lesson on my first day. Suffice to say I didn’t go on the second day. I read my book and drank hot chocolate. But on the third day I realised these fears would not go away on their own and nor would I ever improve by reading my book (however good it was) or drinking hot chocolate. So I strapped on those boots and got myself out there. We had a lovely Italian instructor who was patient and sweet and yes I did make progress and yes I loved it and yes I cannot wait to go back again. 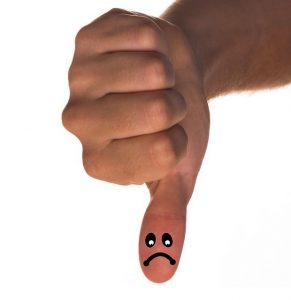 My lovely roomie was less cautious than me and threw herself down the mountain without a care in the world! And then took a tumble. The next morning she had swollen thumbs. The instructor took one look and said to go to the medical centre where we discovered she had fractured one thumb and dislocated the other. Apparently this is quite common if you don’t hold your poles correctly?

Anyway, poor love, it was our last night and some bright spark (me) suggested we go sledging. About half of us were up for it and jumped on the chair lift that went up pretty high to start the 3km luge track down again. We all fell off a lot to start with but that was kind of part of the fun. However as the track got steeper and steeper it became harder and harder to control the sleds. The boys were finding it easier as they put their legs outside the sledge to use their heels to control their speed. I wasn’t able to do this and whenever I tried to brake I just found myself ricocheting from side to side at great speed. So I wasn’t enjoying it much at this point, especially as everyone else had buggered off down the mountain and I realised I might be left up there on my own in the dwindling daylight! So I hopped on again determined to make it down. 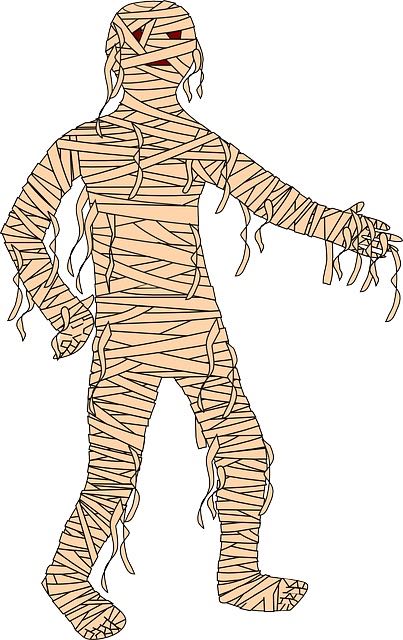 I fell off spectacularly, after grinding over the edge of the course and landing in deep snow. I realised straight away I had hurt my wrist from the sharp pain and the nausea. I held my wrist in the snow and called my roomie on my phone – luckily she was waiting at the bottom. She thought I was joshing and had just got to the top and wimped out, until she realised there was genuine terror in my voice when I said get me off this mountain.

Some time later a very young girl arrived with a stretcher strapped to her shoulders. She strapped me in like a mummy and then covered me in protective plastic. Basically I couldn’t see a damn thing. Then off we went with me head first down the mountain. I was TERRIFIED and sobbed. It reminded me of my MRI scan years ago so maybe I am claustrophobic? Whatever! I was not a happy bunny.

However I did have to smile when I got down the bottom and in to the ambulance. They asked me to complete paperwork. I couldn’t as it was my right wrist I had damaged. So they asked roomie if she could complete it on my behalf – and she held up her two strapped thumbs and said no! We did laugh. And then in the medical centre they realised they had seen both of us earlier in the day.

Back home I am still strapped up and will be for another 2 weeks. I have a chipped bone. It could have been so much worse. Roomie is having her fractured thumb operated on tomorrow and her insurance company are not being that co-operative. Mine could not have been nicer and that is when you realise you pay for insurance for a reason. Just the cost of bringing me off the mountain was €586! 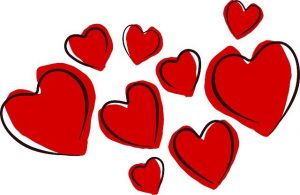 It finally feels as though Spring has sprung. It even smells like Spring. And don’t all thoughts turn to love in the Spring? So I have done what I have been thinking of doing for quite some time now and joined an introduction agency in the hopes it won’t be quite as fraught as internet dating. Watch this space…

annabelandgracecw
•
Follow
Marks & Spencer are not only great for their clothes, footwear, underwear and food. They also have a great homewares section. This Autumn we are all watching our money but maybe a new throw to keep us warm or some faux flowers as fresh ones are so expensive may just give our homes a bit of an uplift. Annabel & Grace are both wearing clothes, Shoes and scarf all from the new Autumn collection at M&S. . #homewares #yesmarks #marksandspencer @marksandspencer #autumn #interior #cushions #homedecor #interiordesign #home #decor #interiors #interiorstyling #homedecoration #marksandspencerhome #marksandspencerme
View on Instagram |
3/9

annabelandgracecw
•
Follow
Today, 23rd September, is officially the end of Summer 😢 But as you can see we are not getting out all our drab clothes. We are keeping summer going with our clothes. And of course layering with these Claire Cable jumpers £59 and Georgina Gilets £96 (use code A&G10 for 10% off the gilet until tomorrow only) from Artichoke Collection. We may be wearing our gilets inside this winter with the increase in energy prices! . @artichokegirls jumpers & gilets @callashoesuk - Grace’s red shoes @vivaia_official - Annabel’s hot pink shoes . #endofsummer #layeringclothing #winterjumper #winterwoolies #seasonchange #annabelandgrace #annabelandgracemagazine #onlinemagazineforwomen #lifestylemagazine #lifestyle #autumn #autumndressing #lovewhatwewear
View on Instagram |
4/9

annabelandgracecw
•
Follow
Just a few beauty products that have crept into my bathroom cabinet. All of them do what it says on the ‘tin’. Obviously they are not miracle creams or lotions but they all help and they make me feel I am doing my best for my skin and hair!! Just taking that time out to pamper oneself is so important and if you feel good then you will look good. . @praibeautyuk Ageless Upper Arm Creme @muradskincareuk Environmental Shield @erborian_uk CC Dull Correct & BB Eye @baebrow eyebrow serum @maybelline_makeupuk Curl Bounce Mascara @mvanclarke 3 more inches silver blonde shampoo . #skincare #beautyproducts #mascara #haircare #wellbeing #makeupover50 #womenover50 #womenover60 #womenover70 #womenintheir60s #lifestylemagazine #onlinemagazineforwomen #onlinemagazineforwomeneverywhere #timeofourlives #timetotakecareofyourself
View on Instagram |
5/9

annabelandgracecw
•
Follow
Why should we all keep making an effort with how we dress on a daily basis? Surely as women over 50 we have become invisible women. NOT SO according to our guest fashion writer Maggie Cox (aged 81 yrs) and we agree. Read Maggie’s article: Style for Women over 50 - Reasons we shouldn’t give up. (Link in bio) Grace is wearing blouse from @winserlondon (many seasons ago) Jeans from @marksandspencer Jewellery from charity shop. Annabel is wearing t-shirt from @patraselections jeans from @me_andem jewellery from @analuisany . #womenover50 #womenintheir60s #womenover60 #styleforwomen #olderwomen #fashionforolderwomen #lifebeginsat50 #onlinemagazineforwomen #lifestylemagazine @nevertoolatetolookgreat
View on Instagram |
6/9

annabelandgracecw
•
Follow
A friend of A&G, Libbla Kelly, queued to see Her Majesty The Queen lying in state. She shares her experience and the incredible feelings she has been left with in the latest article on our website. Have a read. Link on our website. . #queenelizabeth #lyinginstate #queenelizabethii #queensfuneral #hermajesty #payinghomage #womensupportingwomen #sisterhood #annabelandgracemagazine #pilgrimage
View on Instagram |
7/9

annabelandgracecw
•
Follow
Our header post this week from Grace is ‘Internet Dating for the Over 50’: Grace goes on a manhunt. See how she got on with this minefield of modern dating. Annabel & Grace are both wearing knitwear from the new collection at @silverpinkcompany - delicious colours and styles! . #onlinedating #datingforover60s #datingforwomen #loveinlateryears #grace #annabelandgrace #annabelandgracemagazine #womenintheir60s #womenover60 #womenover50 #timeofourlives #lifebeginsat50 ##womenover70
View on Instagram |
8/9

annabelandgracecw
•
Follow
Autumn is coming so we have been having a try on of some of the knitwear from @silverpinkcompany and @artichokegirls Have a look at Grace’s latest fashion post - What we wore last week. (Link in bio) And we have a 10% discount code for The Artichoke Georgina Gilet - A&G10 (valid until 24th Sept) We hate saying goodbye to summer but are determined to keep sunshine going with lots of colour in our wardrobes. We may need warm knitwear, gilets and lots of layers if we are to keep warm since we won’t be turning up the dial on our heating thermostat! . #winterknitwear #autumnfashion #discount #colourfulknitwear #timeofourlives #fashionstyle #stylishclothes #womenintheir60s #womenover50 #womenover60 #olderwomen #annabelandgracemagazine #annabelandgracefriends #annabelandgrace #onlinemagazineforwomen #lifestylemagazine
View on Instagram |
9/9
View on Instagram
Tweets by @Countrywives