Last Tuesday, 20 March, was the Spring, or vernal equinox, which is extremely exciting because it means that the hours of daylight are about to be longer than the hours of darkness! I’m confident you know this, but I’m going to keep on saying it because it makes me feel a blender pulse of happiness every time I do!  So now the more clement weather is imminent, it really is time to think about a sophisticated European city break. Here are five top recommendations for you:

Charming and colourful – and ever permeated with the melancholic strains of fado music and the characteristic rattling of yellow trams as they trundle past decorative tiled façades – Lisbon  is a year round destination, set against the Atlantic Ocean. But things really start to open up and get going during the spring months. The bullfighting starts from May, Art Lisboa, the European contemporary art fair, is held at the end of May, and the book fair starts up in the Edward VII Park. Plus, Lisbon is an easy city to explore on foot, and it’s lovely to do that in the sunnier, warmer weather. Start from the river and stroll uphill – you’ll pass grand Gothic cathedrals, elegant palaces, the odd monastery and charming little museum, and a slew of cafes and restaurants (don’t forget to enjoy a coffee with pastel de nata).

Where to Stay?
Occupying an 18th century private palace, As Janelas Verdes is a truly charming hotel with river views and a leafy patio. The Old World decor incorporates wood-panelled walls, ornate armchairs, Bordalo Pinheiro cartoons and interesting objets d’art. There’s also a rooftop library and terrace. The 29 rooms start from around €186 per night.

Practical Details: Part of Lisbon’s appeal is that it’s easy to get to. Lisbon Portela airport offers direct flights to Heathrow, Gatwick, Luton, Manchester and Bristol. And it’s only about 25 minutes from the airport into the centre of town on the metro. You can easily get around via public transport. In March the average daily maximum temperature is 19°C, and by May it’s hit 21°C.

Istanbul has always been a place of vibrant east/west fusion and its history has been shaped by dramatic sieges and conquests, and by immense trading wealth. It straddles two continents and has been the beating heart of the Byzantine and Ottoman empires, and the last stronghold of the Roman empire. One of the real pleasures of Istanbul is wandering the streets and discovering the city’s historic sights for yourself: the Blue Mosque, Hagia Sophia, the Topkapi and Dolmabahçe Palaces, not forgetting the bazaars and markets. And spring is certainly a pleasant time of year for doing this or for taking a little cruise on the Bosphorus. Plus, there’s a tulip festival in April. 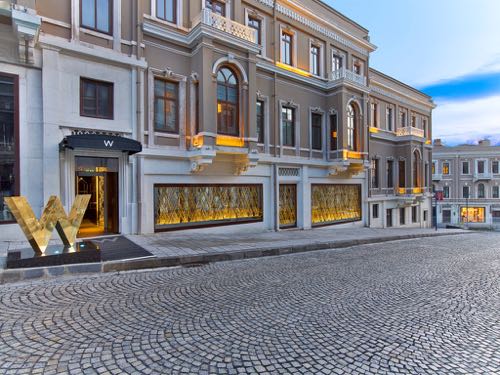 Where to Stay?
Lively and stylish the W Istanbul is a 134 room hotel with an excellent restaurant and a bar that attracts the bright and bubbly crowd. The design is chic and contemporary, with all the mod. cons. and the occasional four-poster bed and hot tub. Rooms start from around €152 per night.

Practical Details: You can fly direct to Istanbul Airport from Heathrow, Gatwick, Birmingham, Edinburgh, Manchester and Stansted – the flight time is about three and a half hours. From the airport it’ll take you between 40 minutes and an hour to get into the centre of town by public transport. April in Istanbul can be quite cool and rainy, but by May maximum average daily temperatures are at 20°C, and there’s plenty of sunshine.

Dubrovnik’s emerald sea, sheltered harbour, flame orange roofs and World Heritage listed Old Town are easily recognised. Its position, on the gloriously sun-drenched Dalmatian Coast, and main street, which is arguably the world’s most charming, are just as familiar. So, it doesn’t take much more than a photograph to tempt people here. But, if you haven’t been before then definitely don’t wait until summer. Dubrovnik is warm and sunny in spring, and, while it’s still a popular time to visit, it’s not as popular as summer – which is known for its crowds. The Old Town’s high stone walls are imposing, but they can also be oppressive in summer, baking the whole of this World Heritage site. In spring there’s still a breeze, which means that your sightseeing day lasts longer and you’ll see more. Depending on your idea of a warm sea, you might even find it pleasant enough to take a dip in April or May, and Banje, the city’s main beach, is very fresh and clean at this time of year. Spring is also a period of reasonable prices. And Spring flowers decorate the mountainsides around the city. 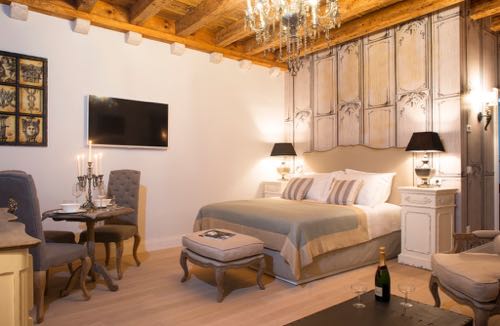 Where to Stay?
St Joseph’s is a stunning, 16th century guesthouse set into the walls of Dubrovnik’s Old Town. There are just six luxurious rooms, fittingly elegant for these enchanted streets, and historic and cultured surrounds. Romantic and very well located for the main sights, double rooms here start from around €262 per night.

Practical Details: Dubrovnik Airport, which is well connected to UK airports during spring and summer, is 20 kilometres outside the centre of town. The airport bus will drop you at the Pile Gate, just outside the Old Town. During March the maximum daily average is 14°C, but by May it’s risen to 21°C, with 12 hours of sunshine expected each day.

Second only to London when it comes to the most popular tourist destinations in Britain, Edinburgh  is historic and genteelly beautiful. The New Town is rife with Georgian architecture – and excellent bars and restaurants – and the Royal Mile is spectacular. During Spring Edinburgh’s outdoor spaces really entice you outside. It’s not just the bulbs, it’s also the colour of the Royal Botanical Gardens and the Princes Street Gardens. And it’s one of the driest times of the year here, with the number of hours of sunshine per day similar to those of mid-summer – April has an average of nine hours of sunshine a day! 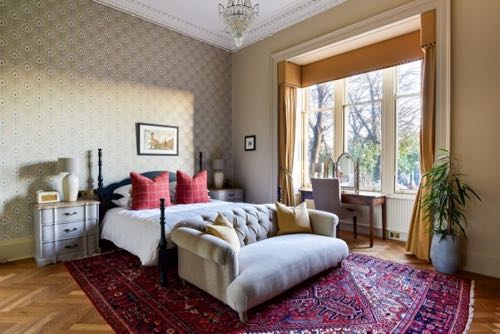 Where to Stay?
The Dunstane Houses is a 35 room independent, boutique hotel spread across two Victorian townhouses on opposite sides of the same street, in a peaceful corner of Edinburgh’s West End, just a short walk from Haymarket. The decor is stylish and neoclassical, while also including all the mod cons, and the five suites have four-poster beds, copper roll-top baths and sweeping views over Edinburgh. There’s a bar and lounge which also specialises in local delicacies. Rooms start from around £120 per night including breakfast.

Practical Details: Edinburgh Airport is connected to over 130 different destinations worldwide – and it’s only about an hour’s flight from London. Or you could travel up on the Caledonian Sleeper train? It’s still cool during March, with average maximum high temperatures at 9°C, but by May the average has gone up to 14°C.

Vienna has been a magnet for visitors since the days of the Grand Tour. Its Baroque and Art Nouveau architecture, its palaces, its art galleries and museums, the rich cultural heritage, the cafés, the cakes, the music, the romance of its past. There are just so many reasons I can’t stop returning to Vienna. And it’s so easily explored on foot – which is why Spring is such a perfect time to visit. Your meanderings will be coloured by bulbs and blossoms, the people watching scene comes back to life in the sidewalk cafes and schanigärtens (beer gardens), the markets bloom with seasonal specialities, and it’s always a good time to eat strudel and sachertorte.

Where to Stay?
The Hotel Grand Ferdinand is a large, but chicly designed hotel on the Ringstrasse in the heart of town. The rooms are individually designed with high end furnishings and great views. Plus, there’s a rooftop pool and a choice of three gourmet restaurants. There are 188 rooms, with room rates starting from around €140 per night.

Practical Details: You can fly direct to Vienna from Heathrow, Gatwick, Manchester, East Midlands, Leeds Bradford and Dublin. The airport is about half an hour outside the centre of town – depending on how you travel (it’s easily done on the fast City Airport Train). It’s still relatively cool in March, with maximum high temperatures at 9°C, but April sees 14°C and by May they’re up to 20°C.