Three years ago I walked part of the Camino del Santiago in Spain with a good friend. She and I went to the same school so we both know that neither of us is a wuzz as far as travelling is concerned! My friend is widely travelled herself. It is said that when a man put a gun to her ample bosom in the Philippines some years ago she was heard to have said “Put away that gun, you silly little man“ whereupon the man in question scarpered! 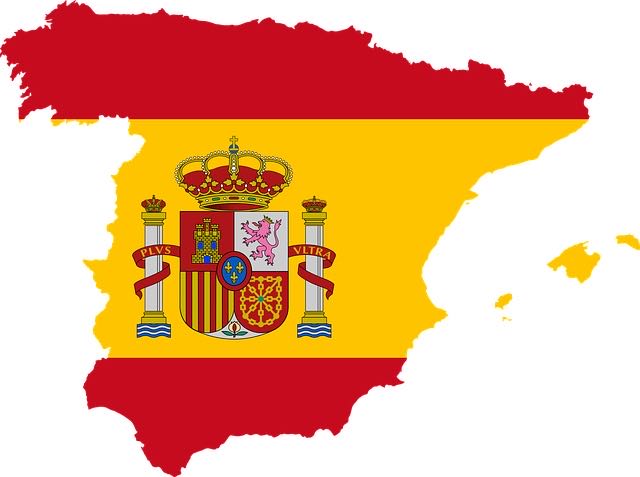 Our objective is to drive through Spain northwards staying in Sitges, the gay capital of Europe, before catching an Italian ferry from Barcelona to Genoa. From there on we are going to explore some of Shakespeare’s Italian favourites. Verona, Padua and Venice. And everything else in between! Most of the time we don’t know where we will be laying our heads, but good old Agoda at 6pm usually does the trick. After Venice the plan is to hug the coast of Croatia all the way down to the Southern most border. My friend will be driving on alone from there to Albania and Greece. I have to get home.

We have booked two Airbnb’s in Croatia because we wanted to stay put in a couple of places and get the feel of the country. For me the joy of Airbnb is you are virtually always in a residential area so you get, to use an old military expression, “Your knees under the table.“ You experience local rather than tourist life. I always try to find out how to say “please and thank you“ in every language. And how to say” I like it! “ Of course I have made some mega boo boos over the years… but even that is usually alright! I once told my Spanish plumber I was a hot woman – no wonder he got into a bit of a tizzy! He then managed to connect the hot water to flush my loo instead of cold!
Back to our adventure…

On the first day, after a hard day’s driving through the mountains of Andalusia and Valencia, we decided to stop for the night at a truckers hotel. It was nearly 9.30pm as we walked through the bar. There was a deathly hush as my companion and I walked in. I might say we are both blonde. I would also add we are both over 70!

We had a most delicious dinner, three courses each and a jug of beer for the princely sum of ten euros each. Truckers expect – and get – good value. We were tired and both went off to our respective rooms straight after our dinner. Not long after I had turned my light off I heard a knocking on my door. I thought it was going to be my lucky night (!!) so leapt up and asked who was there. Silence. Back I went to bed and it happened again… and again and again. Finally after a lot of listening to each of four walls (sadly I didn’t have a teacup) I realised what it was. The bedhead of the next door room was banging against the wall every time the occupant moved…. it went on all night.

Our next port of call was Sitges, a divine town just short of Barcelona on the coast. It has long been known as a favourite for the gay community. The seafront is quite delightful and the new balconied buildings sit harmoniously together with the old. Every balcony was bursting with flowers. There is something wonderfully colourful about gay towns. You find fascinating shops… I found a quaint one in a cobbled street which had fabulous antique jewellery in the window and some extremely naughty photos of nude ladies and gentlemen circa 1900 in the back regions! The shop owner must have bought or somehow inherited someone’s very private collection. I moved on and discovered art galleries and some very chic menswear shops and then, surprisingly enough, a dress shop for oversize women.

I very seldom mention any specific restaurant but I have to make an exception. My friend and I stumbled upon a little Italian restaurant in a back street in Sitges run by a husband and wife team. They were both as round as they were tall. A family business with only Italian food. The restaurants name is O’Vesuvio – yes it sounds Irish Italian! But I assure there is nothing Irish in this restaurant. Except perhaps warm hospitality. If you are ever in Sitges try it. Not only did we both eat and drink to perfection but the lovely owners brought out a tiramisu, compliments of the house, which was orgasmic! How it held all the alcohol which was in it was a miracle. The owners just love food obviously, but their love was infectious.  I can truly say it was the most perfect Italian food I have ever had.

After the usual line up and a two hour wait we boarded our ferry. Much to our surprise when we finally got on there were a great many families from north Africa on board. It surprised us both as we were puzzled why there should be such an exodus to Italy. Maybe they had gone home for some festival and were returning to work? All I can say is the car ferries are definitely nothing like a cruise ship. What went on simply wouldn’t have been allowed on a cruise ship.

As we were boarded fairly late we were amazed to see rugs, carpets, duvets and blankets already spread along the banquette seating in the bars and salons of the ship. it was only twelve noon. Non cabin travelling people simply bag a place and sleep on the floor or on the sofas for the entire journey. The Piano bar which we had hoped to spend the evening in had been turned into a prayer room; the bar was locked and there were prayer mats all over the floor. Tonight we will find out whether it has a dual role! We have a cabin. We have a bottle opener, one bottle of good red wine, two lemons, gin and tonic. The captain has just announced that we are in for rough weather!
I will tell you more in my next blog!