Spanish traditions and hospitality and a new take on Christmas

I have just returned from a wedding in Granada, Spain. It was so special in so many ways. As the only English and completely non-Spanish speaking guests (apart from the odd Hola and Hasta luego) it could have been a disaster. However Husband and I and three of our children enjoyed all the Spanish traditions. We were embraced by all the other guests and made to feel like royalty. The overriding concern was that we were enjoying Spain and the Spanish hospitality. They could not do more to make us feel at home. Much of their appreciation of us was to make sure we always had a drink and if we did not then they were happy to go to the bar to get us one. The drink flowed and so did the conversation. It is amazing how much you can understand when you have had a few glasses of vino. 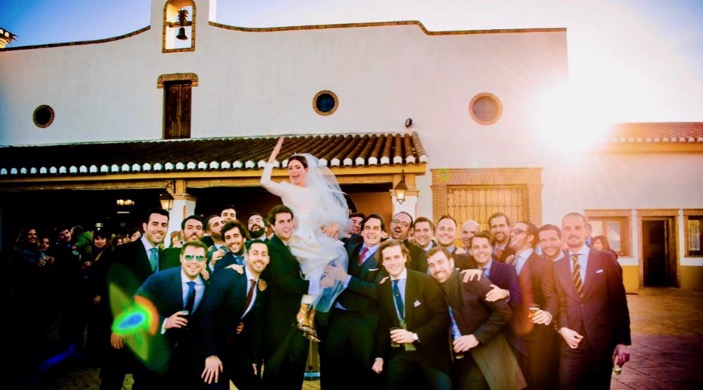 The reason it was so special is that it was the wedding of Luis, the best friend of the young man we love, Leo, who died 3 years ago of Cystic Fibrosis (see the post I wrote at the time of his death) We had known Luis for nearly as long as we knew Leo and he had grown close to all of our children. During the wedding Leo was spoken about often and his presence was very much felt. His parents were witnesses to the marriage, there was a prayer for Leo and of course the best man, Karel, spoke lovingly of him in his speech. Leo, Luis and Karel had been like three brothers doing everything together and so he was desperately missed on a day that he would have played such a large part.

The wedding was also special because there were all ages from 0 – 90+ – one of the many Spanish traditions that we enjoyed. After the service in Granada cathedral the newly married couple made a detour, on their way to the reception, to visit an elderly grandparent who could not make the service. It was an all-inclusive wedding in every respect.

We quickly learned all of the Spanish traditions…..every so often someone spontaneously shouted, “Vivian los Novios” (long live the couple) and then there was much cheering and waving of our napkins. We soon learned the actions and the words seemed to come equally as easily or at least the improvised ones did.

Of course no Spanish wedding would be complete without dancing. The whole party of 350 guests moved onto the dance floor. Gypsy Kings songs were regularly played which got us all strutting our stuff and there was even the odd Spanish dance with a lot of clicking of heels and hands. We became quite the Flamenco dancers. Only one speech, thank the Lord, which the speech maker kindly translated for us afterwards.

Granada is the most wonderful city. Walking in the old part of the city is magical with the Alhambra fortress towering over us. The view from the top is sensational. President Clinton said it was one of the most spectacular he had ever enjoyed. Behind it all are the mountains of the Sierra Nevada which were snow-capped whilst we walked in warm sunshine. 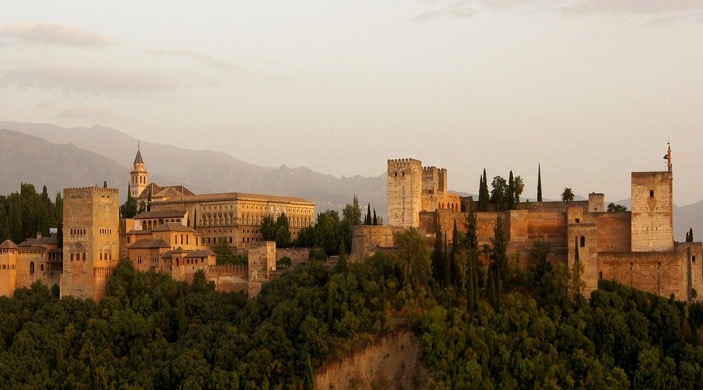 There was no sign of Christmas in the shops or on the streets. No trees, lights, decorations etc. So I asked what were the Christmas traditions in Spain, as obviously we have been immersed in the ‘spirit of Christmas’ since mid-September. Apparently the Spanish celebrate the feast of the Immaculate Conception, 8th December, and then they start to build their Nativity scenes in their houses. Most Spaniards have their Christmas meal on Christmas Eve and then go to Midnight Mass.

Apart from Christmas, there is another festival that is celebrated in Spain that is about the Christmas Story. It is called Epiphany and is celebrated on 6th January. In Spanish, Epiphany is called ‘Fiesta de Los tres Reyes Mages’: in English this means ‘The festival of the three Magic Kings’. Epiphany celebrates when the Kings or Wise men brought gifts to the baby Jesus.

Children have some presents on Christmas Day, but most are opened at Epiphany. Children believe that the Kings bring presents to them at Epiphany. They write letters to the Kings asking for toys and presents. And on Epiphany Eve (January 5th) they leave shoes on windowsills or balconies or under the Christmas Tree to be filled with presents. I hope you can borrow a large shoe as tiny feet mean tiny presents!!

Gifts are often left by children for the Kings, a glass of Cognac for each King, a satsuma and some walnuts. Sometimes a bucket of water is left for the camels that bring the Kings! If the children have been bad, the Kings might leave pieces of coal made out of sugar in the presents!

In the Basque country (which is a part of northern Spain and southern France), on Christmas Eve, children’s presents are delivered by a magical man called Olentzero. He’s a big, overweight man wearing a beret and smoking a pipe (is that still allowed with the EU no smoking in public places?) He dresses like a Basque farmer.

In the Catalonia province of Spain there’s a Christmas character called ‘Tió de Nadal’ (the Christmas log) or he’s sometimes known as ‘Caga tio’ (the pooping log!). It’s a small hollow log propped up on two legs with a smiling face painted on one end. From the Feast of the Immaculate Conception Catalan families gives the log a few morsels of food to ‘eat’ and a blanket to keep it warm. On Christmas Day or Christmas Eve, the log then ‘gives out’ small gifts! People sing a special song and hit the log with sticks to help its ‘digestion’ and the log drops sweets, nuts, and dried fruits. When garlic or an onion falls out of the log, all of the treats are finished for the year.

Ancient Spanish traditions appear to determine their Christmas rather than in the UK where commercialism dominates our Christmas.

Christmas in the UK

As I write this post I can hear in the background a radio programme discussing ‘How to survive your family this Christmas’. Meanwhile the British newspapers and magazines are filled with their annual articles about how to make Christmas easier.

Conversation in the UK changes on 1st December from discussing the weather to asking about Christmas. The weather is a given – damp and grey. But Christmas brings out a whole new set of questions. Are you all ready? If you haven’t bought and wrapped all your presents by about 10th December you are considered to be leaving it a little late.  Who have you got coming? If you haven’t got at least 20 around your dining table then you are definitely not trying or haven’t got any friends. What I am trying to say is that Christmas brings out the competitive spirit in us women rather than the festive spirit.

We have definitely cut back on the present side as our children are grown-up and we are not yet at the grandchildren stage. As for the feast let’s face it, it is just a Sunday roast with a few extra trimmings. There are so many excellent ways to cheat (please leave your cheats in the comments section so we can all benefit).

What I really learned in Spain is that it is the people not the presents that make the day special. At the wedding I danced until my feet gave up the will to live. I hugged a lot of people, laughed until I cried, and came home with an enormous admiration and love of Spanish traditions and their hospitality.

Northern Male has written a very amusing post on this theme called, An alternative lead up to Christmas.