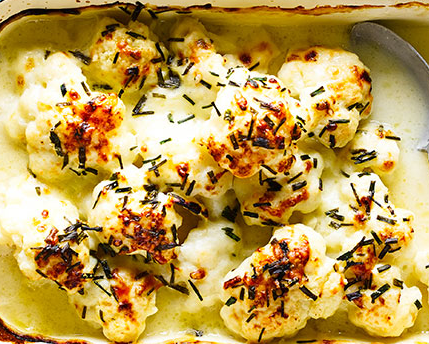 Special because its lighter. Adapted from a BBC GoodFood recipe at 251 calories per portion. Instead of the chives, we served with crispy organic streaky bacon, grilled to within an inch of its life, so a bit more calorific, but still healthy! Serves 4 but husband and I scoffed it all up between us as a main course one evening.