As I look out the window the snow is swirling in large, soft flakes. It’s very beautiful, and quite mesmerising, but not really what I feel like I’m entitled to in the last days of February. My snowdrops and early crocuses are surrounded by pixie sized snow drifts. I don’t want to sound like I’m moaning about the weather, far from, it, I’d much rather it snowed than was just cold and/or miserable (even the rain has a lot to enjoy about it), but I would really, really just like to smell the start of Spring. I feel as if that’s a reasonable thing to be hoping for, so I thought I’d channel this hope into looking at pictures of some of the UK’s most charming spring destinations. And then I thought I may as well take the dream a bit further and imagine where I’ll be staying while I’m visiting. Then perhaps I’ll take the plunge and just book it!

The Cotswolds, with its postcard-perfect villages of honey coloured stone mansions, ancient churches, thatched cottages and quintessential English charm, is unbelievably appealing come spring. The daffodil carpets are famous, meadows bloom, the gently rolling hills are lush and green, and the farmers markets brim over with deliciousness. You can also expect to come across some spectacular wisteria cladding – especially in Chipping Campden and Stow-on-Wold. And there’s nothing more charming than a Regency tea-room in full spring bloom. 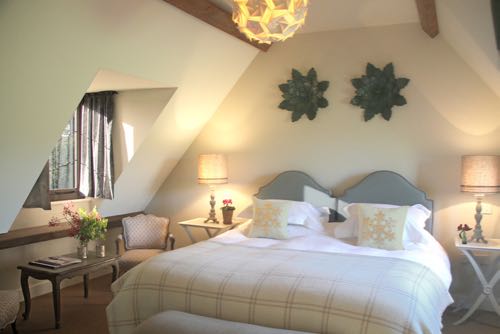 Where to Stay?
The Swan Inn, in pretty Swinbrook, close to Burford, is an elegant riverside inn with eleven bedrooms and a boutique feel. The rooms are in a converted barn or cottage by the river, and doubles start from around £125 per night. Chickens roam the garden, there’s a fine British menu and the whole place is owned by the last surviving Mitford sister, so there’s a touch of family glamour too.
Practical Details: You can fly into this region via Birmingham, Heathrow or Bristol, or travel in by train. There are reasonable links by train and bus between Cotswolds towns but it’s definitely easier if you have access to a car. The average high temperatures for March in the Cotswolds are only around 11°C, but by May you can expect 18°C. April is known for its showers, so bring your brolly.

Criss-crossed with sunken lanes, dotted with gentle hills and unspoilt villages, Dorset has escaped the brutality – yet convenience – of a motorway. So the landscape of Thomas Hardy’s novels has retained much of its lush, pastoral look, and the incredible coastline has a bevy of beaches which will be irresistible to walkers, runners and sitters alike. In spring, as well as the bluebells colouring the floor of Dorset’s woods with blue and mauve, and the daffodils lining the roads like a welcoming salute, the puffins and other seabirds start returning to the lovely coastline in huge flocks. 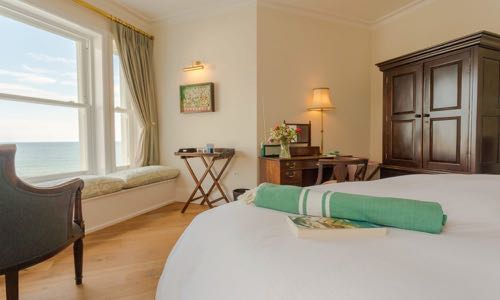 Where to Stay?
The Seaside Boarding House is a stylish, nine bedroom property with spectacular views over Lyme Bay, an excellent restaurant championing local seafood and a classic cocktail bar. Perfect for fossil hunters, this hotel has been created by the founder of the Groucho Club, so you can expect the Cape Cod meets British Edwardian decor to be spot on. Double rooms start from around £195 per night, B&B.
Practical Details: Bournemouth, Southampton and Exeter airports are all local. Alternatively, South West trains run the service to Dorset from London, which leaves from Waterloo Station. In March the average maximum temperature in Dorset is between 10 and 12°C, depending on where you’re staying exactly, but by May it’s between 16 and 19°C.

Once coal mining country, County Durham has edged back to its pastoral roots over the last three decades. The green views are still dotted with the relics of coal, but they’re less obvious than the pretty villages and unspoiled market towns with their medieval hubs. County Durham also incorporates the Teesdale hills and the North Pennines, so it has some of the UK’s highest public highways – this is a spectacular spot for a drive! To the east are stretches of long, sandy beach, so it’s also a great place for windswept coastal walking. During spring the Durham Dales are at their most colourful and the gardens in the numerous National Trust properties and castles are spectacular. 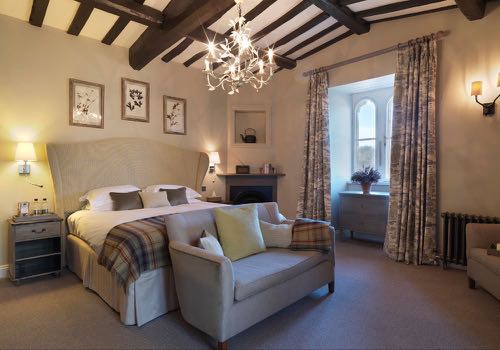 Where to Stay?
The Lord Crewe Arms, in picturesque Blanchland, is a village pub beautifully converted into a proper inn, with a country hunting lodge feel and a hearty menu. Here mobile reception is limited and there’s a wealth of outdoor pursuits right on your doorstep. There are 19 rooms, with doubles starting from around £140 per night, B&B.
Practical Details: If you’re not close by, or close to a good train connection, you can fly in to Newcastle or Durham Tees Airport. In March the average maximum temperature is around 9°C – depending on exactly where you stay – and by May it’s up around 13°C, with about six hours of sunshine a day.

The Brecon Beacons stretch between Hay-on-Wye in the east to Llandeilo in the west, covering the Central Beacons, the Black Mountains and Fflorst Fawr, along with moorlands and forests, and lakes, gorges and valleys. There are walking trails for everyone here, from serious outdoors folk to Sunday strollers, and secret peaceful places to be discovered, as well as famous beauty spots. Often it’s just you and the wild Welsh mountain ponies sharing the view! During Spring you might also share some of your views with the lambs, though not if you’re enjoying a sunny day in one of the regions beer gardens. And if the weather is rainy you can take shelter in one of the local underground cave systems, or in one of several impressive medieval castles. 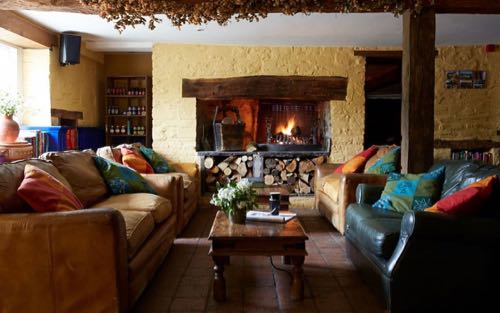 Where to Stay?
The Felin Fach Griffin, in Felinfach, which is between Brecon and Hay-on-Wye, is an award-winning gastro pub and old inn, with beautiful views and welcoming open fires. There are just seven, brightly coloured rooms and you can stay in a double for around £135 per night, B&B.
Practical Details: If you’re not driving – and driving is definitely the best way to travel to the Brecon Beacons, because if you have a car you’ll be able to see more of the landscape, and you get some spectacular views from the A4067 – then you can get the bus from Swansea or Cardiff. During March the maximum daily temperature is around 7°C, but by May it’s risen to 13°C, and unusually for the UK, Spring is a relatively dry month here.

Norfolk‘s horizon is almost magically flat and endless as the land, laced with inland waterways, becomes the marshes and the dunes and then the sea. And this wonderfully moist landscape is dotted with ancient chutes, castles and charming seaside towns. Beautiful and peaceful, Norfolk is a proper all ages holiday destination. In Spring, Norfolk’s woods and rolling countryside is awash with blue, yellow and white flowers, so the footpaths which criss-cross it are even more inviting. It’ll still be bracing on the coast, but the views are spectacular, and the Cromer crab is delicious. Norfolk is already known as a birdwatching destination and this time of year is when many of the migrating seabirds start to return. 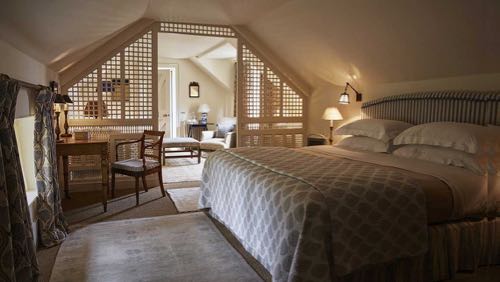 Where to Stay?
The Gunton Arms is a lavish, recently restored county inn on a beautiful country estate beside a magnificent deer park. The eight rooms and public spaces are very stylishly decorated, with well-chosen art and prints, belonging to a famous collector of modern art. The views over the park are superb and the food is fantastic – think Mark Hix, but heavier on the venison. Double rooms including breakfast start from under £100 per night.
Practical Details: As well as the option of arriving by car or train, you can also reach Norfolk via Norwich International Airport. The maximum average temperature for March is 9°C, but come May it gets up to 16°C.