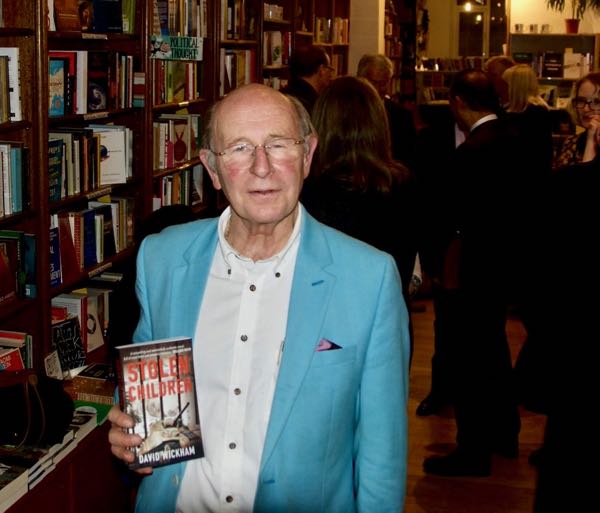 I was totally absorbed by this book, Stolen Children by David Wickham, as it is a fictional story within a true historical event. David Wickham has worked all over the world as a writer and television director and producer on news and documentaries, factual entertainment and drama programmes. He has won numerous international awards in London, New York, Banff and Monte Carlo and also earned a Royal Television Society award for his work. He first came across the story of Argentina’s stolen children while working on a documentary about the sinking of the General Belgrano, after the Falklands War. He has made two documentaries about the children – one for the BBC and one for ITV – and has now turned the story into a novel.

Terror stalks the streets of Argentina, during the Dirty War.

The fascist military Junta brooks no opposition. Death Squads take away anyone who disagrees with the dictatorship. 30,000 people simply disappear. Like many in the Buenos Aires aristocracy, successful lawyer Guillermo Haynes thinks the Junta is fighting a just war.

When he falls in love with Caridad, a young student, who subsequently disappears, Guillermo realises too late just how dirty the conflict has become. But as he replays his failure to do the right thing, Guillermo discovers he has a child, taken from Caridad before she was killed.

In a race to find the child, before all the evidence is destroyed, Guillermo faces his own demons, as the true horror and scale of the Junta’s war becomes apparent.

I cannot imagine how families coped with first losing their daughter and then never seeing a grandchild and spending the rest of their days searching even if only to find the bodies so that they can be buried. These events happened in our lifetime and yet are only now being revealed. Between 1976 and 1982, the Argentine military government killed about 30,000 people and amongst these were at least 500 pregnant women who were allowed to give birth to their children in prison and were then killed. The children were given to military families, or friends of the military regime, to prevent the rise of another generation of subversives. We continue to live in a cruel world but it is so important that these stories are told and that people are made aware of what the human race are capable of doing to each other.

I found the story both heartbreaking and touching and it was obvious that the author was passionate about his subject and telling the story. Whilst the actual story is fictional it was still very emotive and harrowing at times.

I look forward to reading more from this author. Click HERE to find the book on Amazon.