Stop the world - I want to get off / The CountryWives

Back in the early 1960s there was a musical called Stop the World – I want to get off by Leslie Bricusse and Anthony Newley. This last week these words have been at the forefront of my mind and in my opinion never been more appropriate. I genuinely feel I want to stop the carousel and leave the rat race now, to go find a peaceful spot and live my life, with my OH, away from all the aggression, madness, and Brexit talk. 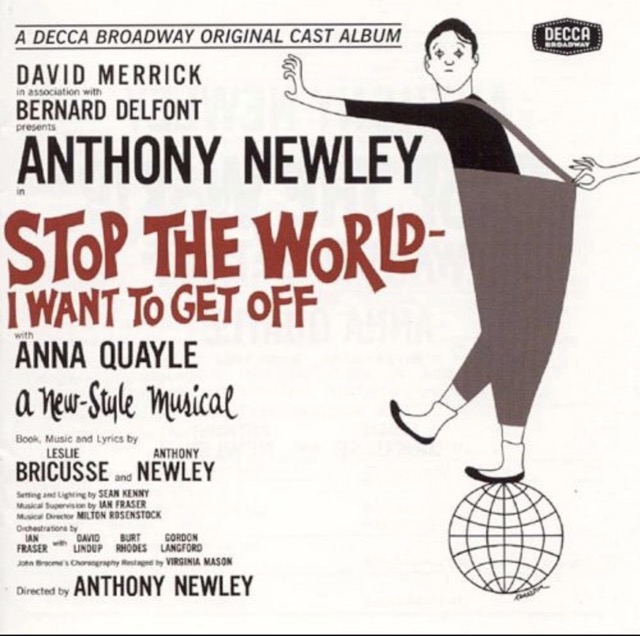 What are my issues?

Apart from the refugee crisis, ethnic cleansing, racism, lunatic dictators, failing economies, social media destroying our children, climate change, and so on I have some other issues that are making me want to stop and get off now.

74 is the murder tally so far this year in London and we are only in June. Drug turf wars are the no.1 reason for this high death count. It amazes me that in this world of ‘knowledge at our fingertips’ we are told that there is a huge increase in drug taking amongst the so called ‘educated and intelligent’. Dinner parties in SW3 are more about the drugs than the food and wine. Is this why they all look so skinny? Down in the country we are all about the carbs and the calories. Maybe when Uber operates in the sticks the drug barons will extend their delivery service to beyond the M25. I am no prude but this is a good enough reason for me to want to find a bolthole away from all this madness.

Don’t even get me onto politics. Is there any party, or even an individual politician that you feel will represent you to do the best they can for their constituents. Too many of them put their own self-interests first when deciding what way to lead us. Two words sum this feeling up, Boris Johnson. He who used to be described as a man of the people but now seems to be more of the ‘every man for himself’ persuasion.

Look across the water to the most powerful leader in the Free World. Yes President Donald Trump who walks out of the tempestuous G7 talks like a defiant teenager who is bored and disinterested in the topics under discussion (the climate being one such subject). He flies to Singapore to meet with the world’s most unpredictable dictator Kim Jong-Un and whilst aboard Air Force One he sends a couple of incendiary tweets aimed at Mr. Trudeau. It only took 280 characters for good neighbourly relations between the US and Canada to go down the pan. Meanwhile at the first dinner in Singapore Trumps was presented with a birthday cake as he turned 72 years on Tuesday. Maybe his advanced years means he is not too interested in the world’s long-term future as he won’t be around for too much longer, with any luck (whoops did I type those terrible words!) Just as a footnote to all of this; whilst the G7 were attempting to meet, President Putin was meeting with China’s Xi Jinping. Are we really entering an era of international dislocation?

As for all the Brexit talk amongst the chattering classes, it now bores me rigid. It seems to be the sole topic of discussion and as none of us know what is going to happen, why we voted for it (if we did) and was it really the right choice, I think we should all avoid the topic and wait and see. We may be good at queuing but we seem to be very impatient when it comes to our politicians. Sadly I am not sure those negotiating on our behalf know any more than us. What I do know is that we are going to be left in this in-between world, neither in nor out with none of the benefits but all of the hardships. We have been punching above our weight far too long and now the reality that we a very small cog in the world wheel has begun to sink in.

So where is this mountain top dream going to take me? Some place that my children can visit but where the daily news cannot reach me. I want English flowers and greenery, sunshine, intermittent internet, good food and wine and for it to be a short plane ride away i.e. under 4 hours but far enough away from all this political correctness. Oh and BBC iPlayer so I can watch Poldark and ogle those abs – is that allowed anymore? My friends can visit if they don’t bring the newspapers and we will have no talk of politics. Fantasy? Probably but I can go on dreaming can’t I as it is better than the reality!

So that is why I want to stop the world sometime soon so that I can get off.