Book Review: The Tattooist Of Auschwitz By Heather Morris

As I was visiting Auschwitz this week I thought it was a good time to read this book, The Tattooist of Auschwitz by Heather Morris. It has been top of so many bestselling lists and whilst I have read many books written by survivors of the Auschwitz death camp, there are always more stories to be told. 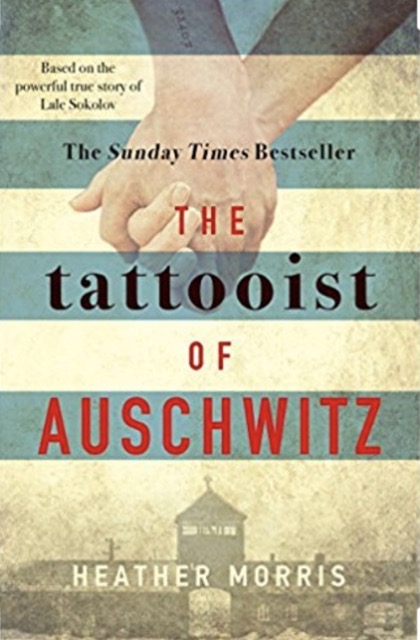 From the start this is an intriguing book as it is written by Heather Morris about Lale Solokov who she met in 2003, a meeting that changed both of their lives. Lale entrusted Heather to tell the world the innermost details of his life during the Holocaust.

There can never be too many of these books as the more there are the more likely it is that the story of the Holocaust will never be forgotten. It is particularly important now as there are so few survivors still alive. Many of them have spent years touring schools and youth groups telling their story but soon we will only have books and museums to remember them by.

a sincere…moving attempt to speak the unspeakable (The Sunday Times)

This story is unlike so many others that have been written about this appalling time in the world’s history. I felt that unlike other books there was an incredible feeling of hope that ran throughout The Tattooist of Auschwitz. Hope is what we all need to keep us going and it is extraordinary that in Auschwitz some of the prisoners could find hope. Because of this I found the book very uplifting as the love between Lale and Gita was obviously what kept them going as they lived for the snatched minutes together. However it also seemed to be uplifting for some of their friends, perhaps because for them they were surrounded by evil and darkness and then there was this one tiny flickering light of hope. Two people found each other and found love. It is like seeing one small flower breaking through a mass of weeds – it seems all the more beautiful because you can see the struggle it has had to survive but it found the sunlight eventually and bloomed.

The story is based on the true story of Lale Sokolov, who is forced to tattoo numbers on his fellow concentration camp detainees’ arms. As you have gathered Lale finds love and I will not tell you more as it is a book that needs to be read as nothing I could write will convey how powerful and moving this book was.

The story is not over-dramatised and it does not focus entirely on all of the atrocities as we know about them only too well. However it shows how strong the human spirit is, how much it can suffer and yet still survive. Finally how people who have been so badly treated can still forgive never ceases to amaze me.

Terrible times bring good things too. Friendships are made that last because they know nothing can stop people loving each other and finding strength from this love even when faced with pure evil, a race that wants to destroy all that is good in their lives.

This is a story of survival and endurance in the most extreme circumstances. It is an outstanding read so please read it and pass the book on to the younger generation who need to be educated about what man is capable of.

To purchase The Tattooist of Auschwitz by Heather Morris from Amazon click HERE.