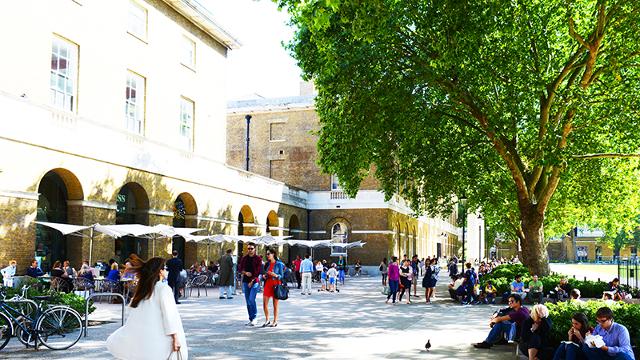 My friend Doey and I were sitting outside a cafe in Duke of York Square. Two students wandered up to us and asked if we would help them with their survey. The girl was in charge of asking questions whilst the boy would photograph us giving our answers. The first question was, “Do either of you take taxis?” I was disappointed because I could see that this would be a frightfully quick chat.

“Sadly neither of us take taxis. My friend here is from Yorkshire. Nobody from Yorkshire has ever been known to take a taxi. It’s not in their DNA. However, all our children take them because we’ve given them all our money! We could answer on their behalf?”

Doey was looking mildly upset that I had reminded her of all the dosh we had handed over to our progeny, depriving ourselves of any first-hand experience of a taxi ride for the last thirty years.

The student seemed happy with this compromise and showed us a mock-up taxi app on her iPad (probably paid for by her over-generous parents!) She pointed to a map and a target spot flashing. This apparently was Doey and I sitting in the square. Then below the map was a picture of a pretty Oriental lady smiling benignly. This was our fictional lady driver coming to pick us up. Did we like the look of her? Yes we both did. She reminded me of going on holiday to somewhere exotic. Privately, I wondered if this sweet-looking taxi girl had passed ‘The Knowledge’ or even knew where London was. She looked like she would rather be rolling about in the surf in a bikini.

Below the pretty profile picture was the type of car that would be collecting us. It was a Range Rover. Doey and I looked at each other in amazement. “Are your taxis Range Rovers?”

The art student looked worried. “You are not happy with Range Rovers? Would you prefer another type of four-wheel drive?”

“No, not at all. Range Rovers are eminently suitable, thank you very much.” Note to self, these kids of ours are not going to get their hands on this app before me, if ever! Even Doey was shrugging off her Yorkshire austerity coat in anticipation.

“Would we prefer a lady driver rather than a man?” This flummoxed us both. It turned out that neither of us could remember ever having a female cab driver before. We had no real point of reference.

“I think we would definitely like a female driver.” Doey was firm on this point. We were back in control. The art student nodded, so pleased with her, she received a tick.

“Women taxi drivers would be less likely to rape and pillage us.” I thought I would add this very valid point. No tick for me.

It’s never far from my mind (when the hubby leaves me for the fictional tarty ‘Fifi’) how I am going to get around London on my own at night time. I noticed that below the app’s map and below the profile was a fictional charge for £28.

The boy student suddenly piped up. “This is a predominantly female service, offered to women and driven by women. That is not to say we would alienate men. We wouldn’t want to be unfriendly. Men could use this service, of course, we must be careful about that.”

“Why? I think it’s brilliant that it’s a taxi service just for women. Don’t worry about alienating the men. Be as unfriendly as you like towards men, women will love you for it.”

Doey pointed out to the girl that if the men felt alienated, “They shouldn’t be so wet! They should man up!”   “Quite right” I agreed.

Somehow it transpired that now we were actually refusing to get in our fictional taxi Range Rover, driven by our pretend ‘Singapore airline hostess’s’ twin, if a man was allowed to partake of this service too! How did that happen?

The students melted away with our (not very helpful) screech of,“How much is the fare? Are you mad? Are we buying the Range Rover too?” ringing in their ears.