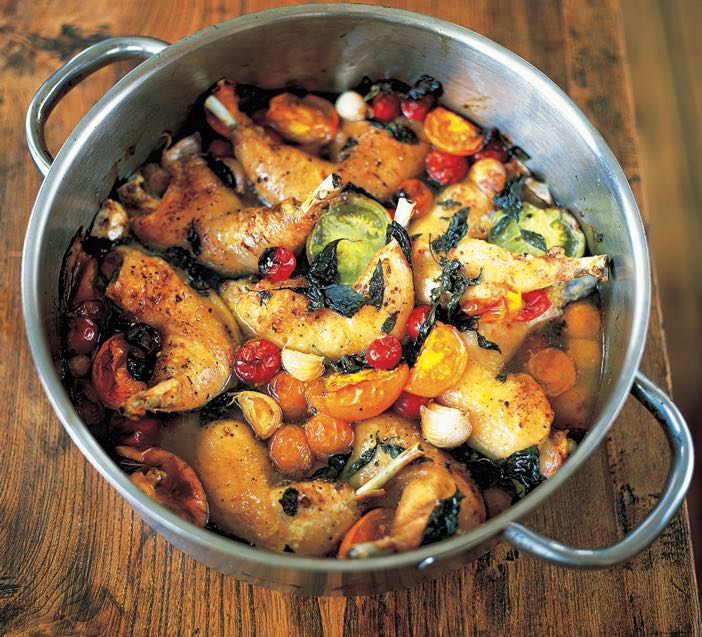 I used this super easy, slow cooking recipe for Tender Crisp Chicken with Sweet Toms (from Jamie Oliver) as the basis of supper in our house last night. I cut the quantities in half as there are only the two of us and, because I had some in my larder, served my version with black beans and wholemeal rice. You’d think the chicken would dry up being in the oven for 1.5 hours, but it was exactly as the recipe title says – tender and crisp. I added the basil five minutes before the cooking time was up rather than put it in at the beginning as I like a bit of green freshness.

How to prepare
Preheat your oven to 180°C/350°F/gas 4. Season your chicken pieces all over and put them into a snug-fitting pan in one layer. Throw in all the basil leaves and stalks, then chuck in your tomatoes. Scatter the garlic cloves into the pan with the chopped chilli and drizzle over some olive oil. Mix around a bit, pushing the tomatoes underneath. Place in the oven for 1½ hours, turning the tomatoes halfway through, until the chicken skin is crisp and the meat falls off the bone.