The Accusation: Forbidden Stories From Inside North Korea /CountryWives

In 1989, a North Korean dissident writer, known to us only by the pseudonym Bandi, began to write a series of stories about life under Kim Il-sung’s totalitarian regime. Smuggled out of North Korea and set for publication around the world in 2017, The Accusation provides a unique and shocking window on this most secretive of countries. 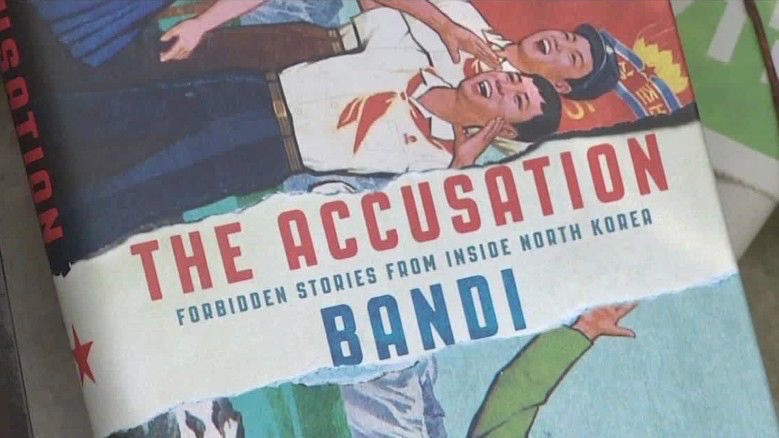 North Korea is a bit of a dark mystery and one that is currently threatening peace in the world. It may be a lot of sabre-rattling however it is a country that fascinates us as we know so little about life there. We can only imagine the worst life under a dictator, similar to living in China under the communist leader, Chairman Mao. However read this book and it will probably enlighten you whilst do not expect to be uplifted.

It is categorised as fiction as writing about life in North Korea is illegal; censorship in North Korea ranks amongst some of the most extreme in the world. The Accusation is a series of short stories of life for everyday people and, because it is a translation, the writing can seem quite simplistic however these are the simple lives of ordinary people and once you get used to the style the writing really reinforces the message. Their lives are very basic with few pleasures but still full of hope for a better way of living. There is controlled living with outlandish restrictions, famine, obscene punishment which does not fit the crime, though even the crime is questionable. The only aspect of their lives that is not controlled is their thoughts – however even those are always under suspicion. What the authorities don’t know they guess!

The writing is characterised by subtle shades of meaning or expression – a people who contemplate the larks swooping and soaring above them and marvel at their freedom. I marvelled at the strength of these people and many of the stories were heartbreaking – a son who was not allowed to travel to another area in North Korea to see his dying mother.

This is a chilling book, particularly poignant for 2017, that must be read. Then open your eyes and appreciate your own freedom with a capital ‘F’ as it is such a basic luxury that we, in the west, take for granted not withstanding the fact that it has been threatened in the last century.